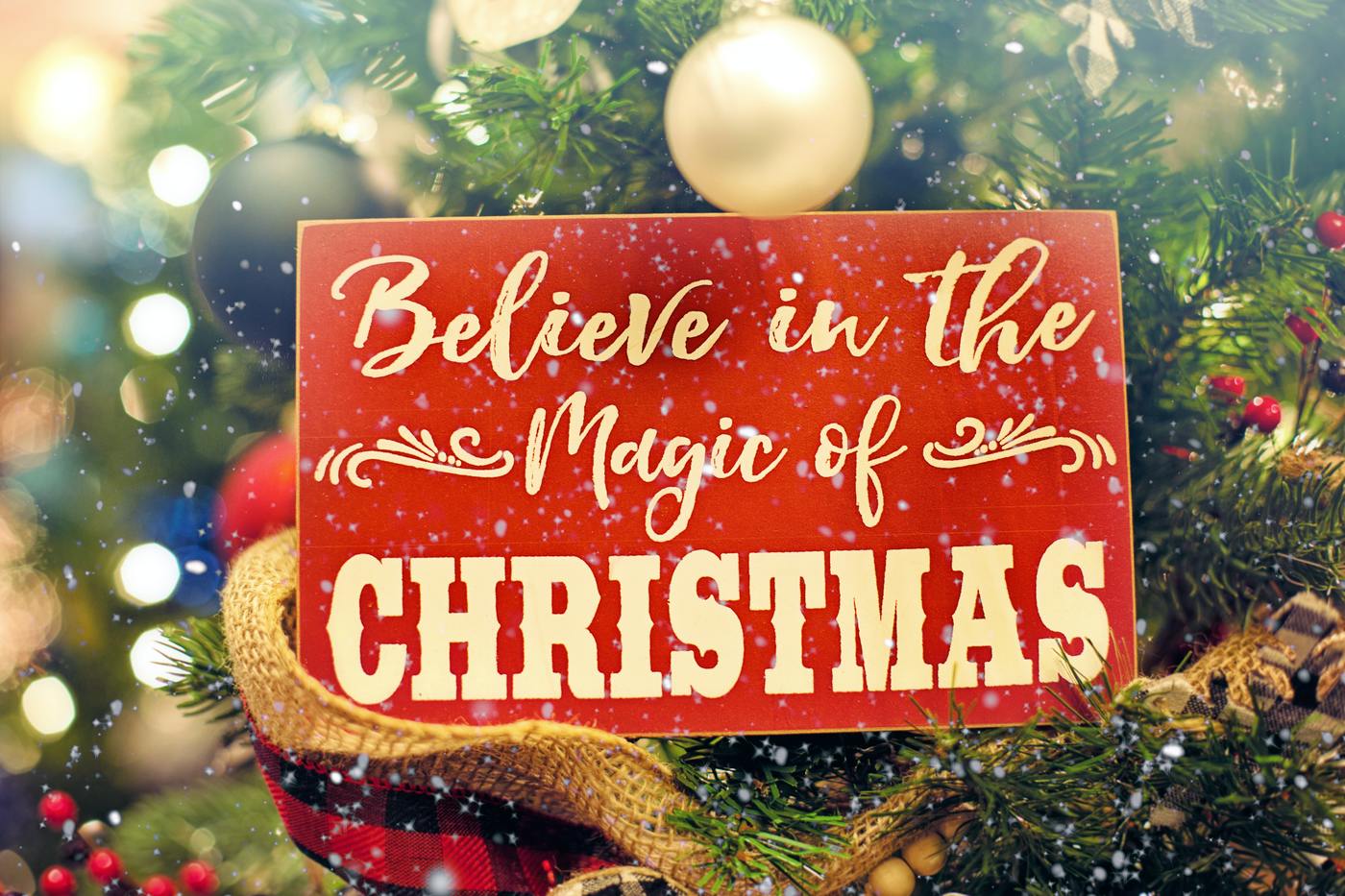 Tis the season to be jolly!

If there’s one way to get into the holiday spirit, it’s by snuggling up on the sofa with a nice warm cup of tea or hot chocolate, a mince pie or two, watching a heartwarming Christmas movie. Plus, it’s never too early to start getting festive.

Apart from the obligatory tree decorating, baking festive cookies, indulging in some delicious mulled wine and being enchanted by Christmas lights, holiday films are definitely one of the merriest parts of the season. Whether you’re into the classic Christmas films that remind you of the good old times, or in the mood for something a little more current, there’s an endless list of holiday films to choose from. Here at HIP Hotels, we’ve put together some of our favourite Christmas movies suitable for all. 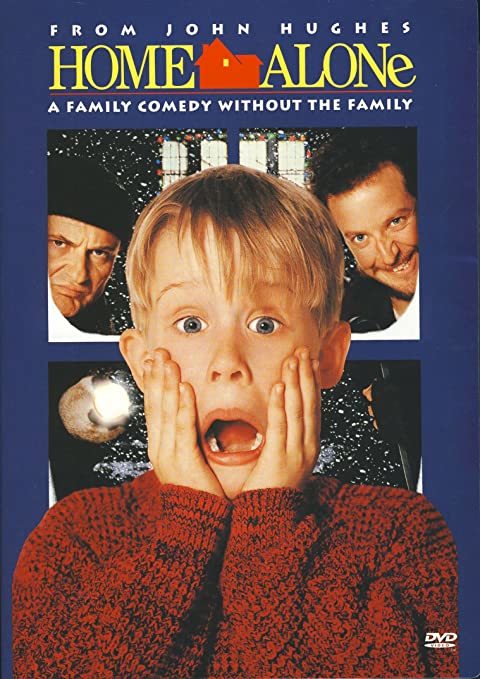 Thirty years ago, John Hughes brought us a fun, eccentric and absolutely hilarious film to our screens, making it the most-watched Christmas movie of all time. There’s nothing we love more than watching eight-year-old Kevin McCallister in Home Alone scheme his way out of a home burglary. It is utterly timeless!

After the adorable Macaulay Culkin’s character is naughty the night before a family trip to Paris, he gets sent to sleep in the attic and wishes his family would disappear. His wish is granted when the McCallister family accidentally leave for the airport without Kevin the following morning, and he awakes to an empty house much to his delight. Shortly after running around the house and being mischievous in his siblings' rooms, his glee dissipates as he realises two mysterious men (Joe Pesci & Daniel Stern) are looking to rob their house, and that he must protect the home, alone!

Filled with slapstick violence, witty one-liners and classic scenes, this good-natured family film is the perfect Christmas movie for both adults and children. 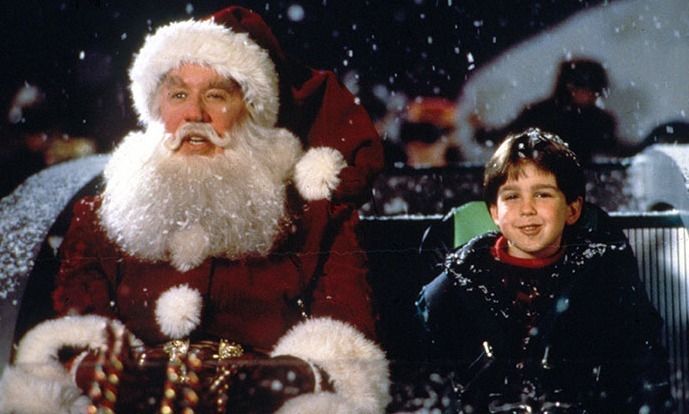 ‘Twas the night before Christmas and children were dreaming of all the presents Santa and his elves would bring them… until something horrible happened. Tim Allen stars in this incredible festive comedy where his character, Scott Calvin, a divorced father who doesn’t believe in Santa, accidentally kills the original Santa Claus by falling off the roof and is then left with an eight reindeer sleigh, a santa suit and instructions what to do if involved in the accident.

Scott and his son Charlie set off to the North Pole. Completely convinced he’s dreaming and that none of it is real, he watches himself physically morph into Santa in front of the mirror and his disbelieving ex-wife (Wendy Crewson). Christmas truly isn’t complete without watching this sweet family classic! 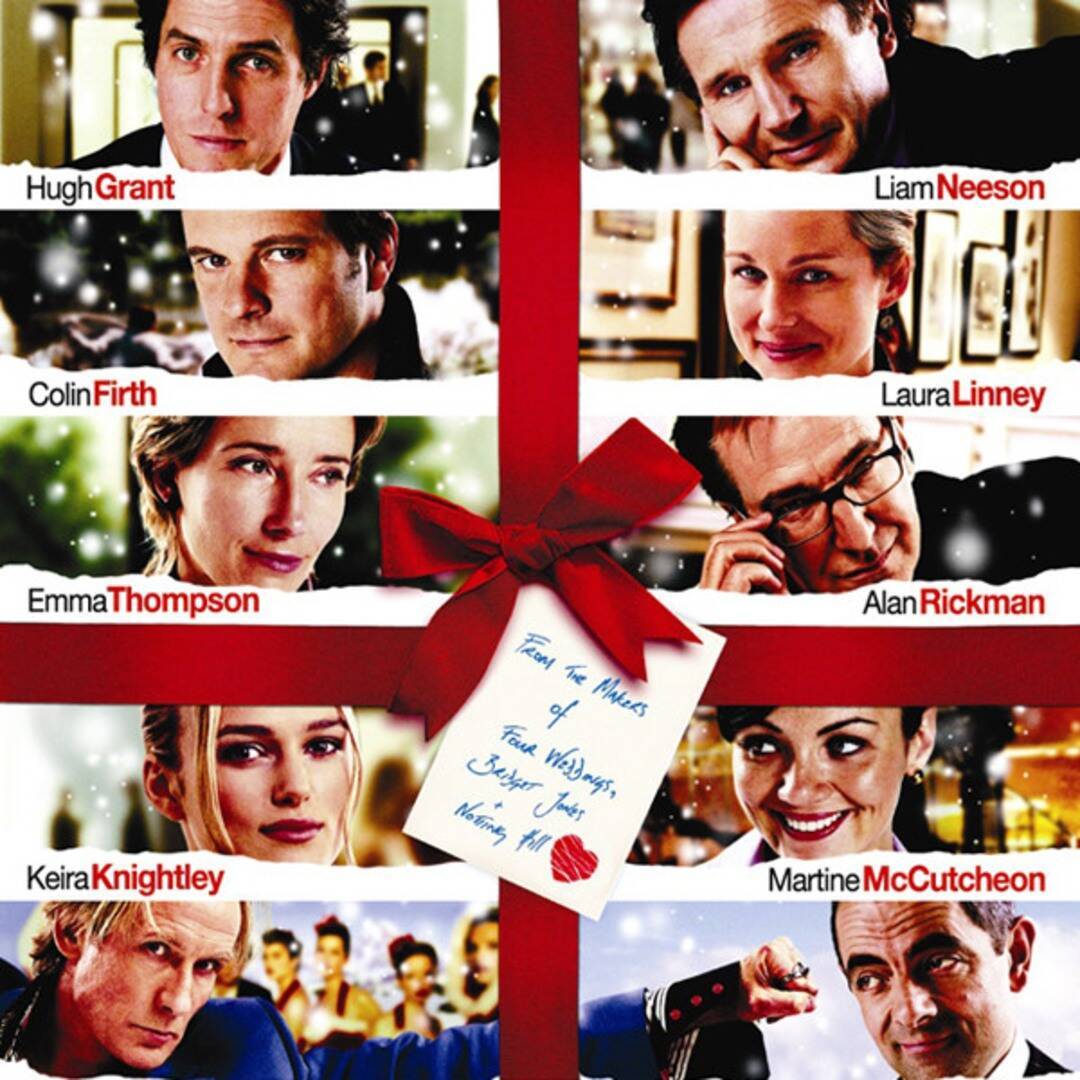 Over the years, working title films and Richard Curtis have captured the euphoria, hysteria and humiliation of love in films such as Four Weddings and a Funeral, Bridget Jones's Diary and Notting Hill. In 2003, Curtis released one of the most iconic romantic comedies and Christmas flicks of all time, winning the hearts of the nation.

Love Actually follows the lives of several individuals and their relationships around England at Christmas time, starring some of our favourite movie stars who have brought both laughter and tears to our screens; Rowan Atkinson, Hugh Grant, Colin Firth, Bill Nighy, Liam Neeson, Emma Thompson and the late Alan Rickman. From meme-able cue-card scenes and witty banter, to classic one-liners (“eight is a lot of legs David”), and cheesy love scenes, this star-studded Christmas rom-com is a must-watch to help get into the festive spirit. After all, Christmas isn’t complete without watching the iconic dance scene of Hugh Grant as Prime Minister, is it? 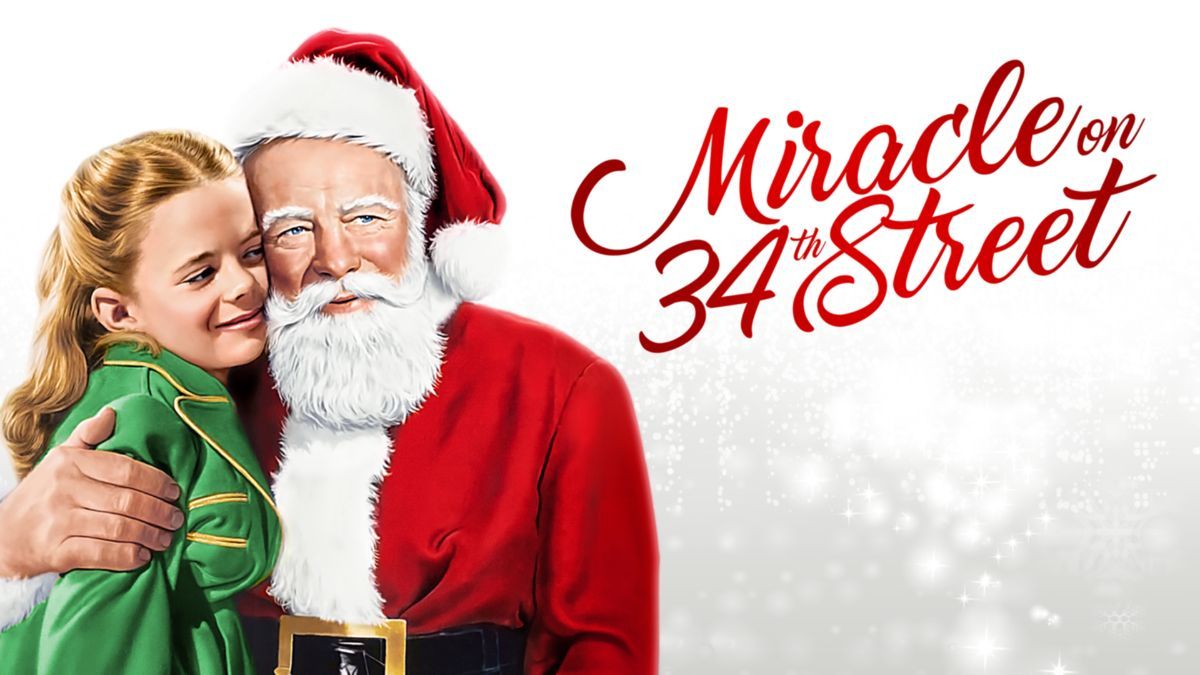 No Christmas is complete without watching the ultimate cuddly Christmas movie, Miracle on 34th Street. This 1947 film follows the original star, Edmund Gwenn who plays Kris Kringle and fills in for a drunken Santa in the iconic Macy’s annual Thanksgiving Day Parade. Becoming such a hit with the customers and employees, he sets out to prove to everyone that he is the true Santa Claus. And whilst all the children in New York begin to believe that he truly is the real deal, it leads to a long-winded court case to explore his mental health and his authenticity.

Miracle on 34th Street is a light and charming Christmas film, completely captivating and heartwarming for all viewers to indulge in. For those who have lost faith in the true meaning of Christmas, this is the perfect film to restore it! 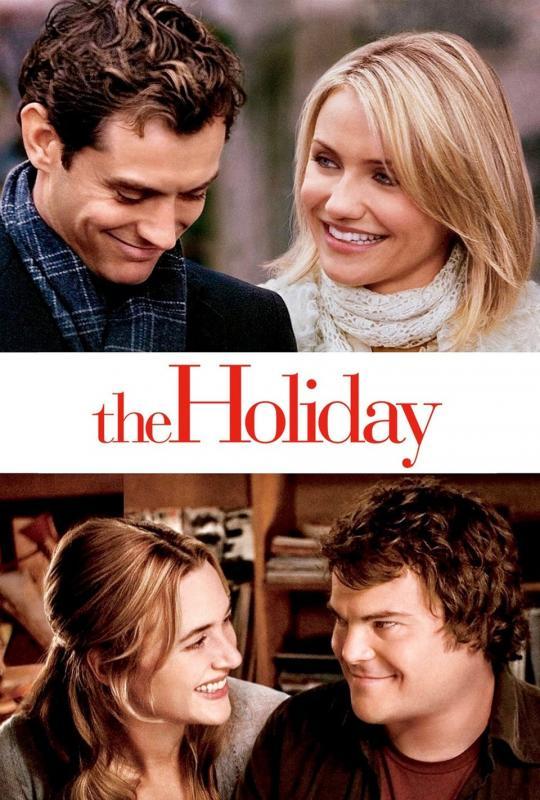 Ever enchanting, The Holiday is one of our favourite movies that still fills us with utter joy every festive season.

“Are there any men in your town? Zero!”

Nancy Meyers’ romantic comedy follows two lovesick women from opposite ends of the Atlantic Ocean, LA and England, who decide to swap homes and escape heartbreak during the Christmas and holiday season. Focussing on both of their very complicated love relationships, and their new lives in the opposing homes (not to mention their new love interests – Jude Law and Jack Black), Kate Winslet and Cameron Diaz’s journeys throughout this film brings us both tears of laughter and tears of joy.

Although the plot is absolutely spectacular, it wouldn’t be the same without the incredible and utterly magnificent soundtrack played by the iconic Hans Zimmer. A little different from his usual film soundtracks, Zimmer harboured on a much more sensitive side in this film, taking viewers on a completely emotional journey.

It hardly needs to be repeated, but the fun, good nature and absolutely hilarious Holiday film is definitely a classic you have to put on your watchlist this Christmas and every Christmas after that. 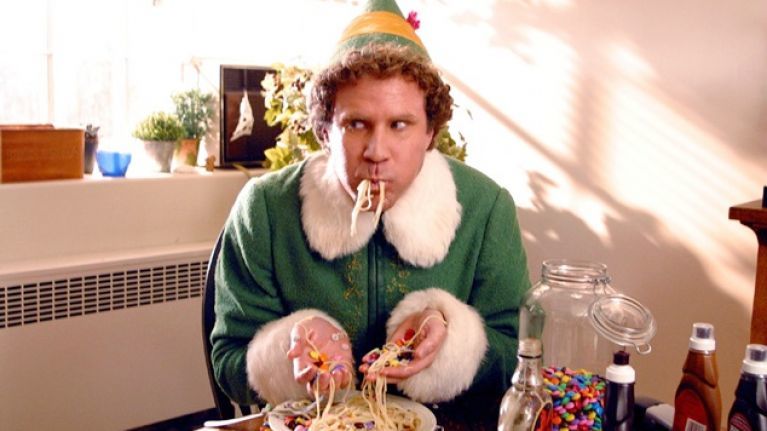 “The best way to spread Christmas cheer is singing loud for all to hear.” - Buddy the Elf

Can you remember a time when Will Ferrell wasn’t one of comedy’s biggest, most revered stars? We certainly can’t! Absolutely hilarious, sweeter than a candy cane and a family favourite, Elf is an ultimate Christmas classic and a must-watch to help get you into the festive season. After all, no one spreads Christmas cheer quite like Buddy the elf! “So, good news… I saw a dog today”.

Will Ferrell stars as Buddy, an adult man who as a child found himself accidentally taken back to the North Pole in a Christmas sack whilst Santa was doing his annual rounds, and was subsequently brought up by Santa and his elves. He grows up completely convinced he is himself an elf, who travels to New York in search of his biological father, whilst spreading Christmas cheer along his way. Featuring James Caan, Zooey Deschanel and Mary Steenburgen, this Christmas movie taps into the child-like sense of mischief all us adults hold within, offering the perfect sugar rush. 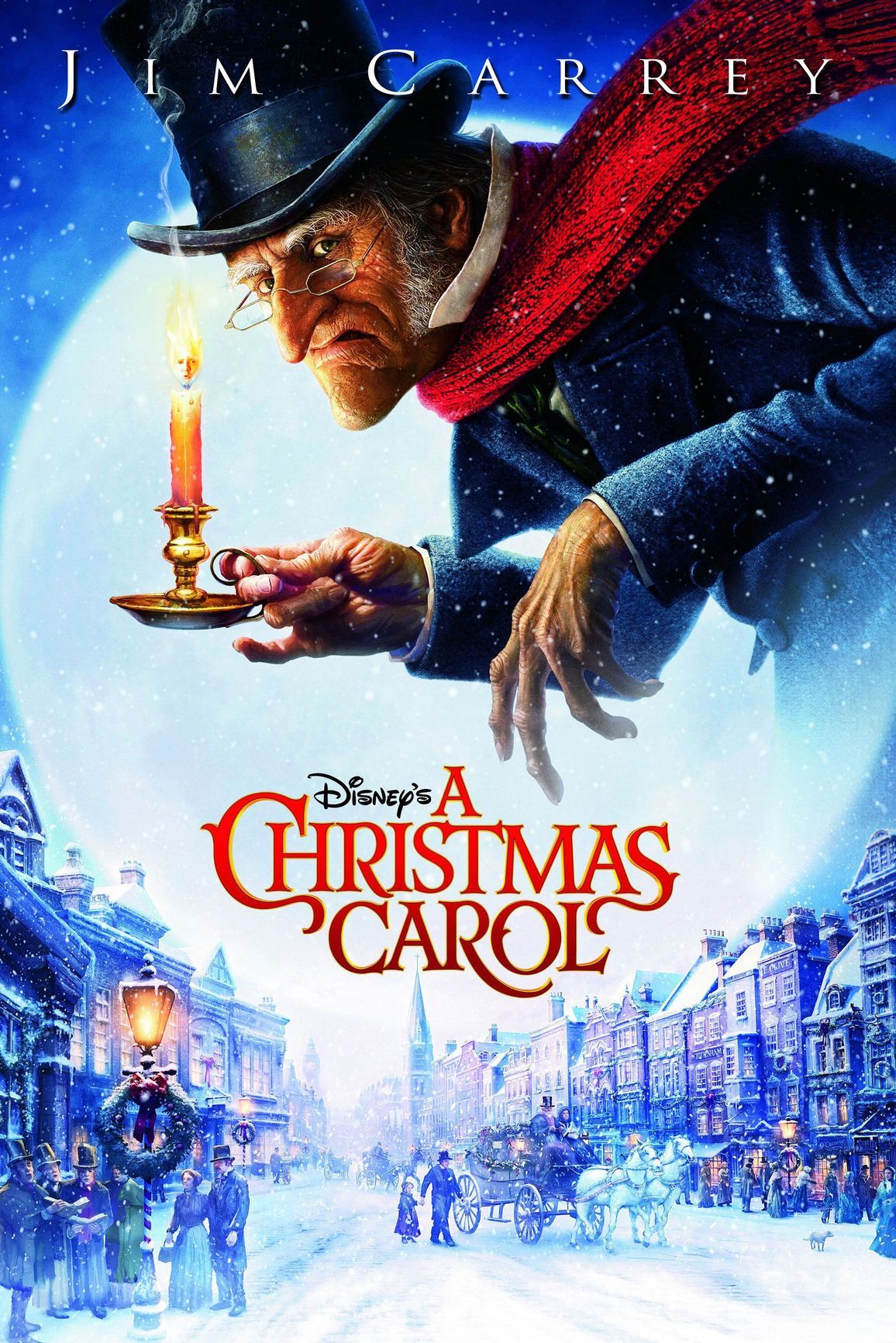 Probably the most classic of all Charles Dickens’ adaptations, A Christmas Carol is a must-watch for the entire family. This animated story follows the life of the miserable, cold-hearted Ebenezer Scrooge who absolutely despises Christmas. The 1843 novella is set in early 19th-century Victorian England, offering a truly unique visual experience. 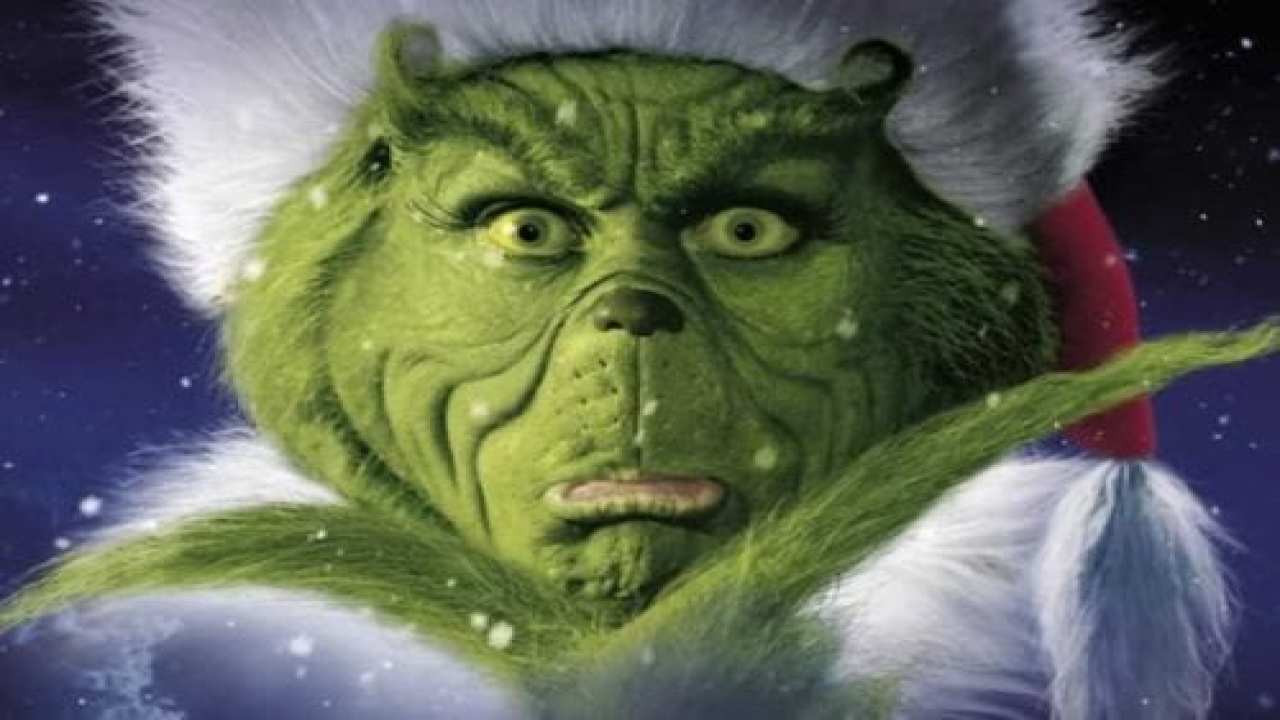 In 2000, the comedy icon Jim Carrey absolutely stole the show in the magnificent film, The Grinch (How The Grinch Stole Christmas). This whimsical Christmas tale is an absolute must-watch to help get into the Christmas spirit, whether you’re a bit of a grinch yourself or not. This live-action adaptation of the beloved children’s tale by Dr. Seuss was originally published in 1957, and has now become one of the all-time Christmas favourites for all the family.

In the story lies the magical land of Whoville, a city filled with whimsical, munchkin-like citizens, also known as Whos, nestled within a little snowflake. On top of this colourful town lives the Grinch, a nasty green creature that absolutely hates Christmas and plans to seek revenge with his reluctant dog by ruining the holiday season for all. Jim Carrey’s character grows increasingly annoyed with the ever-growing festive cheer, until he finds his plans hitting a small bump when he encounters the endearing Cindy Lou Who (Taylor Momsen), who just might change his ways.

Be sure to watch the latest animated version of this favourite holiday story, where you’ll find Benedict Cumberbatch taking the voice of our beloved Christmas grump.

The Nightmare Before Christmas (1993) 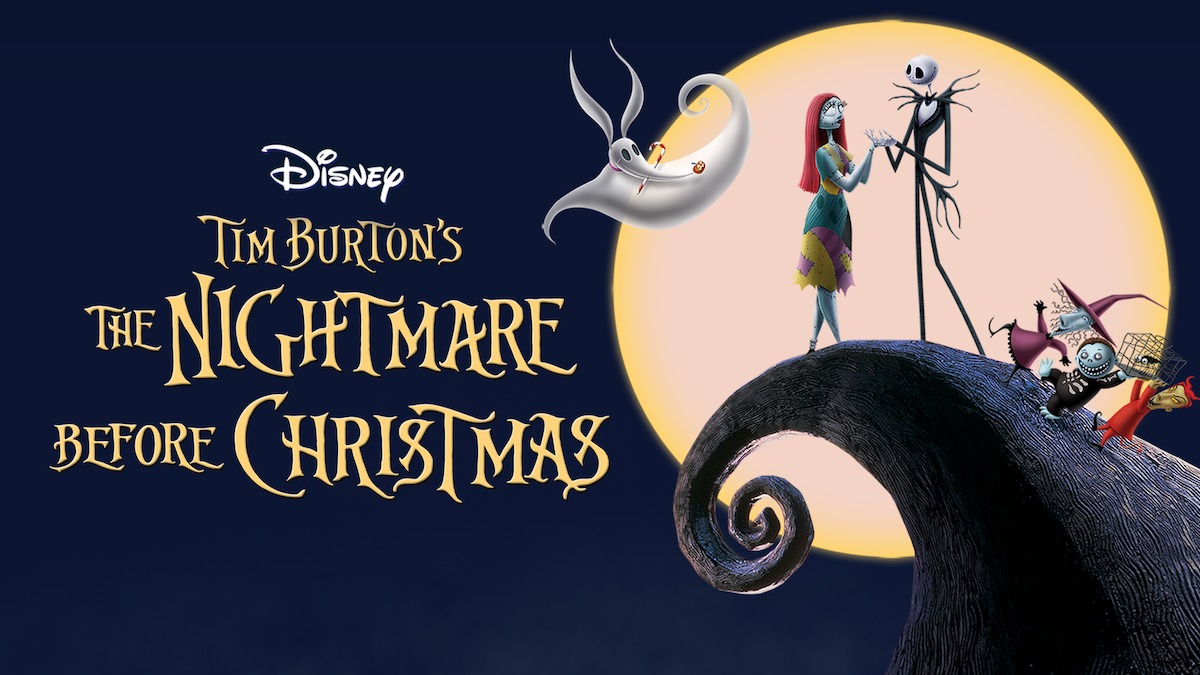 Something slightly different to your usual Christmas flick, The Nightmare Before Christmas is the perfect film for both Christmas and Halloween lovers alike. Tim Burton’s fantastic stop-motion animated fantasy musical follows the misadventures of Jack Skellington, Halloween Town’s popular pumpkin king, who finds himself bored of his annual routine of scaring people in the real world at Halloween. Looking for something a little different, and maybe a little more cheerful, Jack stumbles upon Christmas Town (just what the doctor ordered), kidnaps Santa and takes over Claus’ role, bringing Christmas under his own control – with an obvious Halloween twist.

Fun, fantastic and a little spooky, The Nightmare Before Christmas is definitely a film to put on your watchlist this holiday season, if not for the spectacular soundtrack!

If you’re a little tired of watching the same Christmas movies year after year, a jolly Netflix original hit our screens in 2018 and is an absolute must-watch!

The story of The Christmas Chronicles follows the story of brother and sister, Kate and Teddy Pierce, who hatch a plan to catch Santa Claus on camera on Christmas Eve – unprepared for the unexpected journey that lies ahead of them (something most kids could only dream about). Whilst the sneaky scheme goes slightly awry, the kids end up joining Saint Nick and his magnificent elves on a fantastical adventure to save Christmas before it’s too late. Written by the American animator and film director, Clay Kaytis, best known for the animated film, The Angry Birds Movie, this fantasy film stars some of our favourite American actors and is the perfect movie to snuggle up and watch with the family. Not to mention, dreamy on-screen couple Goldie Hawn and Kurt Russell have reunited for the sequel which is now available to watch on Netflix!