Tips On How To Ease Yourself Into The New Year

There is something about the turn of a new year that encourages us to reinvent ourselves and set out plans for the upcoming twelve months, and it’s fair to say that most people try to hit the ground running in January, just as soon as their hangovers have worn off! The “new year, new me” mentality is easy to slip into, and why shouldn’t we? A new year is a natural time in which to start over, but here at HIP Hotels, we don’t think it’s that simple, especially after the collective experience of the last couple of years.

Of course it’s easier to try and leave everything in 2021, close the book on it and start a new chapter. But that creates an incredible amount of pressure to do things differently and to make changes quickly. When this doesn’t happen, we tend to give up – only 19% of people keep their new year resolutions, most are abandoned by mid-January. We’d like to try to help you start the year more gently, more kindly and more realistically. Big, positive changes can still be made, goals can still be set, plans can still be rolled into motion; but you don’t have to do it all at once. So go and get yourself comfortable, make a cup of your favourite tea or coffee, and let us talk you through ways to start 2022 off right, but in a way that won’t feel like you’ve built yourself a mountain to climb, whilst you’re still curled up in a blanket on the sofa!

Put Together A Visualisation Board 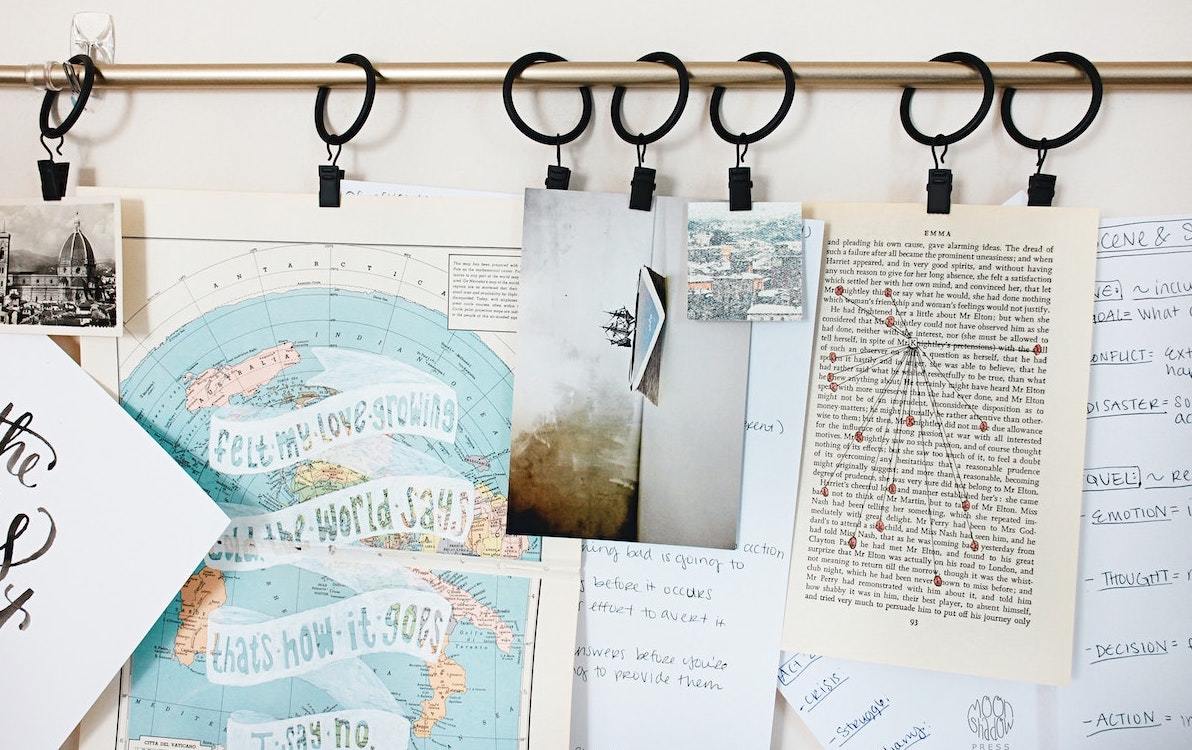 A lot of people are visual creatures, but there is a science behind why visualisation boards work so well. By looking at a visual representation of what we want to achieve, it feels a lot more realistic than just thinking or talking about it - after all, some version of it is already in front of you, right? A photoshopped image of you holding a set of keys to your dream car or home, a certificate of completion to a course you want to attend, a list of all the books you want to have read by the end of the year, and beautiful images of the places you want to travel to and tick off your bucket list. As grand or as simple as you’d like your plans for the year to be, creating a visualisation board allows you to manifest what’s on it in a way that simply thinking or talking about it doesn’t quite reach - sharing your board with a friend or two will also help you to be held accountable for your actions in working towards making your vision a reality, as well as hopefully give you a cheerleader for the journey ahead! 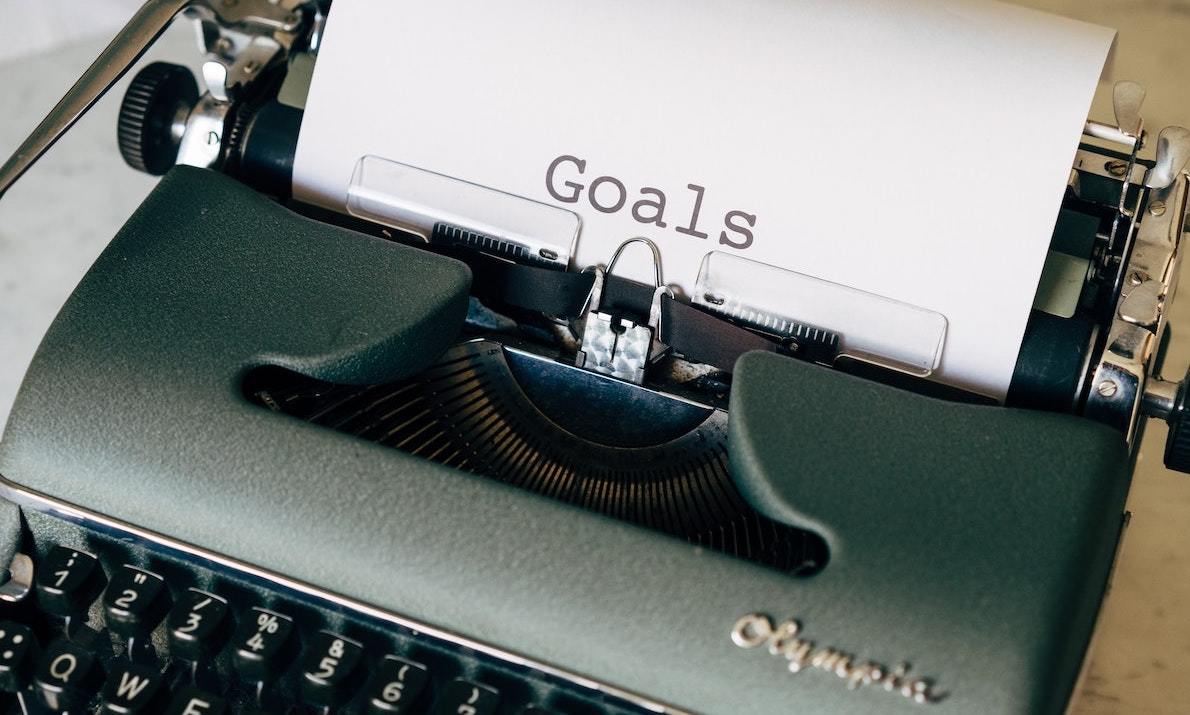 Although we would love to say that once you’ve put together your visualisation board, you’re all done with planning for the year ahead, we would be short-changing you! The visual aspect of your hopes and plans for the coming year are important, but so is breaking down how you’re going to make them a reality. Hoping to make a big purchase or travel a lot? That’s the long-term goal, so implement short-term goals of creating a savings plan and a breakdown of what you need to research to make it happen. Wanting to take a specialised course or learn a new skill? Make a plan to research the different ones on offer in the short-term, before you dive into taking the course you choose later in the year. By splitting up what you need to do to reach your goals into more manageable, byte sized chunks, it will make achieving them all a lot easier and a lot more realistic.

Ease Yourself Back Into Physical Health 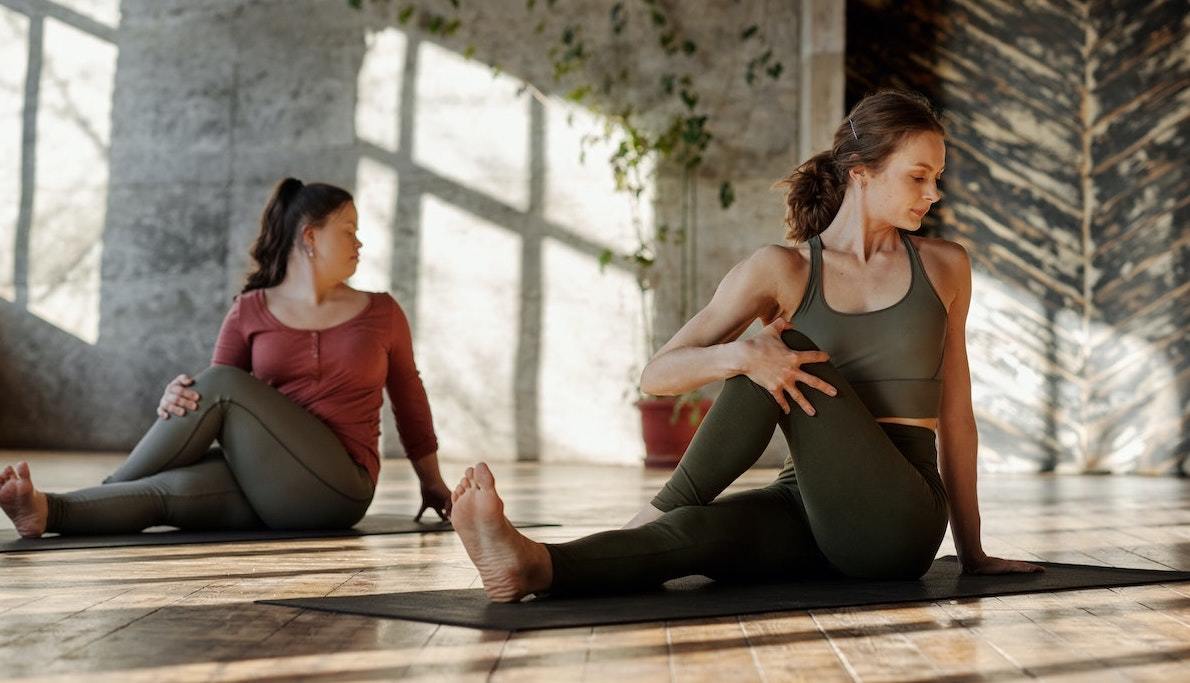 January, the month where gym membership sign-ups soar, the number of early morning runners doubles, and more people than you can count tell you that “this will be the year” they get into their dream physical health, before resigning to try again next year once February rolls around. This happens because there is so much pressure to “get into shape”, and people fail for the same reason - there is too much pressure. If hitting the ground running works for you at the dawn of a new year, then that’s great! But if it hasn’t tended to in the past, ease yourself back into it. Want to exercise more as well as eat more healthily? Start with one or the other, or take small, manageable steps each week in each category. Swapping out chocolate for fruit is hard enough after the holidays without also committing to going to the gym every day after a few weeks off! If the thought of going back to intense work-out regimes sounds too daunting after the holidays, start by going on a 30-minute walk around your nearest park, take the long way to the shops, or do some morning and evening stretches. Whatever you choose to do, simply making sure you move your body is a great way to ease yourself back into it. So go slow, and take it one step at a time - the gyms aren’t going anywhere, and neither are all the vegetables!

Be Kind To Yourself 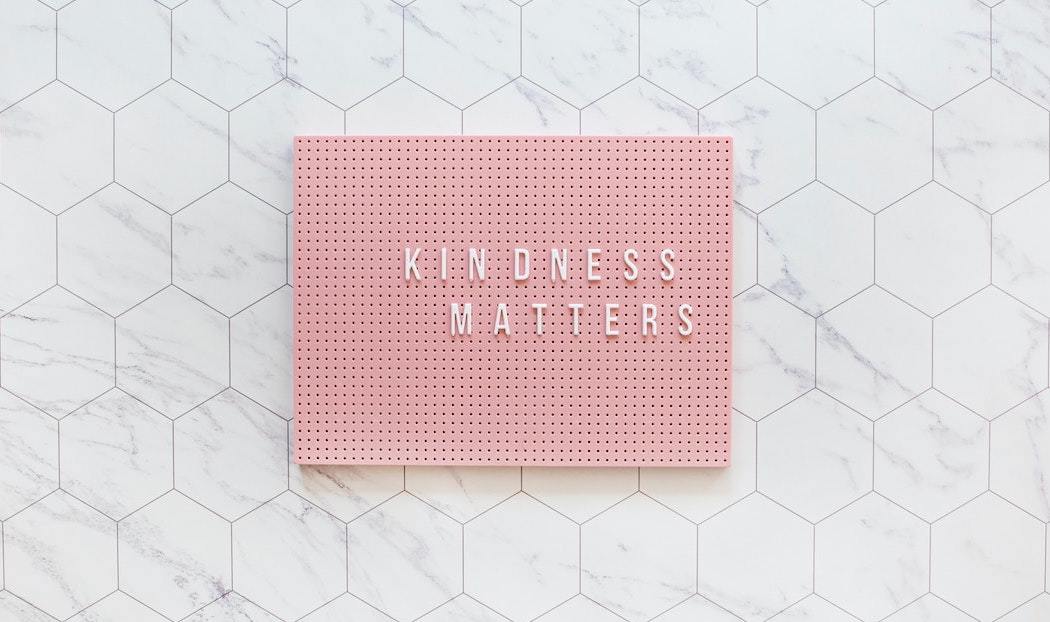 Speaking of pressure, it comes from all angles in the new year, so it can be a time where we forget to be kind to ourselves. All of a sudden adverts are popping up for diet regimes to encourage you to lose those extra few pounds from Christmas, the same for massive sales during one of the most financially strapped months of the year for most people, family members are asking questions about your future for which you don’t have answers, and friends are setting resolutions and wanting to know what yours are. It’s a lot. The pressure to be productive at the turn of a new year is ingrained into societal expectations, but we’d just like to remind you that you don’t have to listen to any of it - some people think blocking these kinds of expectations out is ignoring the inevitable. We don’t! If that’s what you need, we think that’s being kind to yourself. If you want to work out more, buy something new, or make big plans, then go for it! But remember to be kind to yourself in the process. 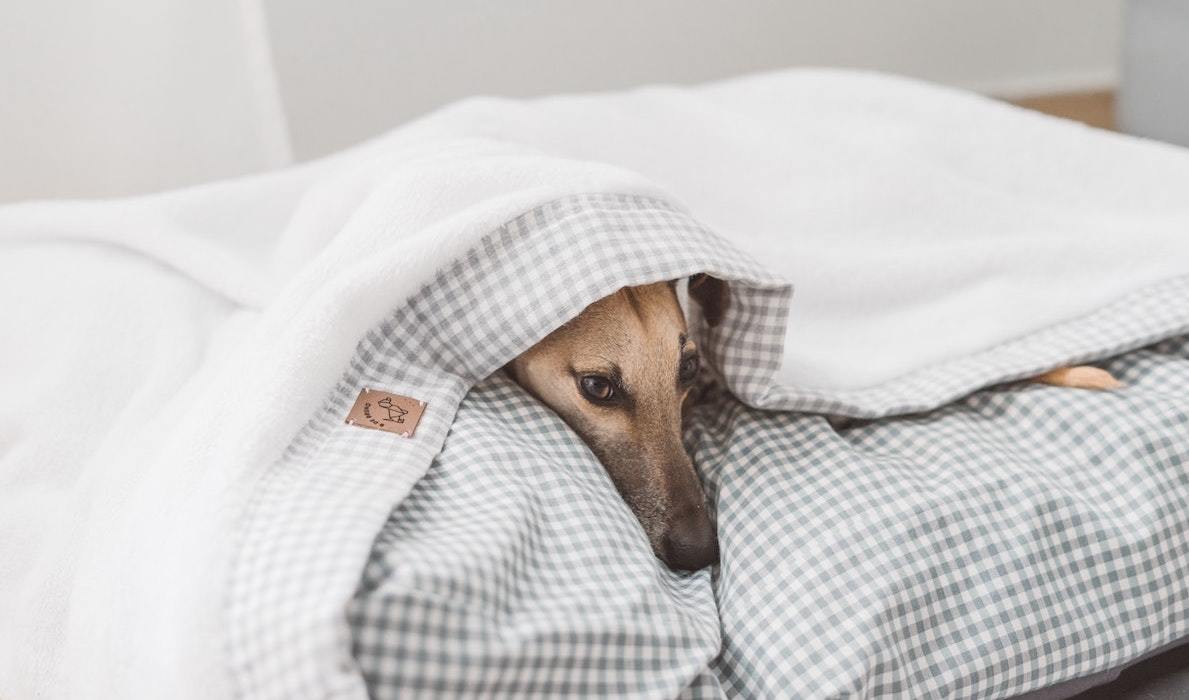 We know, we know, we’ve done a lot of resting over the last couple of years, when we’ve been forced to stop working, prevented from visiting the gym and spending time with friends and family due to the pandemic and various lockdowns. Rest got boring. But now, with the world seemingly moving at twice the speed to try and catch up, it is so very important that we make time for rest. Rest for some people is extra sleep, for others it’s periods of time refraining from using screens, spending time cooking, going on a trip alone to rebalance their mental health, or simply taking a long bubble bath with a glass of wine, a book, and zero interruptions. Whatever your version of rest is, make sure you make time for it. As the world (hopefully!) begins to come out the other side of the effects of COVID-19, more and more pressure will appear to make up for lost time, and pockets of rest will be vital to getting through it all! For if we’re not rested, everything else could fall apart, and we’ve had enough of that! 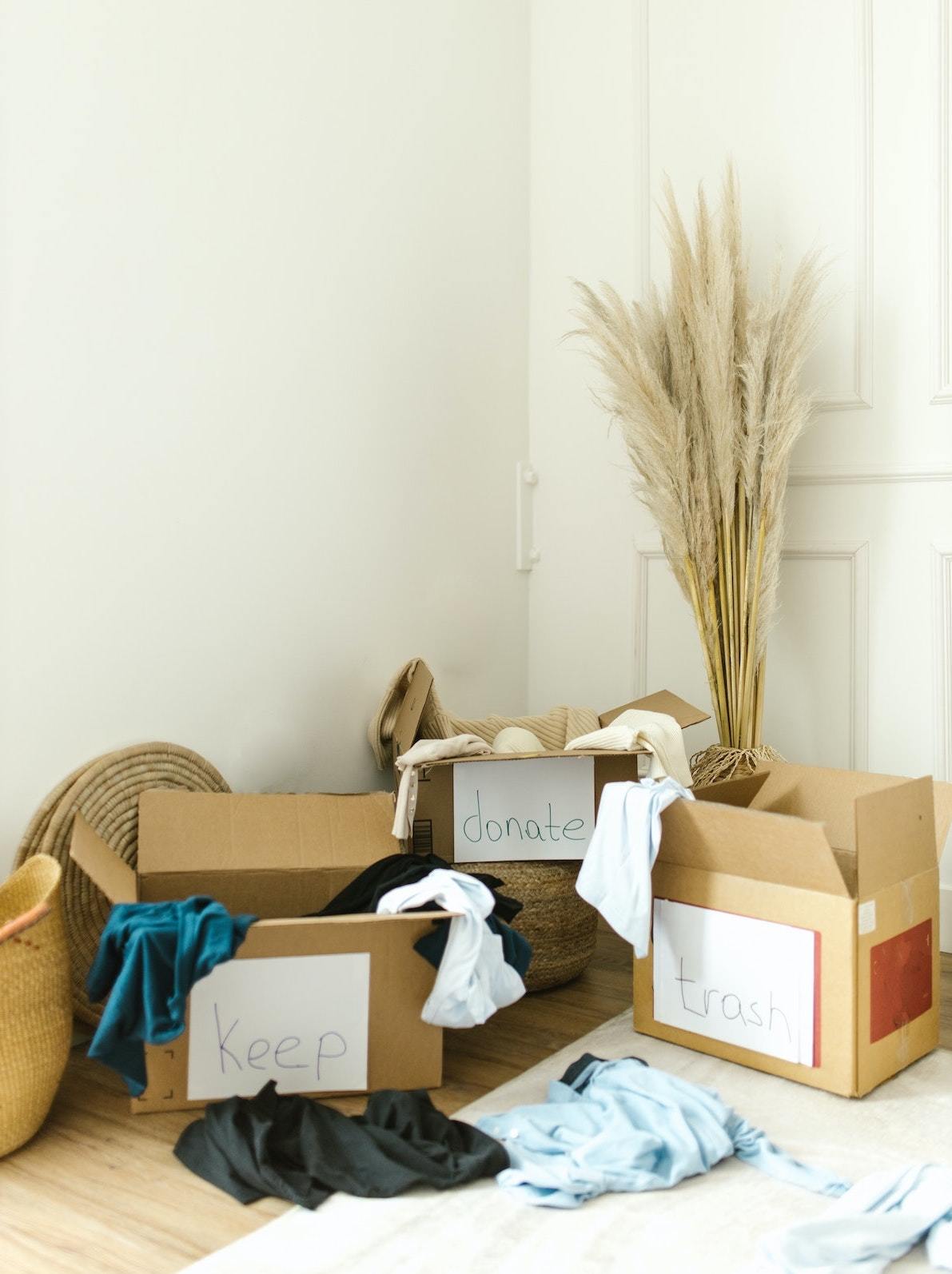 Everyone loves a good declutter right?! Clearing out the old, sometimes to make room for the new, sometimes simply because we know there’s things we don’t need nor want anymore - it’s refreshing. Whether you like to do so at the turn of a new year or wait until March for a true Spring clean, we’d just like to say one thing - you don’t have to do it all at once! If you don’t have too much that you know you’d like to get rid of, then it’s not going to take too long and a weekend will probably be all the time you need. But if you’re looking to declutter all of your worldly possessions in every room of your house, it’s going to be a BIG task. Break it down so you tackle one room or section a week (or a month, depending on how much you own or how much free time you have), remembering that the feeling of a completely decluttered home awaits you when you’re finished. Do you know you’ve got too much stuff but have no idea where to start or what to get rid of? Try the KonMari method from Marie Kondo. Although the concept of figuring out which of your belongings “spark joy” might initially seem cheesy, why would you want to keep anything that doesn’t bring you joy? After the last two years we’ve had, here at HIP Hotels we can definitively say that joy is something everyone deserves more of.