Take a trip to one of Europe's oldest cities, Lisbon, where culture, heritage and art are all abundant and can be noticed around almost every street corner.

Lisbon is a city with a dense historical past which is what makes it such a unique and fascinating holiday destination. In 711, The Arabic Moors invaded the area and seized control of Lisbon and consequently, their influence has continued to be a central part of the city's cultural heritage ever since. The Alfama district is known as the Arabic centre, where you can witness the quaint, colourful buildings and pretty mosaic tiles that have been preserved by the local community up until now.

European city breaks are notorious for breaking the bank and limiting the duration of your stay, however, Lisbon breaks these stereotypes. In 2018, it was voted the ninth-cheapest city in Europe to visit, making it even more tempting to extend your stay and continue your Portuguese adventure.

Lisbon is one of those cities that you could spend days upon end just wandering through the meandering streets, admiring the street art and stopping off at bars along the way to sample local beers and wines.

Chasing the sun? See when it's best to visit Lisbon. 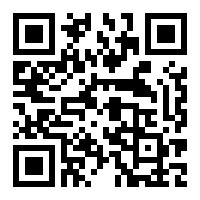