"Dinner and a Show" Is Back: Top Shows and Cuisine to Enjoy This Summer

Behind the small facades of deceivingly large buildings, dotted around bustling cities, exists an entire world that is hidden away from everyday life; the world of show business. For the last 17 months these spaces have been silent and empty, but now they are filled once again with performers, music, and that almost indescribable sense of inspiration and hope that show business provides. We think it’s fair to say that we’ve missed getting dressed up to go out to the theatre, so here at HIP Hotels we wanted to make sure you knew that dinner and a show is back - and it’s one of the things that big cities do best. Whether you’re thinking of heading to the West End, Broadway, Salzburg’s Summer Festival or the Eternal City of Rome, we’ve got you covered with some of the best places to eat and where to rest your head after a wonderful but ever so exhausting evening, of being so brilliantly entertained! 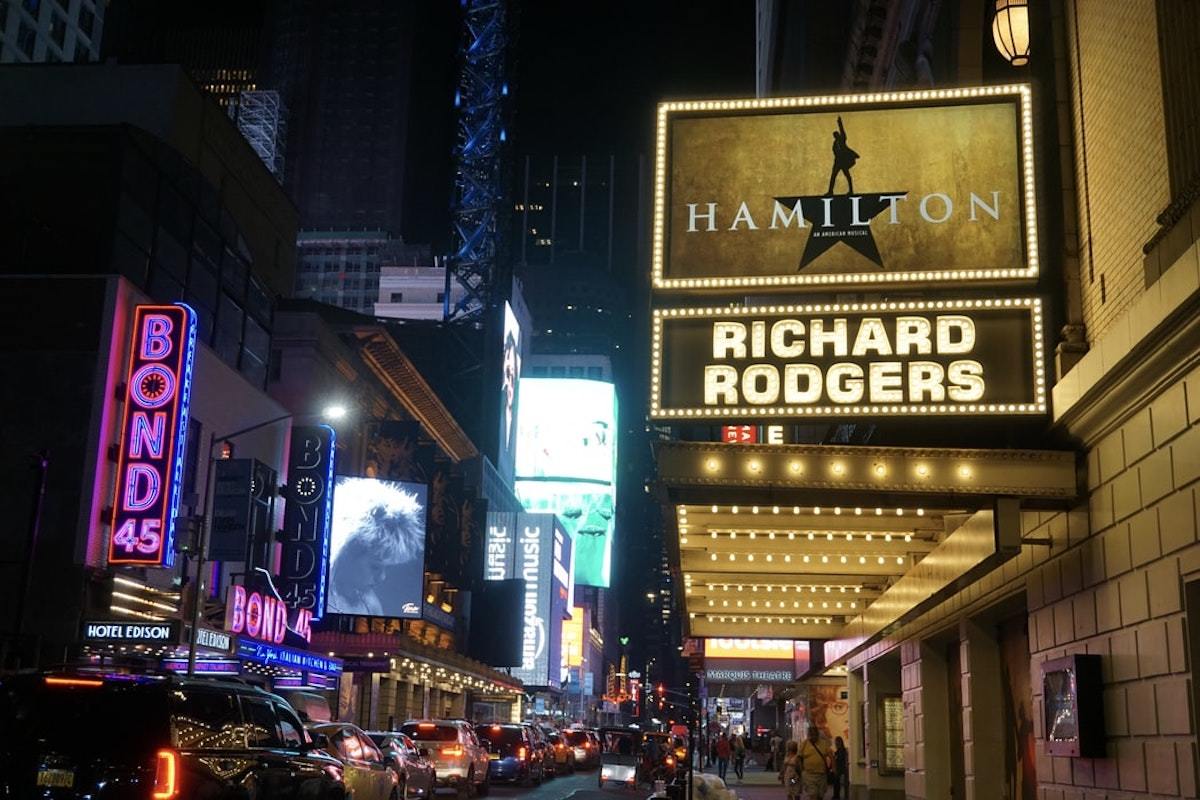 One of the biggest and best musical hits of the last decade, Hamilton tells the story of the unlikely but ambitious Founding Father, determined to make his own mark upon the newly formed nation. Written by and with original music from Lin-Manuel Miranda, Alexander Hamilton is joined by founding fathers George Washington and Thomas Jefferson, his wife Eliza Hamilton, and Aaron Burr, a lifelong friend and foe of Hamilton’s with whom he spectacularly clashes. Broadway shows in New York City are due to reopen in September at the earliest, and this brilliant musical returns to the Richard Rodgers Theatre on September 14th 2021. Hamilton broke records when the show was nominated for 16 Tony Awards less than a year after its Broadway debut, and won eleven including Best Musical. Just in case you are still hesitant, Terry Teachout from The Wall Street Journal named it “the most exciting and significant musical of the decade” and Ben Brantley of The New York Times mentioned that the adrenaline rush is “probably not possible to top.” A show about speaking your mind and taking chances, watch the story of Alexander Hamilton unfold in front of you in the dazzling, showstopping manner that only Lin-Manuel Miranda can create.

Only a twenty minute walk away, right down the infamous Broadway, lies Mondrian Park Avenue, a stunning hotel that encapsulates the sophisticated yet vibrant spirit of New York City. Nestled in the buzzing NoMad neighbourhood, this magnificent hotel is just a stone’s throw away from the iconic Empire State Building, The Met and Madison Square Park, it’s the perfect location for those looking for an extra touch of luxury! Formed of 189 rooms and suites, indulge in the sleek decor and eclectic touches that was designed by the incredible Phillippe Starck whilst you take in the awe-inspiring views of the New York City skyline. With three restaurants and bars, you’ll be spoilt for choice for your pre and post-show meal and drinks. The in-house restaurant, Cleo New York, combines culinary influences from Europe, North Africa and the Middle East to create delicious food that will invigorate your tastebuds. After the show, enjoy some tantalising cocktails at Never Never and then make your way up to the hotel’s rooftop bar Fifteen Stories, which provides mesmerising views of the downtown skyline that will leave you feeling like you’re starring in a movie. Whatever tickles your fancy, Mondrian Park Avenue captures New York’s distinctive character at every turn!

The first public building in the entire world to be lit entirely by electricity in 1881, The Savoy Theatre in London is one of the West End’s most beautiful examples of a Victorian performance venue, and quite literally lit the way forward to the use of lighting we see in theatres around the world today. Closed only two weeks into its initial West End run, Pretty Woman: The Musical, currently sits in residence at The Savoy, having just reopened after the UK’s recent lockdown restrictions. One of the newest big-hit musicals currently showing, Pretty Woman: The Musical only premiered in 2017 in Chicago, and has received rave reviews across the globe ever since. Aimie Atkinson and Danny Mac star in this West End production, as the brilliant leads Vivian Ward and Edward Lewis. Most commonly known for his role in Hollyoaks and his stint on Strictly Come Dancing, Danny Mac made his West End debut at 11 years old, playing Gavroche in Les Miserables, and makes the perfect addition to the brilliant cast of this fantastic musical. The Savoy Theatre is of course adhering to the current social distancing guidelines that are in place, so rest assured that you can keep yourself safe whilst you sit back and enjoy this big new musical!

To round off your evening, be sure to check into Flemings Mayfair and spoil yourself rotten, just like Edward spoils Vivian in this fantastic show. This stunning boutique has been designed to be the epitome of contemporary glamour, not to mention it’s the second-oldest hotel in London! With its ornate decor, quirky details, plush furnishings and marble floors, this hotel will be sure to have you feeling as lavish as Edward Lewis himself. Discover only the best of impeccable, modern British cuisine in their stunning restaurant Ormer Mayfair, and take your pick from the seven and nine-course tasting menus (vegetarian options available) prepared by the newly appointed Executive Chef, Sofian Msetfi. Hailing from some of the most well-respected Michelin-starred restaurants in the UK, his food will create an opulent dining experience to kick start your evening in the best possible way.

Please note, Ormer Mayfair is only open for dinner Wednesday to Saturday. 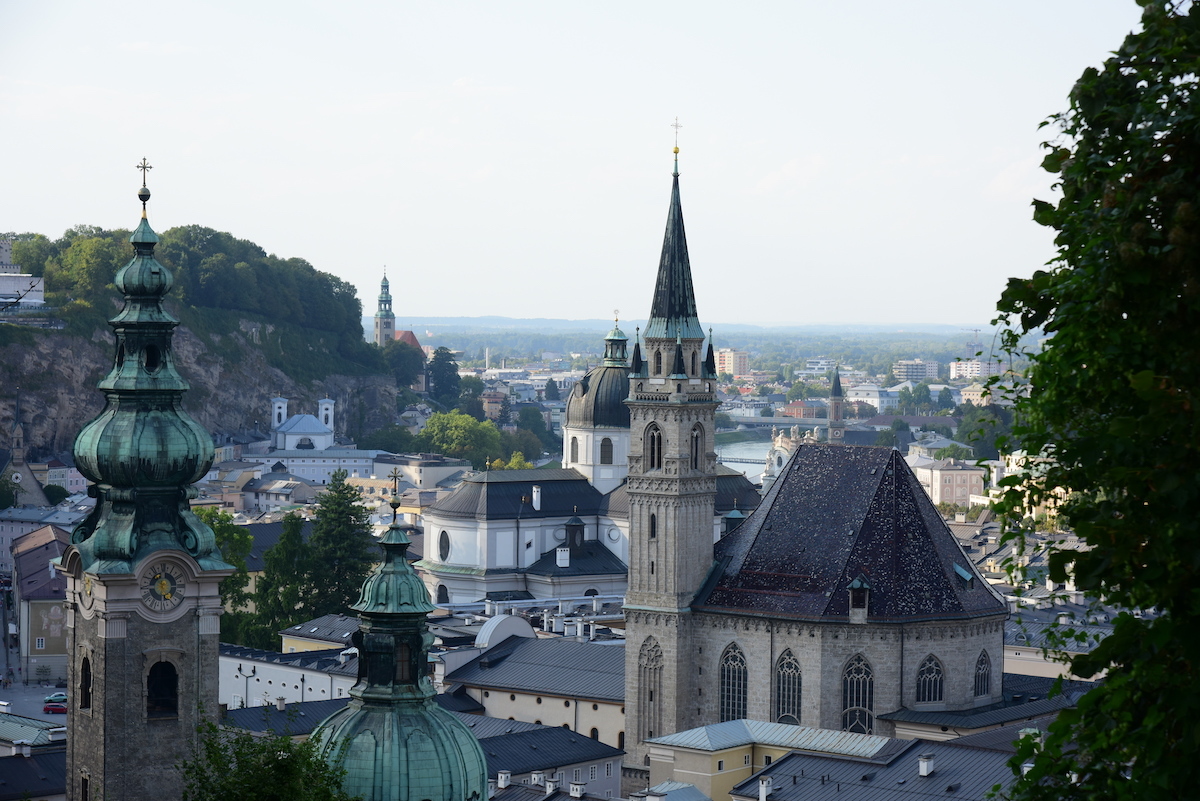 Eagerly anticipated after last year’s shortened programme and modified capacity allowances, the Salzburg Summer Festival returns this year with a full programme, to celebrate its 100 year anniversary. Running from July 17th to August 31st, watch the city come alive with some of Austria’s most impressive cultural spectacles. With events spanning the best of opera, concert and drama, Salzburg Summer Festival will be sure to leave you with that revived optimism that the arts so brilliantly provide. From the Shakespeare-inspired Richard The Kid & The King, showing on the small island Perner-Insel in Hallein, and various dramatic readings, to Mozart’s Don Giovanni and Così Fan Tutte operas, you’re spoilt for choice with what’s included in the programme! Not to mention there is also Jung & Jede*r, the youth programme of the Festival, making sure there is something for everyone. So whether you’re travelling alone, with a partner or with your family, be sure to book yourself into the Salzburg Summer Festival to catch up on all the shows you have missed this past year!

To soak up the Salzburg Summer Festival in all its splendor, book a stay at Hotel Goldgasse, a hotel whose rooms and suites are each individually dedicated to one of the operas of the famous festival. Hidden away on a narrow, historical street in the heart of the Old Town of Salzburg, Hotel Goldgasse is a charming boutique hotel, decorated with huge prints of past performances. The in-house restaurant, Gasthof Goldgasse, is ready and waiting to present you with beautiful food for that extra special meal that accompanies all the best trips to the theatre. Offering classic dishes as well as trendy interpretations of regional cuisine, such as veal cutlets and beef tatar, and fried chicken served on meadow hay in a copper pot, Gasthof Goldgasse will be sure to leave your mouth watering. And you cannot miss trying their traditional homemade strudel, a classic desert in Austrian cuisine. Whilst Hotel Goldgasse is the best place to truly indulge in the Salzburg Summer Festival, be sure to take advantage of the 10% discount they’re currently offering across all their rooms, including a free breakfast (available Monday to Sunday) to set you up for a day of indulging in the arts at their finest! 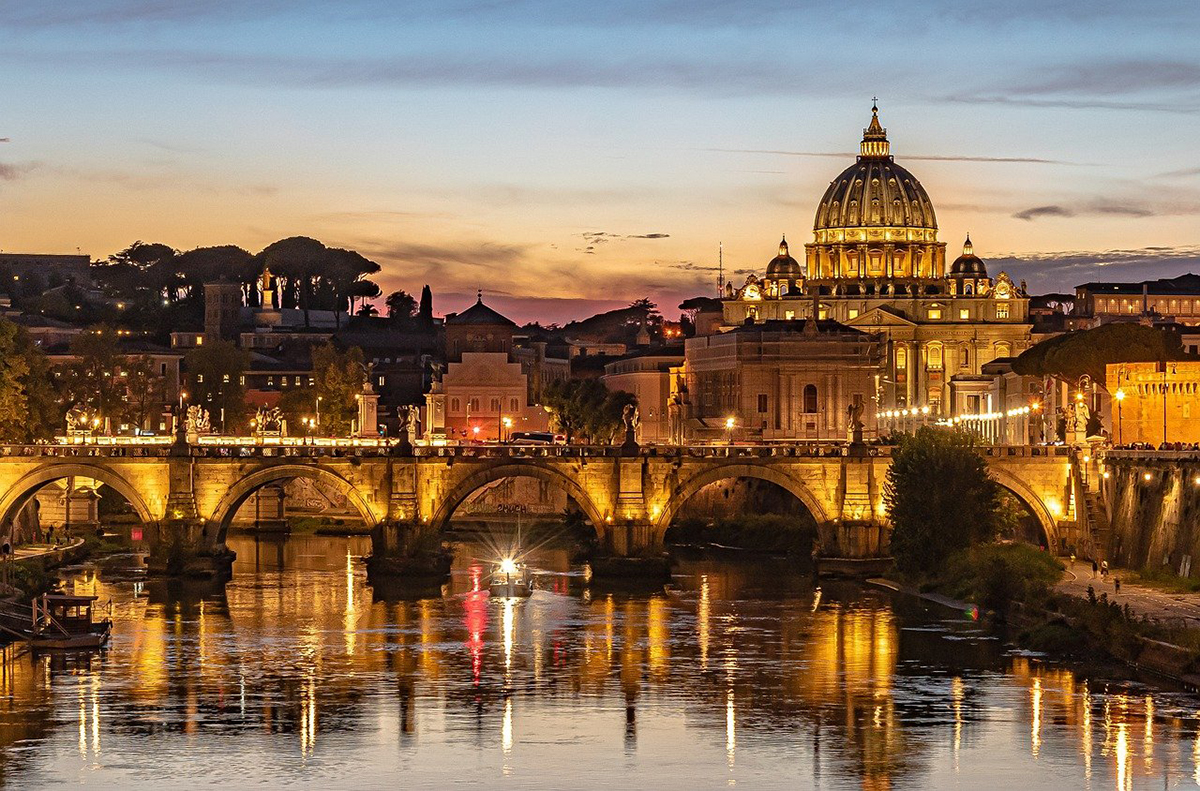 For a truly mesmerising experience, leave yourself encapsulated amongst the history and culture of the Eternal City at Viaggio Nei Fori, a multimedia show at the Forum Of Augustus. The marble blocks that still remain of the magnificent Forum of Augustus mark the starting point for a fascinating tour through the incredible archaeological sites that were at the heart of life in Ancient Rome. Using light, images, film and animation, Piero Angela and Paco Lanciano have created a breathtaking reconstruction of Augustus’ reign during Rome’s period of imperial expansion, combining historical and scientific brilliance to create a stunning piece of modern entertainment. Standing on a flight of thousands of years old Roman stairs, guests can watch this multimedia show that portrays the heritage and history of the Forum and the temple Augustus built in memory of Julius Caesar, before being led down newly reconstructed pathways for this journey through Ancient Rome. The show is available in eight different languages, is forty-minutes long and runs until November 7th 2021. So what are you waiting for? Be sure to book in for this mesmerising show quickly so you don’t miss out, and make sure you wear some footwear suitable for Ancient Rome!

To round off your visit to Rome, why not allow yourself to be swept up in the romance of the Eternal City and stay at the beautiful Hotel De Russie? A stunning boutique hotel in the heart of the city, this hotel is full of contemporary Italian design and ornate marble accents that are meticulously combined to create the perfect romantic Roman escape. The highlight of any trip to Hotel De Russie culminates in its secret garden, with a weaved green arbor sweeping over your head; past guests such as the brilliant Picasso add an extra touch of culture, and delicious Italian cuisine served from Le Jardin de Russie will be the cherry on top of a visit to this secret garden. Celebrity chef Fulvio Pierangelini will be sure to enchant you with his brilliantly crafted plates, and if you visit at the weekend be sure to book a table for a leisurely brunch and watch as his team creates amazing dishes right in front of you. When you return from the show, be sure to retreat to the Hotel De Russie’s bar Stravinskij and indulge in their extensive gin and tonic menu with some tantalising signature cocktails – this private terrace is the perfect spot to unwind whilst looking out over this secret pocket of Rome!