A tale of childhood influences and designer expertise—Kalukanda House would have been simply a whistle in the wind had it not been for the chronology of Dee Gibson’s life that led her to this pivotal labor of love and passion.

Having spent her earliest years living with her civil engineer grandfather, Dee was exposed to the tricks of the trade from a young age—to the sights and sounds of Colombo, and the creative determination that went into every building and bridge her grandfather worked on across the island. Little did Dee know, this would be the building blocks that would return to inspire her later in life. 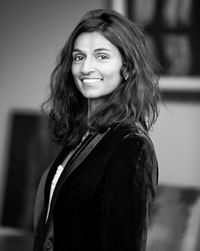 In the meantime, Dee returned to the UK, Colombo nothing more than a fond memory, and started school in an all-English suburb. She went on to graduate from Interior Design School, working as a designer for over two decades, alongside her successful interior-design consultancy, Velvet Orange. This is where her passion and values truly came forth; from a love of colours and textures to a determination to instill her projects with eco-consciousness and sustainable choices.

Flash forward to 2016—Dee returned to Sri Lanka to show her family the beauty of the place, and it is only then that her memory of the sights, sounds and smells of her childhood spent with her grandparents, was reginited like a kaleidoscope of awakening. Whether by chance or fate, Dee happened upon a piece of land in the beautiful fishing town of Weligama and knew that if she didn’t purchase it immediately, then when would she ever be able to return to this amazing land where she felt a sense of such strong belonging?

Shortly thereafter, the magic of Dee’s interior design influences and love for Sri Lankan culture turned into a melting pot and Kalukanda House began to grow. Firstly, the derelict bungalow that currently occupied the land had to be taken away, but not before stripping it of everything that could be reused or repurposed, including the original clay roof tiles, shutters, doors and even the rotting fretwork—it was the charm of the original architecture that had enticed Dee so much after all, so maintaining that history was as important as creating this brand new space.

Set within the tropical grounds of flora and fauna and bursting with nature’s gifts, the land only took some pruning to release its full vibrant potential. Then, focus turned to the main attraction, the interiors. Dee spent long stretches of time deciding which antique pieces to fill Kalukanda with, with the final result reflecting a careful selection based off of the stories and memories they evoked—the very aspects that make visiting the villa today such an immersive experience. Guests need only look at the Sri Lankan costumes, the large elephant on the veranda, or the British rail prints on the walls, and feel history, culture and Sri Lankan heritage merge within the four walls. The Walauwa style of the manor house only adds a sense of grandness and emotion to the open spaces set within their own grounds.

To Dee, it was important to reuse as much as possible, not only in a physically sustainable sense but also in a spiritual, aiming to return guests to all the magical feelings that Dee had felt on the many days shadowing her grandfather—memories of ice cream on the beach, mighty elephants and whimsically tropical gardens. Sustainability remained at the forefront of Dee’s mind during the development process, exercising that the property is designed for “those who love luxury, want adventure and immersive experiences, and who are keen to interact at a human level with a country and its people.” And the final result? A home that is focused on returning those who visit to the small joys and roots of this Sri Lankan town. Just as Dee’s connection was reignited after that fateful trip in 2016, her wish is only that guests will feel this same attachment and desire to return, long after they have departed.

“I want people to FEEL Sri Lanka. The warmth of the people, the history, the diverse landscape”.