A Curious Group of Hotels is an innovative collection of boutique hotels designed for guests with a passion for quirky interiors and indulgent accommodation. Founded by university sweethearts, now husband and wife, Peter and Jessica Frankopan who wanted to curate a group of hotels with dynamic interior design and a level of authenticity that would see them succeeding for many years to come. 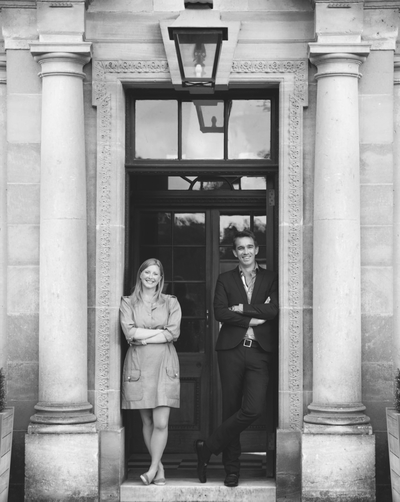 The collection commenced in 1999 with the opening of Cowley Manor, with which Peter and Jessica hoped would break away from the traditional convention of stately countryside homes, to create something slightly more individual in style. Located in the idyllic lands of the British Cotswolds, Cowley has derived much of its inspiration from the style and features of the original house, built in 1855, whilst adding its very own characterful, contemporary twist. Jessica articulates “At Cowley, we are constantly trying to think, re-think and improve.” This sort of passion for perfecting every detail of the service and facilities on offer is exactly what has granted Cowley with its reputation of being one of the UK’s most well-loved country house hotels.

After the Cowley Manor success story, in 2005 Peter and Jessica decided to move their vision further afield with their new Parisian project, L’Hôtel. Everything from its perfectly positioned location on Left-Bank, to its intimately small number of rooms and its seductively charming interior design, makes it one of Paris’ most highly acclaimed hotels. By creating a home away from home atmosphere whilst quintessentially encompassing the charisma of the city of love, L’Hôtel has become the go-to place for many of its guests for their return trips to Paris. Not only does the hotel attract visitors to stay in the accommodation, the famous Le Restaurant is another one of Peter and Jessica’s most prized achievements. Receiving a Michelin star in 2008, it is renowned amongst locals and tourists for its elegance and romanticism.

The third addition to the collection was Amsterdam’s Canal House, which they opened in April 2011. Twenty-odd years prior to buying the property, Peter and Jessica had actually stayed in the original Canal House and admired its eclectic style and individuality. Jessica explains “I knew that if we ever did a hotel in Holland, it would have to be here. When we got to know the owners and they decided to retire, we got on the first plane.” Since then, Peter and Jessica have really made this place a celebration of the Dutch capital’s dense historical past through displays of expressive art exhibited around the hotel. They have established a real juxtaposition of the old and the new to create an authentic, luxurious choice of stay for the more refined guests that visit the city of lights.

The final member of the Curious Group of Hotels was the Portobello, an iconic hotel which has been known since the 60s for being regularly frequented by hotshots in the music industry, all of which used the recording studio just around the corner. Peter and Jessica wanted to keep the music alive by preserving the iconic style that enabled this unique hotel to continue being a hub for A-listers for many years to come. The couple feel a great sense of pride in having the opportunity to preserve the legacy of this Notting Hill property.

Personality is of the essence at the Curious Hotels, all of which have their very own unique story to tell to their guests. Owners Peter and Jessica have transformed their passion and enthusiasm into works of art that have each become loved and appreciated by people from all around the world.