Wine lovers will rejoice at this unique wine resort set on Mazzorbo island, one of the three islands of native Venice. Venissa is best described as a “walled vineyard”, producing 3000 bottles of Venissa, widely regarded as one of the most sought-after wines in the world. The estate was restored by the Bisol family, famously known as the Prosecco family, whose presence in the heart of Prosecco country dates back to the sixteenth century. 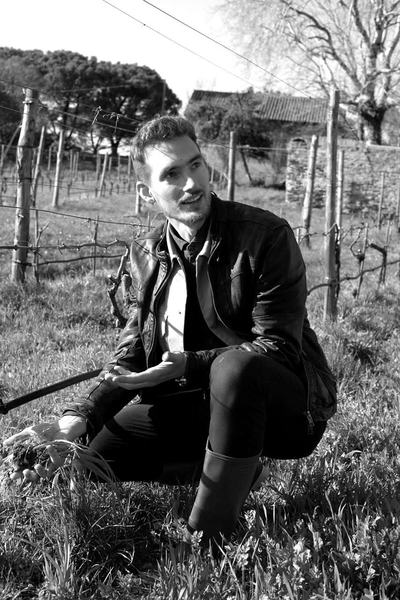 Santa Maria Assunta Basilica is the oldest church in all of Venice, located on the island of Torcello. When Gianluca Bisol stumbled upon the church with its tiny vineyard, he became intrigued and decided to do some research. The Venetian islands had always been home to vineyards until the great flood in 1966, which destroyed all but 88 vines, including those at the church. Over hundreds of years, the vines had adapted to the salty conditions of the lagoon, yielding the hardy indigenous variety, Dorona di Venezia. During his research, Gianluca was to meet Gastone, a local farmer and winemaker who was still using the traditional winemaking methods that gave the Dorona its longevity, inspiring Gianluca, along with Robero Cipresso and Desiderio Bisol (Venissa’s enologists), to produce a white wine with the body of a red. When Gianluco was to come across the abandoned former winery and farm on Mazzorbo, it was decided. They would replant the ancient variety of vine and turn it into the winery it is today.

Gianluca acquired and started the restoration of the estate back in 2006, with the hotel and restaurant opening up in 2010 which also marked the year for the first vintage produced, and Venissa has since become something of a cult wine, with its distinctive notes of the salty terrier appealing most to wine lovers and connoisseurs alike. In 2016, Venissa was named the best white wine in the world by the American wine website, VinePair, but of course, to fully experience the world of Venissa, guests should stay at the resort itself or at one of the thirteen rooms at CasaBurano, which sits on the neighbouring rainbow-coloured island of Burano, accessible by a small footbridge.

Anyone who has visited Venice can attest to its charm and beauty but at times the volume of tourists can get too much. This is where Mazzorbo and Burano truly shine. Nestled in the northern part of the Venetian lagoon, these tiny islands offer a tranquility not available in proper Venice itself. With the Venissa estate being equal parts winery, restaurant, farm and hotel (it has five charming suites on site, with exposed ceiling beams), it’s a destination unto itself. Its two hectare vineyard and gardens are all enclosed by a medieval wall, presided over by a fourteenth century bell tower. You could be forgiven for thinking you’re stepping into the Secret Garden, and in many ways you are. This is the place of dreams. Picture perfect, authentic and hidden away; a place where you can sample one of the world’s finest wines, indulge your palate on lagoon-inspired, Avant-garde dishes served up by Francesco Brutto and Chiara Pavan. Chiara Pavan was named Best Young Italian Female Chef by renowned Italian restaurant guide “Ristoranti L’Espresso 2019.” You can also sign up for rowing lessons, cookery classes or even fishing expeditions, all of which are organised through the hotel.

Venissa and CasaBurano are an experience unlike any other. If you’re a wine lover, this is clearly paradise, but even if you’re not, the magic, aroma and history of these unique places will leave you spellbound.