Tamaris and Andreas Auer shared a vision to create a space that would encompass peace, pleasure and nature, and they succeeded. The newly renovated Seehof Nature Retreat just outside the town of Naz Sciaves, north of Bolzano, brings together all of those elements and more in a space that’s quite literally a breath of fresh air. 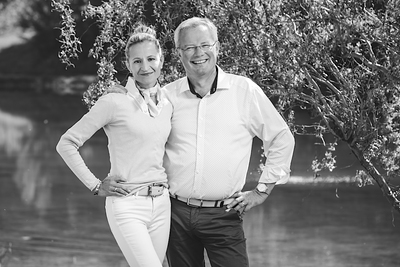 A Tyrolean dream, overlooking its own natural lake, the Seehof is so much more than a hotel, it’s a retreat in every sense of the word, with nature and design co-existing in perfect harmony. A retreat from the stresses of day to day life, a retreat from the rat race, a retreat from yourself. So breathe deeply, breathe in the beauty and allow the tranquillity to wash over you.

Hoteliers since childhood, Tamaris and Andreas run the hotel, which was handed down from their parents, with the motto, “Moments of calm” and that’s exactly what you can expect from this alpine gem; offering as many moments as you desire. Escape a little, or be transported into a whole other realm where stress simply ceases to exist.

There are so many ways to unwind at this family-run location, you’re spoilt for choice. Choose from La Primavera Spa with its infinity pool or one of the relax-inducing treatments on offer, as you feel your cares slip away. If you’re looking to indulge your taste buds, the Borgo Dei Sapori Restaurant offers Mediterranean and South Tyrolean cuisine, using nothing but the freshest local ingredients. Or, simply retire to one of the inviting guest rooms and suites, all of which feature a balcony overlooking the garden, and take in the spectacular view outside, which includes an enchanting pine forest in front of the hotel. Whatever you choose, you’re sure to be transported to an environment of calm; even the hikes organised every morning by Andreas himself, promise to leave you with that unmistakable feeling of wellness.

Set atop the apple-growing plateau of Naz, 900 meters above sea level, this wondrous ‘village’ blends seamlessly into its spectacular mountain canvas, but that was no accident. It was imperative to this husband/wife team that the architecture of this development worked sympathetically with its environment, complementing rather than competing with its natural surroundings. As such, the Auer’s were very careful with their choice of architects, choosing the notable Stefan Rier and Lukas Rungger (who’d both studied under the locally renowned architect, Matteo Thun) to help with this unique project. Wishing to be as involved as possible, the Auer’s formed an integral part of the process every step of the way, with every decision in the update made as a team.

It’s never easy to live on-site during any kind of refurbishment, but that's exactly what Tamaris and Andreas did, along with their children. Christmas Eve was effectively spent on a building site, as were most of the Christmas celebrations, often having to cook their meals in sub-zero temperatures, but all of that formed part and parcel of the adventure, including waking up to the sounds of the machinery and the ‘dulcet’ tones of the tradesmen singing outside.

So how does this forward-thinking couple view a stay at their remarkable retreat?

“Arrive, stay a while, just be! Not higher, faster, further; but slower, more conscious, more natural.”

In a nutshell, the Seehof Nature Retreat has become a destination for those looking to get away from the hectic pace of life; to unplug, to enjoy and to quite simply, reconnect with nature and themselves.