The story of The Serras begins with a happy accident. Jordi Serra, a successful Catalan businessman had just sold his company of twenty years and retired to New York. He didn’t really know what he wanted to do during retirement but was a restless soul who didn’t wish to spend the rest of his life doing nothing. Jordi’s business career and the travel that it entailed had inspired a lifelong love of travelling. Leading Jordi to harbour dreams of owning his own hotel, he started to accept that these dreams were unlikely to come to fruition and set about enjoying his new life in New York. One day, his sons phoned him and told him they had found a wonderful building in his native Barcelona – it was perched above the Mediterranean and close to the famous La Rambla. Instantly recognising its potential, Jordi flew back to Spain and purchased it that weekend – opening the next chapter of his life. 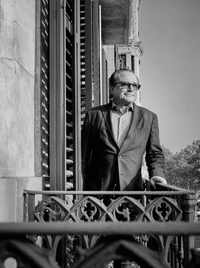 Jordi immediately set about putting a lifetime of travel insights into the newly named The Serras. He wanted to take all the great things that he had experienced in other hotels and put them into The Serras. However, he didn’t just want to copy other hotels – he also wanted to add all the flourishes and touches that he thought they were missing. A rooftop space was foremost amongst these – Jordi had spent a lot of time in South Beach and loved the way that Miami natives socialized on the roof. So, he installed a luxurious but informal rooftop terrace, where guests could dine in a great restaurant, enjoy a refreshing drink and take in the stunning vistas of the city and the sea.

Another key element that Serra thought was missing from most hotels was a unique design – he wanted The Serras to be the kind of place that stood out from the crowd and really made guests feel like they are somewhere special. Jordi interviewed numerous designers, before he eventually chose, Eva Martinez, a famous local designer who had completed numerous projects in Barcelona and Ibiza. He loved the New York style and wanted to create a New York-Mediterranean fusion that drew on the best of both cultures. The Serras more than lives up to this vision, utilising a combination of antique tiles and sea colours to create an incredible ambience.

The Serras also has a rich history and Jordi proudly tells guests about its association with Pablo Picasso. The artist’s first studio was in The Serras and there are a number of his works that are visibly painted there. The hotel also stands above an ancient Roman dock, which was only discovered when Jordi began renovating the building. This remarkable history only adds to the guest experience and ensures that The Serras offers guests a unique blend of stunning design, historical significance and a great location.

However, despite all these qualities, what really makes The Serras stand out from the crowd is Jordi himself and the fantastic management team he has behind him. He is passionately committed to making people happy – ensuring that his property provides the ultimate luxury boutique hotel experience. When it comes down to it, both Jordi and his outstanding team do all the little things right, ensuring that The Serras is the ideal place for an urban getaway; the kind of place where you can authentically experience all the magic that Barcelona has to offer and really feel like you are in the heart of the city. 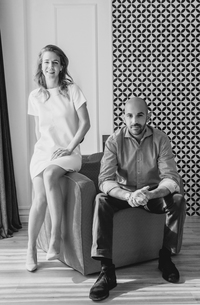 The Serras has gone from strength to strength since Jordi opened it – winning a number of awards and quickly garnering a reputation as one of the best hotels in Barcelona. Its secret is simple – unlike many, who patronisingly assume that their wants and desires are somehow superior to others, Jordi Serra understands that we all share similar desires and that what he thought was the perfect hotel would likely be similar to the stay that most other people wanted. Thus, he set about creating The Serras, his dream hotel, which unsurprisingly also matched a lot of other people’s dreams.