6 Places To Visit In Mexico

From Mayan temples, to palm-fringed beaches, vibrant cities to snow-capped volcanoes – Mexico is as diverse as it is exciting. Whether you’re looking for a fun-filled fiesta or a relaxing spot for your siesta, this Latin hot spot has something for everyone. 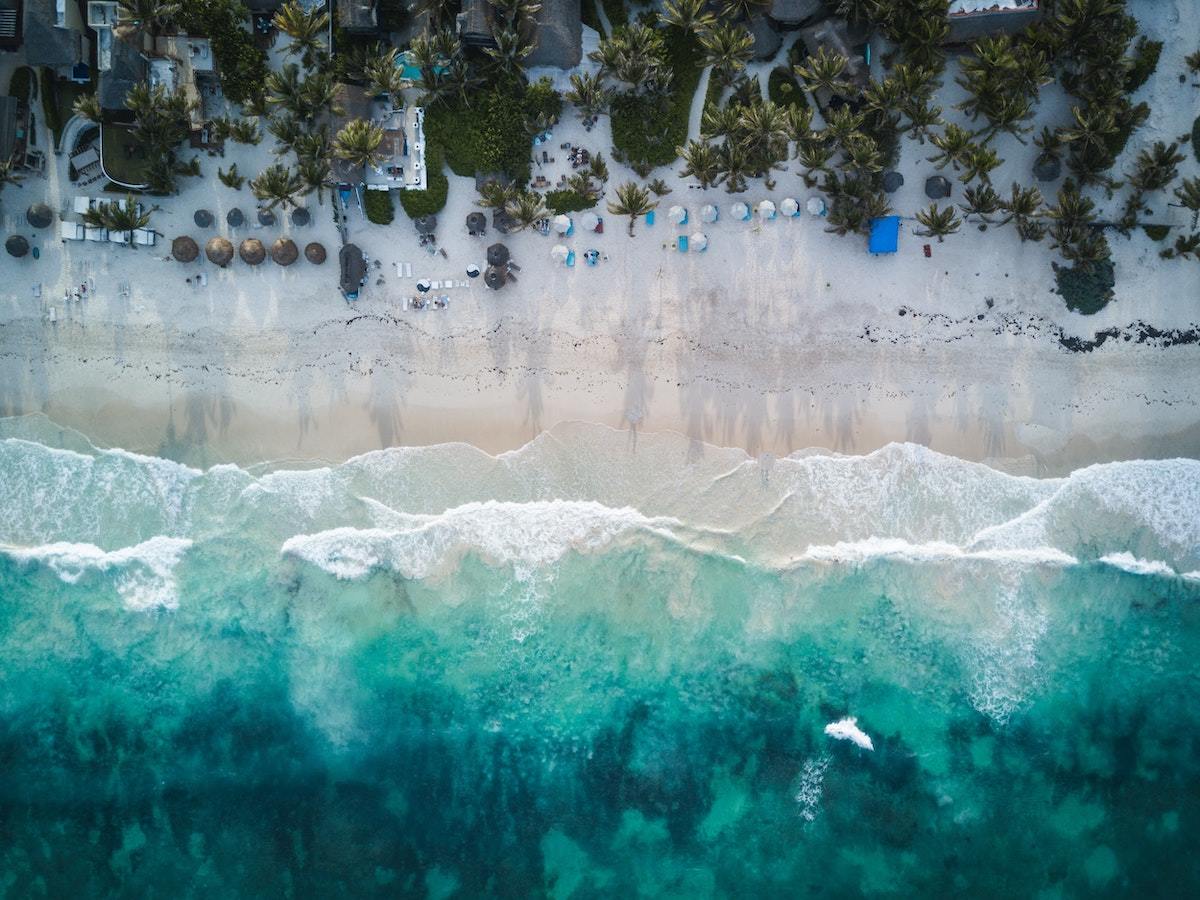 Popular amongst the fashion set, Tulum is a boho chic paradise for free-spirited souls, and an absolute haven for yoga and wellness lovers everywhere. Beaches are picture-perfect – imagine cobalt blue waters glimmering under the year round sun. And what was once a Mayan walled city, still remains one of the most visited archaeological ruins in the whole country. Tulum has gained popularity over the years which means it’s a little more touristy than before, but there are still many places you can escape to for total tranquillity. Breathe in the outstanding landscape, the energy of the shopping bazaars, and marvel at the history of El Castillo (the centrepiece of Tulum’s ruins), the beating heart of the city.

If you’re looking for somewhere off the beaten track, Jashita Tulum has your name on it. This stunning boutique hotel is situated on a protected pure white beach, and offers the finest in laid back luxury. Private suites that blend seamlessly with the environment provide a haven of calm amid the breathtaking beauty of Soliman Bay. And now… exhale. 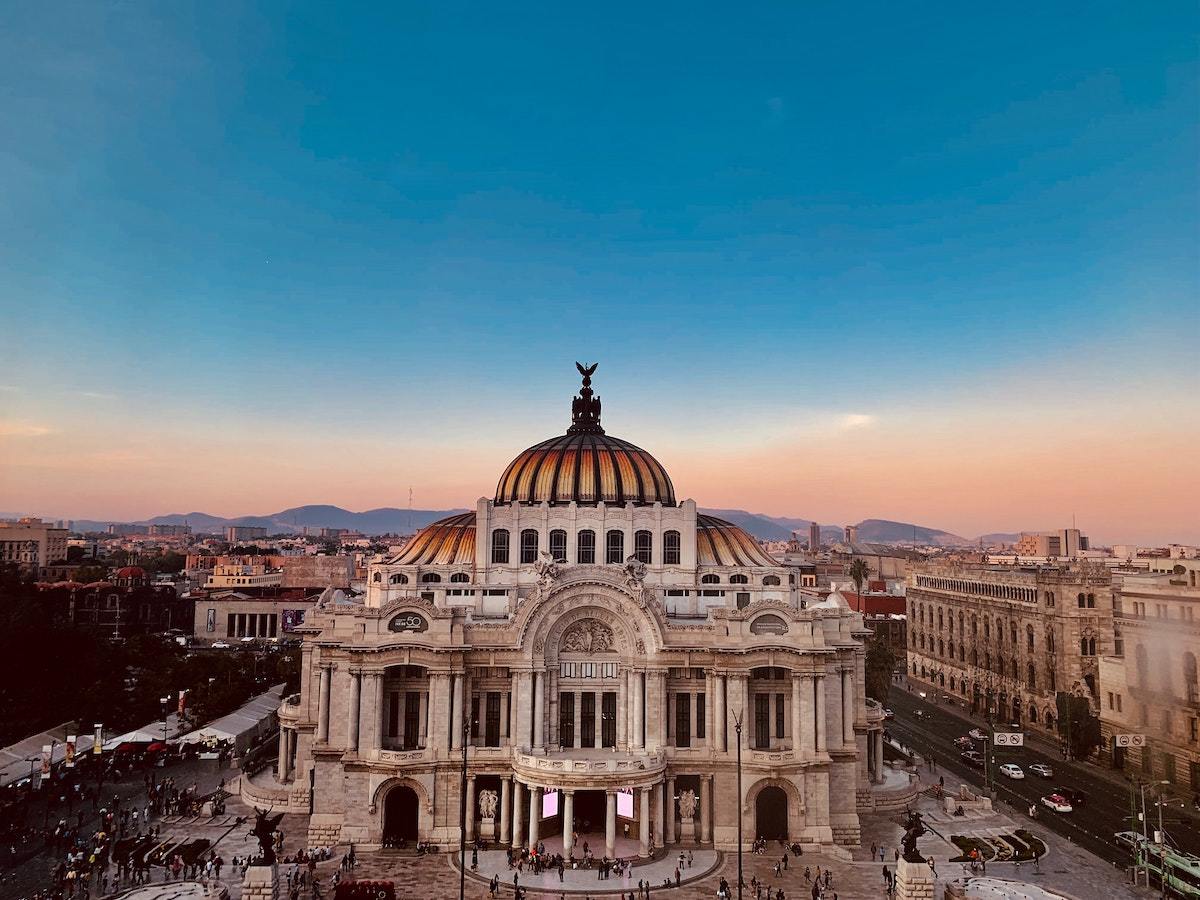 Founded by Spanish conquistadors in 1521, Mexico City is one of the oldest urban settlements in the Western world. A frantic metropolis of culture, art and history, Mexico’s capital is an explosion of the senses, bursting with vibrant colours, Latin sounds and delicious smells. And where else this side of Egypt can you find pyramids and Aztec canals? Fiestas are on tap in the trendy areas of Condesa and Roma, where you won’t have trouble finding pumping clubs, to while the night away. Those in search of something less lively can soak up the Aztec ruins and old world charm of the Centro Histórico, or take a visit to Frida Kahlo’s old studio. Whilst this city has notoriously received bad press over the years, with public spaces now being revamped, it’s working hard to clean up its act.

Dating back to 1937, an Art Deco building has been reimagined as boutique hotel, Casa Decu. Set in the leafy Condesa area, this Mexican hideaway is the ideal place to lay your head, if you want to, in the city that never sleeps. Expect eclectic décor, a statement staircase and a rooftop terrace with unforgettable views that will steal the show, and your now impassioned heart.

Like a secret oasis within an urban jungle, Hacienda Pena Pobre provides unexpected respite from the madding crowds, until that is, you want to return. Cocooned within the walls of a INAH-protected space, next to the “Bosque de Tlaphan” nature reserve, experience an atmosphere of sublime tranquillity in a stunning converted 19th century hacienda. 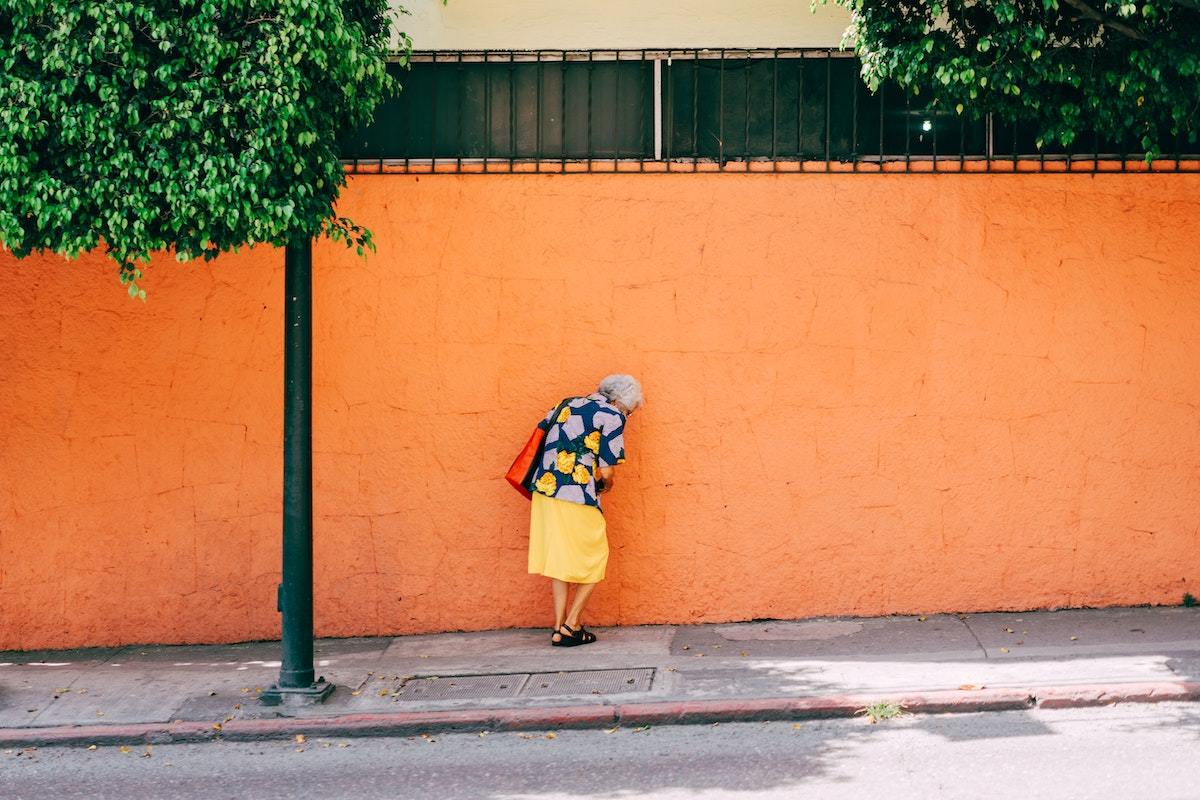 Baptized as “La Ciudad de la Eterna Primavera” (the city of eternal spring) by German explorer Alexander von Humboldt, Cuernavaca is blessed with mild tropical climate and outstanding natural beauty. From Aztec emperors and conquerors to princes and dreamers, this city “near the woods”, as its native name suggests, with clean air and impressive architecture has been pulling in the discerning crowd for centuries. Expect gated haciendas and narrow cobbled streets, set against a magnificent backdrop of lush rolling hills. Set at an altitude of over 5000 feet above sea level, Cuernavaca is one of Mexico’s most Colonial cities, bathed in glorious purple bougainvillaea in full bloom spilling out from red-tiled roofs. The cost of living is low, so deluxe accommodation is a luxury you can probably feel free to enjoy. ¡Salud!

Minutes away from Cortés Palace, and set within the historic quarter of Cuernavaca, is Las Casas B+B Hotel. This eleven room chic bolt hole succeeds in fusing old world charm ever so stylishly with bold monochromatic design. The hotel bar is a lively spot hosting regular live DJ’s and pulling in a cool fun loving crowd. Lush garden, therapeutic spa and a reputation for some of the best food in town? What are you waiting for? 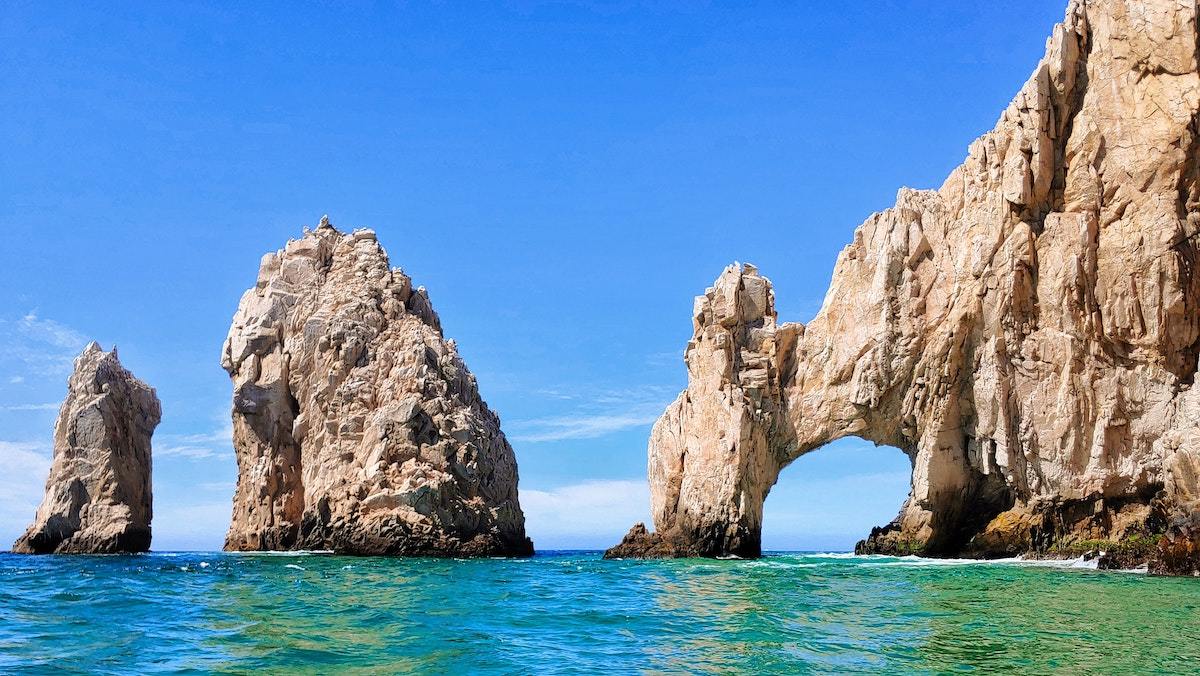 At the southern tip of the Baja California Peninsula, sandwiched between the geographical wonder that is the Sea of Cortez and the Pacific Ocean, are Cabo San Lucas and San José del Cabo, known collectively as Los Cabos. Enjoying an endless summer, this spectacular region is as close as you’ll get to a desert island paradise, with miles and miles of deserted beaches and vast desert landscapes. Depending on your status, or intention, you might want to head to Lovers’ Beach, or its more treacherous sister, Divorce Beach. If swanky bars and high end shopping is your shot of tequila, head to Cabo San Lucas with its plethora of glitz and glamour. Whilst those looking for a slower pace, San Jose del Cabo offers a more laid back, old fashioned vibe. There’s something for everyone at Los Cabos, from horse riding to scuba diving, whale-watching, to people watching, framed by the area’s emblematic arched cliffs at Land’s End.

Experience the futuristic design of acclaimed architect, Miguel Angel Aragonés, at the 5-star Viceroy Los Cabos. From all-white cubes to elevated walkways, this Mexican oasis is a spectacular display of pure fantasy. Floor to ceiling windows and decorated patios provide guests with an indoor/outdoor experience, whilst thousands of square footage dedicated to fitness and wellness, will expertly melt away any lingering stresses.

If you’re looking for the next social hotspot, ME Cabo is most certainly the place. Known to attract the fashion crowd, and perhaps the odd celebrity, this sophisticated resort is enviably located on Playa El Medano, the area’s only swimmable beach. A fusion of art, design and music, expect private hot tubs and soothing spas treatments set alongside the trendiest bars and lounges on-site. Me Cabo is your Cabo, and trust us, it’s just divine.

As the capital state of Yucatán, and one of the oldest inhabited cities in the Americas, Mérida has become known as the cultural capital of the whole Yucatán peninsula, and quite possibly, the most beautiful. Despite being super artsy, and one of the safest cities in the country, it often slips under the radar. Make no mistake, Mérida is HOT. So if you can’t take the heat, most certainly stay out of this kitchen... but the tacos are to die for. Chocolate lovers are in for a real treat too, learning the origins of this heavenly delight at the city’s Cacao Chocolate museum. With a heavy Colonial influence, Mérida, also known as the White city, boasts both Mayan and Colonial treasures that will delight any cultural addict. As for the locals, they’re as friendly and cheerful as they come. Did anyone say margaritas?

Set within an exquisite colonial house, Decu Downtown Merida successfully marries the classical architecture of this gorgeous city, with modern design. This luxurious bolt hole is a quiet sanctuary in the middle of the city. Having only opened its doors last year, there are eight exclusive rooms to choose from, offering personalised attention and total privacy. 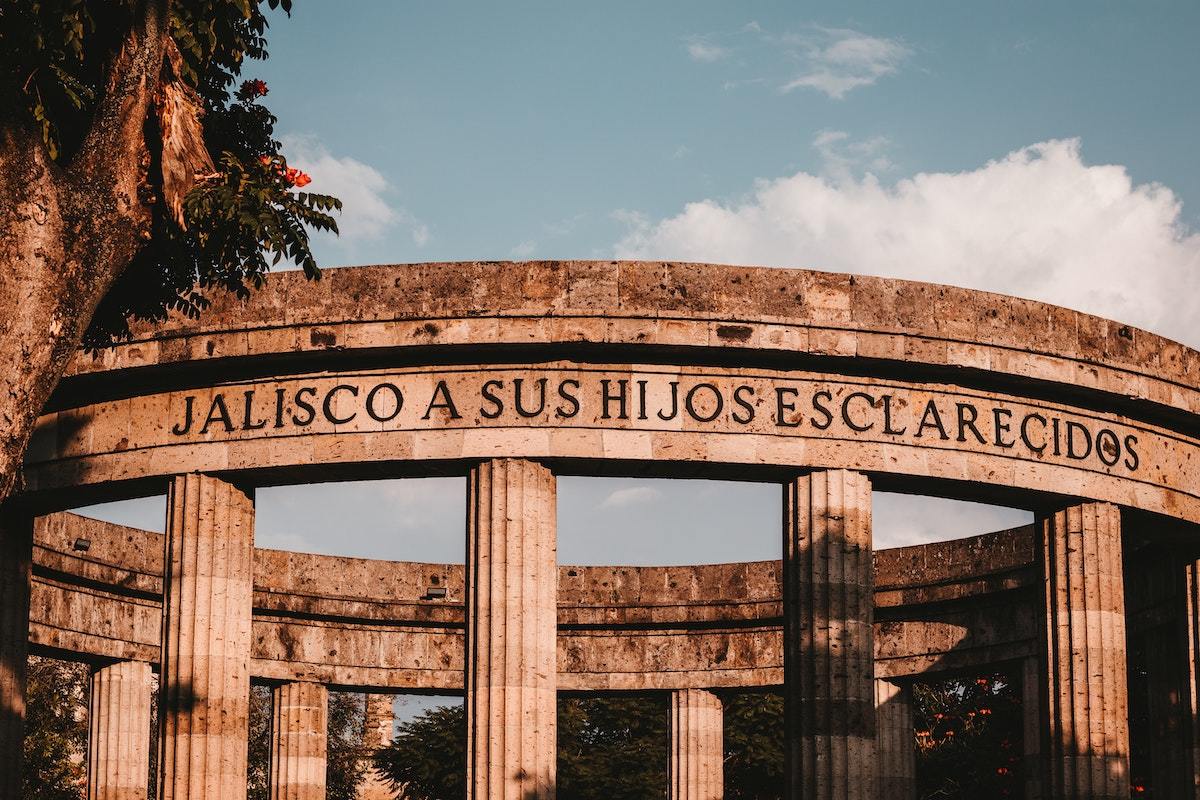 Officially known as the Free and Sovereign State of Jaliso, Mexico’s second largest city spans from the emerald Pacific coast across to Guadalajara, the intoxicating town of tequila. But go steady with the nation’s favourite tipple – you know what they say? One tequila, two tequila, three tequila – floor! But tequila isn’t the only thing Jaliso is famous for; it’s also the birthplace of mariachi and charrería, a type of equestrian rodeo and Mexico’s national sport. Divided into two distinct areas, Los Altos (the highlands) and El Valle (the valley), the land of blue agave is also home to one of the county’s most popular beach destinations, Puerto Vallarta. This surfer’s paradise is the prime spot for epic whale-watching, water sports galore and the one place the party really never stops.

Set on a 1500-acre private estate, surrounded by pristine white beaches and rocky islands, Las Alamandas has to be one of Mexico’s most exclusive hotels, where unique architecture and total seclusion come as standard. Greeted by a colourful explosion of fuchsia and burnt orange, set against the most perfect backdrop of azure blue, it’s no surprise this luxury haven has been named one of the most romantic hotels in the world.