The story of Palazzo Segreti began when Roberta and Francesco Tibaldi decided that they were ready for a new chapter in their lives. Francesco is a designer who had solid real estate experience, while Roberta was a marketing expert who had spent a decade working for some of Italy’s leading luxury cosmetics brands. Both were successful in their chosen careers but felt that they could combine their respective skill sets to create something truly remarkable. Thus, they took a step into the unknown and purchased a delipidated nineteenth-century building known as Palazzo Segreti. The couple had clear ideas about what they wanted Palazzo Segreti to offer guests and this informed their restoration of the building. They passionately believed that the line between our public and private lives was becoming more and more blurred, due to the rise of things like social media and wanted to offer a private escape, where guests would be able to enjoy some respite from the rigours of the modern world. Francesco utilised his design skills to do precisely this, creating a harmonious atmosphere with old-fashioned charm and elegance. “The Design Concept of Palazzo Segreti is based on the idea of a journey into a material and visual tactility” – stylistically it is minimalist and refined, using iron, raw concrete, and oak to create something unique and confident. This dovetails perfectly with the soft lights that create ethereal shadows and generate a sense of mystery. Every single detail in Palazzo Segreti is finetuned, guaranteeing guests a private haven in the heart of a bustling metropolis. The etymology of the word Segreto, which comes from the Latin root ‘secretus’, meaning to separate or distinguish itself, feeds into this concept and is the epitome of what Palazzo Segreti embodies; a personal and intimate oasis in the epicentre of Milan, offering 18 distinctive rooms that allow guests to escape from the chaos of everyday life. It is a wonderful contradiction that transports visitors back to a time when the public and private were still clearly demarcated. Roberta and Francesco love Italian art and wanted to share this love with their guests. Thus, the walls of Palazzo Segreti are adorned with a myriad of different artworks, by local Milanese artists. Roberta and Francesco also have a passion for hospitality – an old-fashioned concept that is too often forgotten. They love welcoming friends to their home and enjoy the thrill of cooking and drinking with them. They wanted Palazzo Segreti to be an extension of this – offering guests an authentic flavour of Italian cuisine during every meal. Everything that is served at Palazzo Segreti is inspired by the Italian slow food concept – where meals blend together, and revellers take the time to enjoy each other’s company. They built a winery to facilitate this and serve a careful selection of incredible Italian wines, accompanied by handmade regional delights, allowing Roberta and Francesco to take guests on a voyage of discovery through Italy’s rich gastronomic heritage. Palazzo Segreti offers something for everyone – for businesspeople, 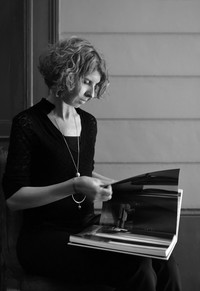 it is an opportunity to relax and recharge in a place of intimate privacy, for travellers it is a chance to explore authentic Italian culture and enjoy the tranquil calm of nineteenth-century life. It is a place that recovers the historic atmosphere of Italian buildings and offers guests an oasis of privacy from the chaotic world that we live in. Palazzo Segreti’s story is only just beginning, but the young and dynamic couple behind it is sure to go from strength to strength. Travel is contradictory by nature and it takes a certain kind of genius to cater to the conflicting desires of travellers. Palazzo Segreti does exactly this – combining intimacy and privacy into one truly remarkable package.