Asian Foods You Need To Try

Known for its mouth-watering cuisine, here are a few of Asia’s top dishes that you just have to try! 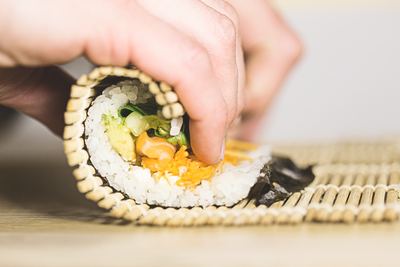 Let's start with something we all love and enjoy… sushi. Although most people think these delicious dishes are Japanese, the inspiration of Sushi actually originated somewhere around the Mekong River before spreading into China and later Japan. Coming from the Japanese word ‘sour rice’, the wonderfully addictive, cultural and artistic dishes of sushi are definitely up there in one of Asia's top dishes to try if you haven’t already tried it! Sushi has many delicious varieties including Nigiri, Maki, Temaki (hand rolls) and so much more, with traditional toppings/fillings including raw fish, salmon roe, grilled eel, or simply cucumber and egg - there is a sushi dish for everyone!

If you’re not planning on going to Asia anytime soon, but are looking to try some proper sushi, why not visit Hurley House Hotel who have recently just introduced an entirely new sushi menu prepared by their new Japanese Master Chef Kyoichi Kai. 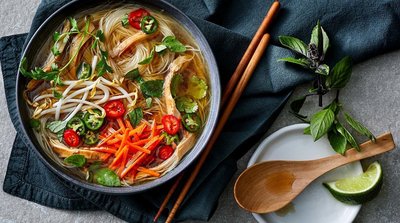 This is so much more than just some noodle soup…

Known as Vietnam’s national dish, pho is the perfect comfort food - warm, hearty and deliciously refreshing. Typically made with beef stock and flat rice noodles, flavoured with various spices and herbs, topped with tender beef slices and crunchy bean sprouts, pho will always taste different anywhere you go - there are many local variations and secret family recipes out there. Despite the fact that pho echoes the culture and history of Vietnam, no one really knows how pho came to be, but that it definitely has a French influence from their dish pot au feu that they brought over in the 19th century. Although pho by nature is a versatile and easily adaptable dish, it is now very popular in the West. From vegan and vegetarian friendly to seafood ones, you can even pick and choose which toppings you add, there’s no easy way to describe this bowl of goodness until trying it. 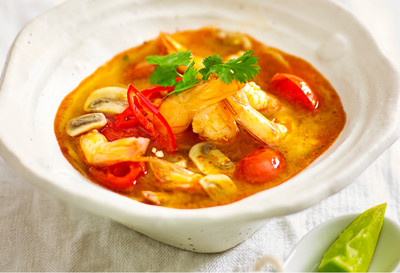 Perfect for those with slightly adventurous taste buds, the Tom Yum soup is definitely up there in one of Asia’s must-try top dishes. If you’re in Thailand or even just a Thai restaurant, you must try this signature soup if you haven’t already. Its main ingredient is typically seafood - shrimp, squid or clams - which is cooked in a rich broth made from kaffir lime leaves, lemongrass, fish sauce, lime juice, crushed chilli peppers and galangal. It also can be used as a soup base for noodle soup. Tom Yum has become a favourite in Thailand and has rapidly spread its popularity around the world. Derived from the two Thai words Tom and Yam, meaning “boiling” or “hot” and “spicy and sour”, perfectly describe the soup. Therefore if you like to have a bit of spice in your food, Thailand’s signature dish Tom Yum is an absolute must-try! 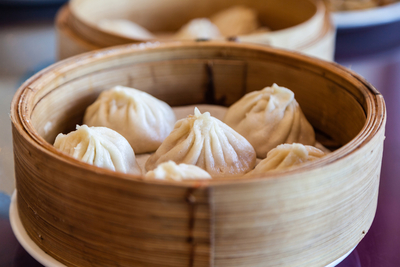 Meaning ‘touch the heart’ in Chinese, be sure to go on a delicious culinary journey with this small yet traditional dish. Chinese cooking is one of the oldest and most diverse cooking in the world, and with so many tasty dishes to try, Dim Sum is a style of Cantonese food that has grown popular rapidly around the world in recent years. From shrimp dumplings to pork buns, these bite size dishes are traditionally steamed and served in a bamboo basket. In one meal you can sample a wide variety of delicacies. With thousands of years of history, this dish is traditionally eaten in the morning or early afternoon with tea which aids digestion. Dim Sum is not only a dish but an important part of Cantonese living, it is a time to socialise with family and friends, a time away from your busy work life. These little dishes are made for sharing, and sharing is caring! 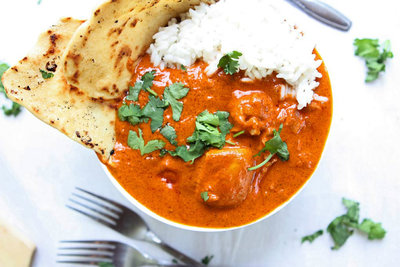 Originating from northern India, this classic and flavourful dish is formed of marinated chicken pieces mixed in a tomato gravy with butter and cream. Traditionally cooked in a tandoor (a traditional clay oven), Murgh Makhani (also known as Butter Chicken) was made by three Indian restaurant owners in the 1950’s and is now one of India’s most popular curries. Served with Basmati rice or naan bread, this dish is an absolute must-try if you haven’t had it before. Why not visit the Pan Indian restaurant, Baluchi, inside the LaLiT London hotel, and try their deliciously vibrant menu and of course, some butter chicken! 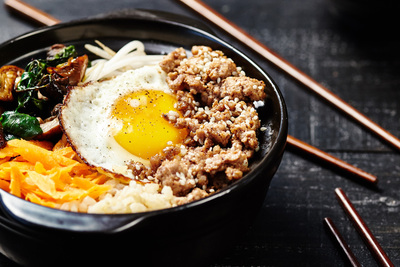 Korean cuisine is well-known for its mixture of colours, and is equally as healthy and nutritious. As one of the most well-known and loved Korean dishes, Bibimbap is definitely a must-try if you haven’t had it before. Simply translating to “mixed ingredients with rice”, there are many variations you can have with this dish as its very easily adaptable. It is a warm rice bowl topped with namul (sauteed vegetables) or kimchi, soy sauce and gochujang (chilli pepper paste), topped with a raw or fried egg and sliced beef. It is sometimes served in a sizzling hot stone bowl, which gives the ingredients a unique charred flavour. Rich in symbolism, this dish is only about a century old, however it derives from Goldongban - a similar dish during the 14th - 16th centuries, and the colours of the Bibimbap ingredients represent the North, South, East and West of Korea. 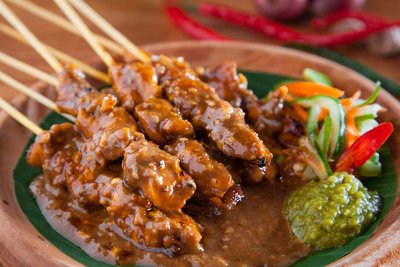 Also known as sate, this popular delicacy in Indonesia has become a national dish. Originating from the island of Java, Satay consists of diced meat (chicken, beef, pork, etc) grilled on bamboo skewers, and served with kecap manis - a combination of soy and peanut sauce, and accompanied with lontong (type of rice cake). Due to this famous dish, this is why peanut sauce in other South-Asian dishes are now usually called satay sauce. Satay has transformed from local street food to a world-renowned dish and anywhere you go, it’ll still taste unique yet delicious!