Sicilian proverb has it that ‘Love is like a cough… impossible to hide.” And after the past few years we can probably all relate to that one! But there’s no need to hide your adoration for this cultural melting pot. A place of diverse landscapes and rich history, Sicily is one of the most intriguing and captivating places in Europe, as well as the largest island in the Mediterranean. And whilst it may only be 1.5 miles from the mainland, it certainly offers up its own delectable and unique flavour.

From the vibrant capital of Palermo with its heady mix of Byzantine mosaics and arabesque architecture, to the ancient Greek ruins at Eraclea Minoa, right down to the gentle curves and Baroque grandeur of the South, Sicily has something for everyone. Home to two of Italy’s three active volcanoes, Etna and Stromboli, it’s fair to say there’s always something simmering under the surface.

Arabic influence is woven into the rich tapestry of Palermo, and indeed all of the island. This Italian Capital of Culture is boisterous, colourful and bursting with bustling street markets, and adorned with Moorish domes and arches. It’s also widely considered as having ‘the tastiest and most varied street food’ in Calabria. Expect a delicious array of fresh shellfish, tuna, and creamy ricotta. If you love sardines, you’ve come to the right place; Sicily is famous for them. Those with a thirst for archaeology can’t miss a trip to The Valley of the Temples, next to the city of Agrigento, which boasts seven of the best-preserved Greek temples in the world. Venture back in time to the land of the Cyclops when much of the island was under Greek rule, and home to the mathematician Archimedes, as well as a source of inspiration for great thinkers such Plato and Freud, and Nietzsche. In fact, the ancient town of Syracuse had become one of the most powerful towns in the whole ancient Greek world.

With 600 miles of dramatic coastline, beach lovers are also in for a treat. Whilst many of the beaches might be pebbly, there’s always an upside - no sand in your… sandals! One of the most spectacular and unique spots has to be the all-white Scala dei Turchi, named after the pirates who used to take refuge there. This cascading staircase-like rock formation may have you questioning if you’ve accidentally landed on another planet, and definitely one for the ‘Gram. But please refrain from engaging in any pirate action. Eye patches are so passé.

Fashionistas have always flocked to Mondello beach, lined with Art Nouveau villas, and an endless stream of tanning tourists, but if you’re looking for pretty, Torre Salsa is thought be be one of the prettiest on the island, with its soft golden sands and a backdrop of rugged white cliffs. Hardcore beach lovers need to head to Lampedusa – listed as one of the finest beaches in the world, this heavenly spot offers up everything you’d picture if you were to close your eyes and transport yourself someplace dreamier – pristine white sands, crystal clear waters and all protected within a 12-hectare nature reserve. The risk is you won’t want to return to reality.

It may come as a surprise that many Sicilians don’t consider themselves Italian – they even have their own dialect. Sicily is also the setting for 70’s cult mobster trilogy, The Godfather. And more recently, the latest steamy offering from Netflix, 365 Days. Curiously also a trilogy, and about mobsters; but we’re sure it’s just a coincidence. Needless to say if you’re more than a little intrigued and in the mood for an exciting escape, we’re going to make you an offer you can’t refuse. We’ve handpicked five of the most coveted boutique hotels on the island, and all you have to do is choose. Trust us, you won’t need 365 days to fall in love with it… 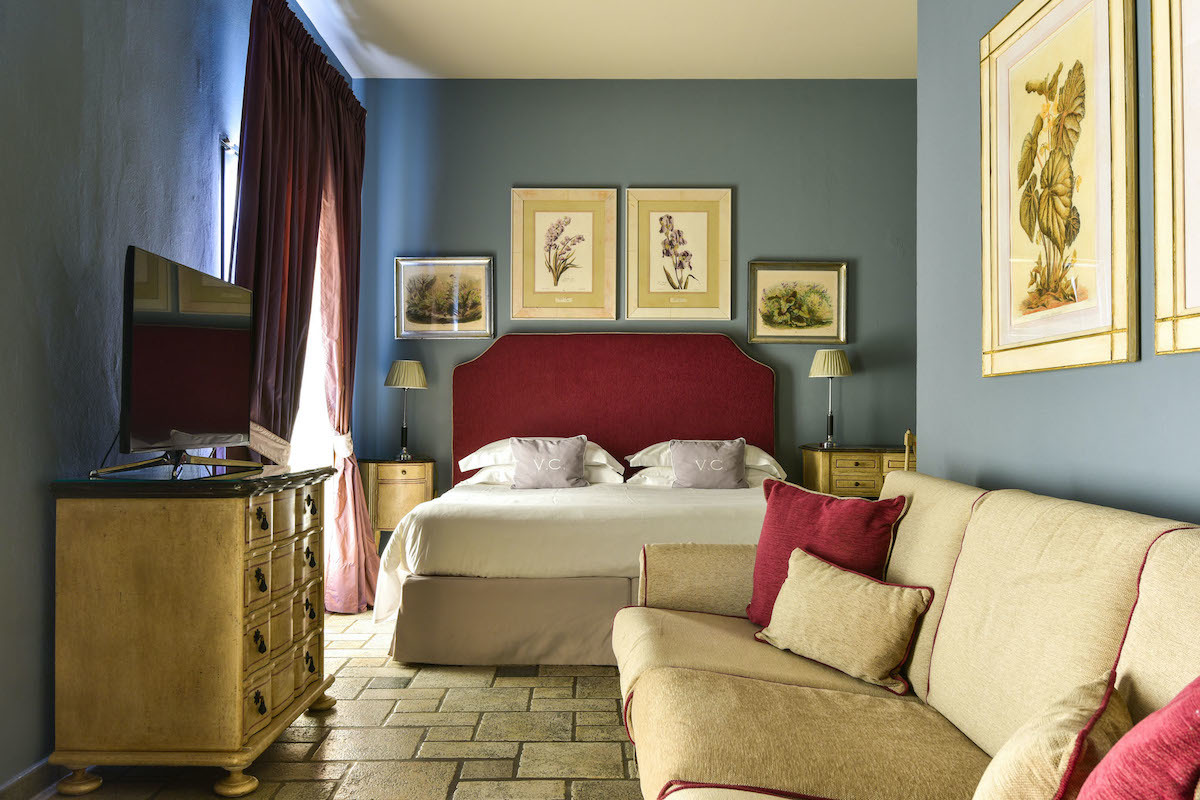 Family comes first in Sicily, and the renowned Quartucci family are award-winning hoteliers with three of the finest establishments in all the island. Their 19th-century Hotel Villa Carlotta is set in one of the best locations in Taormina, and very close to the filming locations for The Godfather. With views over Mount Etna and the Ionian Sea, the setting is at once dramatic and breathtaking. Picture elegant rooms, billowing drapes and a rooftop restaurant serving up only the most authentic Sicilian flavours. Offering bespoke tourism with exceptional staff waiting to cater to your every need, this impressive property also welcomes pampered pets. Felix is definitely coming on this trip.

Set high above the centre of Taormina is another jewel in the Quartucci family’s crown. Hotel Villa Ducale is a stylish bolt hole for those in search of a little opulence and romance. This high class villa pulls out all the stops with four poster beds, soft fluffy robes and chic eclectic décor. With panoramic views of the glimmering sea and Etna to die for, they also serve mouthwatering Sicilian specialties you might want to live for. Take a stroll down to the famous Corso Umberto, and enjoy a spot of retail therapy, and upon your return, let your stresses melt away in the bubbling Jacuzzi. At 6pm, prompt, meet us on the terrace. Could this be a clandestine affair or just cocktail hour? Either way, don your most glamorous robes, as you’ll want to look your finest. 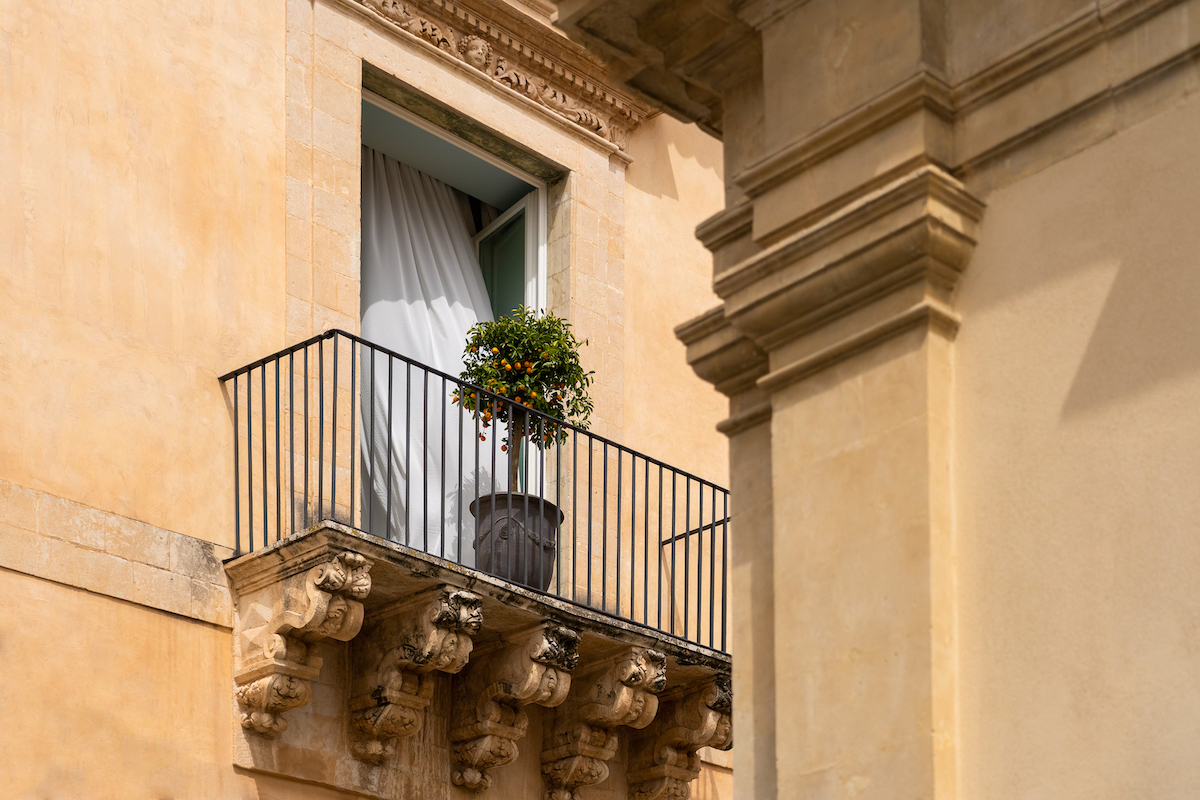 Q92 Noto makes up the last of this exceptional trio of hotels. Owners, Rosaria & Andrea Quartucci, opened up this charming hotspot just last year and it’s already gaining momentum. Set along the famous Corso Vittorio Emanuele, this beautifully restored 17th-century Baroque palace offers up nine rooms of pure unadulterated luxury. With rich opulent colours and bespoke interiors, this is La Dolce Vita aristocratic style. Set in the heart of historic Noto, opposite the Noto Cathedral, expect antique furnishings fused with contemporary touches, off set with bold beautiful frescos. Known for their award-winning hospitality, there’s an honesty bar where guests can relax and unwind, or the mini pool surrounded by lemon trees and fragrant jasmine to slip into sublime tranquillity. 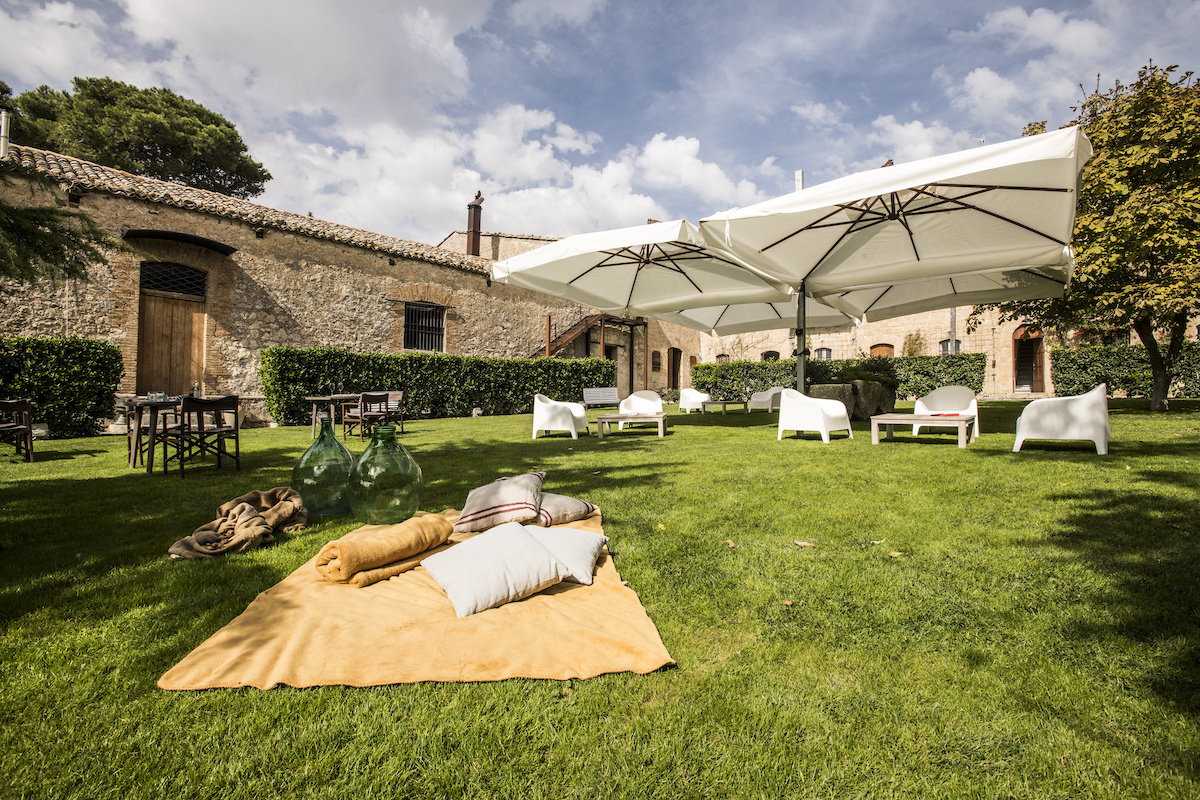 Need to get away from it all? No questions are asked at the family-run Susafa. What used to be a 200-year-old farmhouse, is now a luxury retreat. Set in the beating heart of Sicily, near the Valley of the Temples of Agrigento, as well as Sperlinga, classified as one of the most beautiful villages in Italy, there are 18 rooms to choose from that together can host up to 43 guests – so why not bring the whole famiglia! As the pool glimmers under the warm Sicilian sun, Susafa is a shimmering oasis in the middle of the undulating countryside. Take a step back in time and allow yourself to fully unwind amid its stone walls and sweeping scenic views. For those seeking a place of refuge to fully relax and unwind, Susafa is your perfect slice of the most boujee rural life. 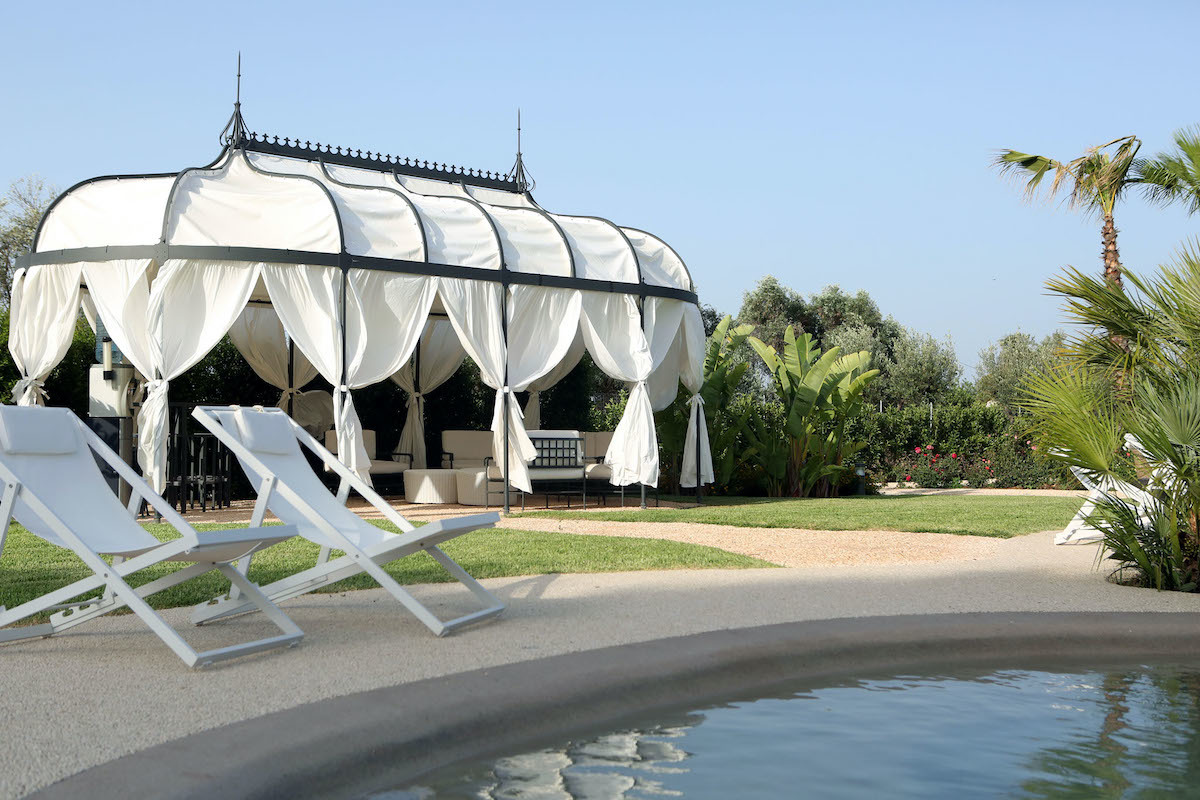 Just 15 minutes from the historic city of Syracuse and the island of Ortiga sits the Donna Coraly Resort. 600 years of history are encapsulated within the walls of this lovingly restored farmhouse. There are six romantic suites, each with its own private garden or patio, to take in the stunning views. Throw open the French doors and let the warm air embrace you. With every ingredient home grown in the hotel’s own garden, meals here are quite literally farm to table. Fun fact - It was at this precise location that on the 3 Sept 1943, the armistice between Italy and the allies was signed, so peace and tranquillity literally comes with this fragrant orange grove territory. Immerse yourself in nature, as you bathe in the thermal waters of the bio-pond, or take a private yoga class at sunset. Breathe out any negativity and breathe in la dolce Donna Coraly vita. Namaste.