“We two have paddled in the stream, from morning sun till dine; But seas between us broad have roared since days of long ago.” ― Robert Burns

On Tuesday 25th of January, many people all over the world celebrated Burns Night, a celebration of the life and legacy of Scottish poet Robert Burns. Known for his stunning literary skill and potentially most famously for a poem whose text became the lyrics of the song Auld Lang Syne, Burns was a pioneer of the romantic literary movement of the late 18th and early 19th centuries. Although such people can be celebrated anywhere in the world, there are certain places that are tied to a writer’s life, history, or work, that admirers deliberately set out in search of.

For Burns, there are multiple spots across Scotland that can be tied into his personal history and literary works. For Mary Shelley, there is no denying her link to Lake Geneva in Switzerland, on the banks of which she was staying when the idea for her infamous novel Frankenstein first came into being. For James Joyce there is Dublin, Ireland, for Bram Stoker there is Transylvania, Romania, and for Ralph Waldo Emerson there are multiple cities across Europe, that were the setting of and inspiration for many of his essays.

Here at HIP Hotels, we wanted to bring you not just to the cities and towns that great writers were inspired by, but to the buildings in which they lived. So, if you would like to be in the historic presence of some of the world’s greatest writers, and be inspired by the history and personality of the place just like those who came before you, be sure to escape to one of the stunning locations we’ve picked out for you below!

P.S. Don’t forget to have a pen and paper nearby for when you see these incredible places and your very own inspiration strikes! 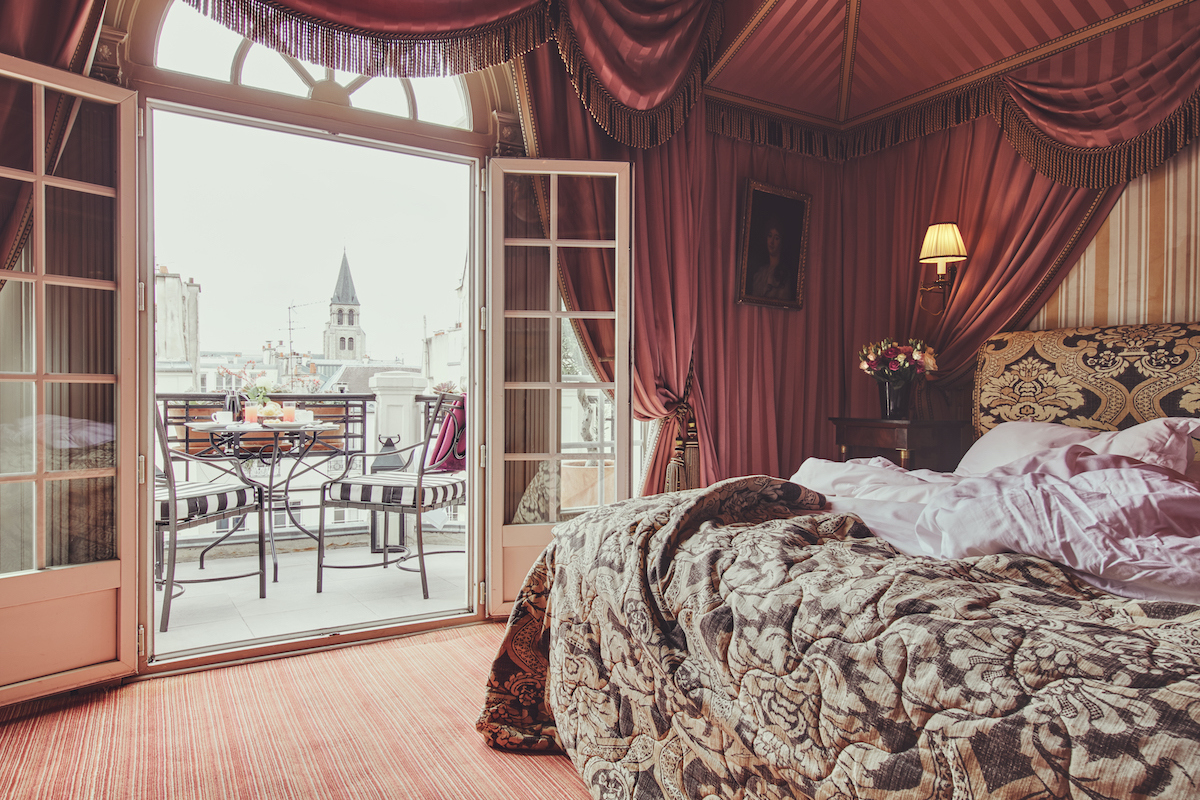 Now known all over the world, Oscar Wilde was a playwright, poet, and the author of a single novel, The Picture of Dorian Gray, who lived in the latter half of the 19th century. Wilde is tied into many physical places: originally from Ireland, Wilde moved to London after studying at Oxford University. In the final years of his life, unfortunately in exile, Oscar Wilde lived in various places across France. A hotel called Hôtel d'Alsace in Paris was his final address of all the places he lived, and is now the beautiful L’Hotel, the French jewel of the Curious Hotel Group’s stunning collection.

Although the circumstances of his final years sadden the best of us, L’Hotel has created a space that honours Wilde’s flamboyant style and glittering personality, as it was in his best days, complete with a stunning library full of books. One of the best-known personalities of his day, Wilde’s biting wit and impeccable conversational skill led him to many of London’s stylish cocktail bars, and last year L’Hotel opened the stunning Wilde’s Lounge, an opulent yet cosy cocktail bar that pays homage to the poet. So if you’d like to sit in the historical presence of the brilliant Oscar Wilde, there is no better place to do it than here. 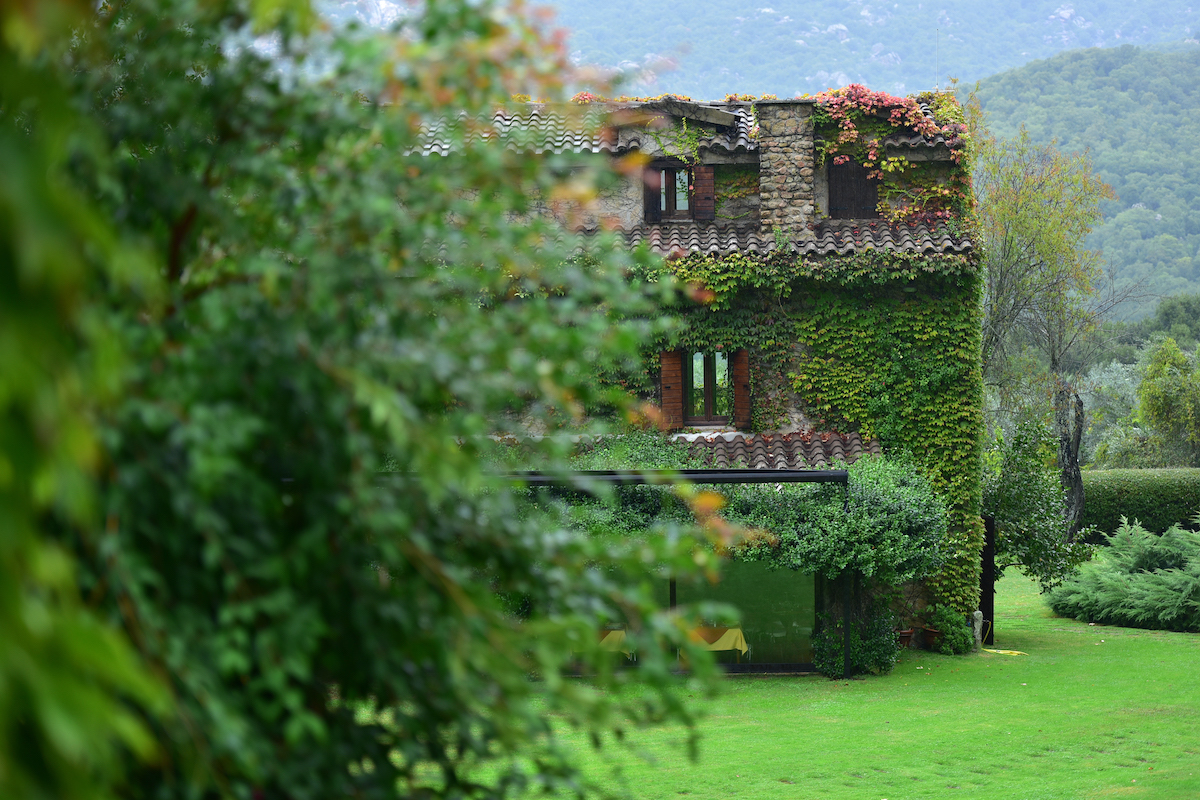 “She’ll come back on a summer night, the enchanted stars will applaud her.” - The Slacker, 1963

A singer-songwriter of the highest regard, Fabrizio De André wrote a total of fourteen studio albums throughout his lifetime. Loved across Italy, the content of many of his songs tell the stories of marginalised groups and rebels, and were considered by some critics to be equate to real poetry, so much so that his work has been included in many scholastic anthologies of literature for the past fifty years. Born in Genova, Italy was De André’s home throughout his life, but there is a place that was very dear to his heart. In 1975, De André and his wife Dori Ghezzi fell in love with, and bought the L’Agnata estate, with over 150 acres of woodland, pastures and crops and an old shepherd’s farmhouse – an estate now known as L'Agnata di De André.

In a derelict state at the time, De André and his wife spent years storing it to its former glory. He was said to be deeply in love with the beauty of the landscape, and sat outdoors for long periods of time to simply listen to the stream, and the surrounding nature. These days, the estate is home to a stunning boutique hotel, curated for people just like De André, who want to experience the beauty of unspoilt nature. Wanting to share their corner of paradise with others, this beautiful place now boasts olive groves, a zen fountain, shaded walkways and pergolas, an enchanting lake and hidden pool. If you’ve been feeling like you need to escape into nature to reset and inspire you, L'Agnata di De André and its blissful Sardinian beauty will do just that. Don’t take our word for it, Fabrizio De André wanted you to experience it for yourself!

In honour of De André, today and tomorrow (January 28th and 29th 2022) there are concerts that will be staged in Milan, to pay homage to one of Italy’s most loved songwriters. 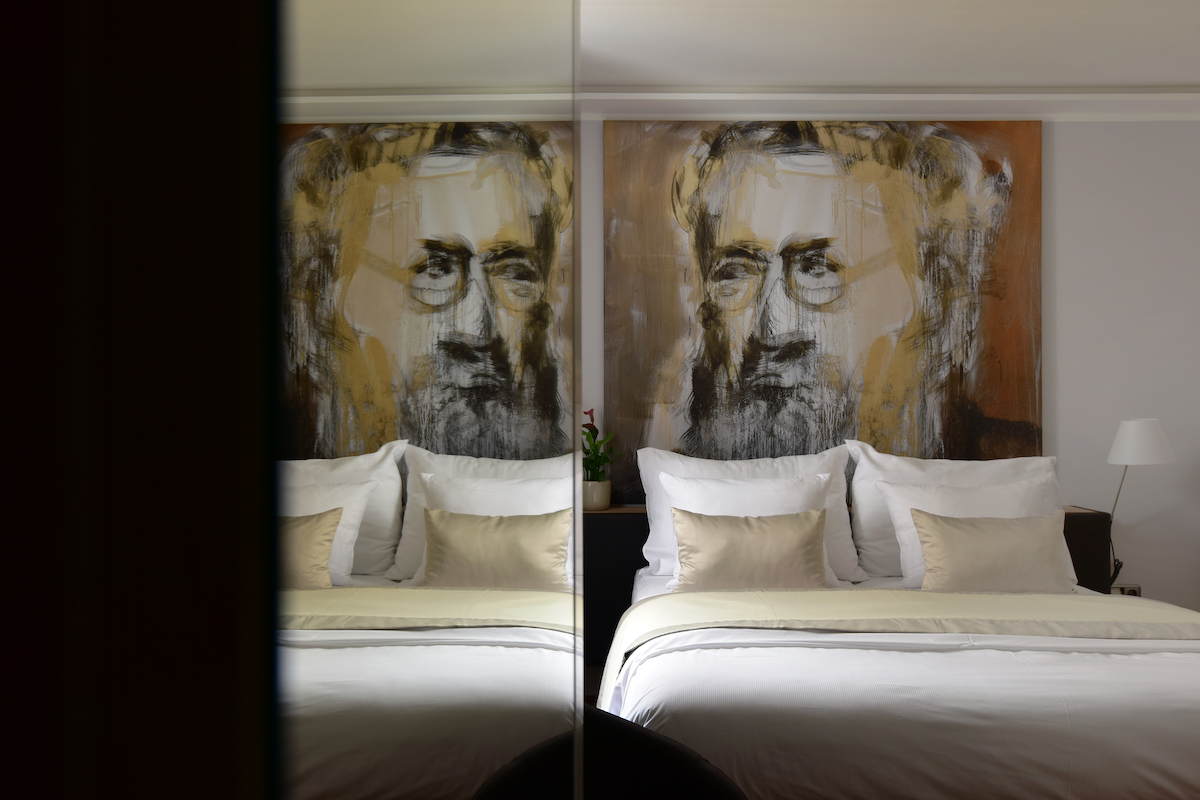 “At least when one speaks of oneself one is passionate, well-informed and specific.”

A journalist, poet, writer and art critic, Jan Neruda was one of Prague’s most prolific literary figures of the 19th century. Although he was a prominent representative of Czech Realism, and a member of the literary group May School, Neruda was an introvert who never married, and who spent most of his time alone. He lived at what is known as The House Of Two Suns on a street called Nerudova, naturally named after the writer, for over 45 years, and took inspiration from the surrounding area. Also named after the writer is Design Hotel Neruda, a gorgeous boutique hotel that sits only a few feet away from the building in which he lived.

Jan Neruda didn’t live in the exact building in which Design Hotel Neruda now resides, but we think Neruda’s old home only being across the street from the hotel, is close enough! Design Hotel Neruda is perfectly situated for you to explore the stunning surroundings of Prague. The hotel boasts an interior put together by architect Borek Sipek and designer Barbora Skorpilova, for the ultimate chic city break we all deserve, complete with various pieces of art and paintings of Jan Neruda. Many of Neruda’s pieces of work were inspired by and set to the backdrop of the local streets surrounding his home, so be prepared to lose yourself in the beauty and endearing personality of one of Prague’s most loved corners. 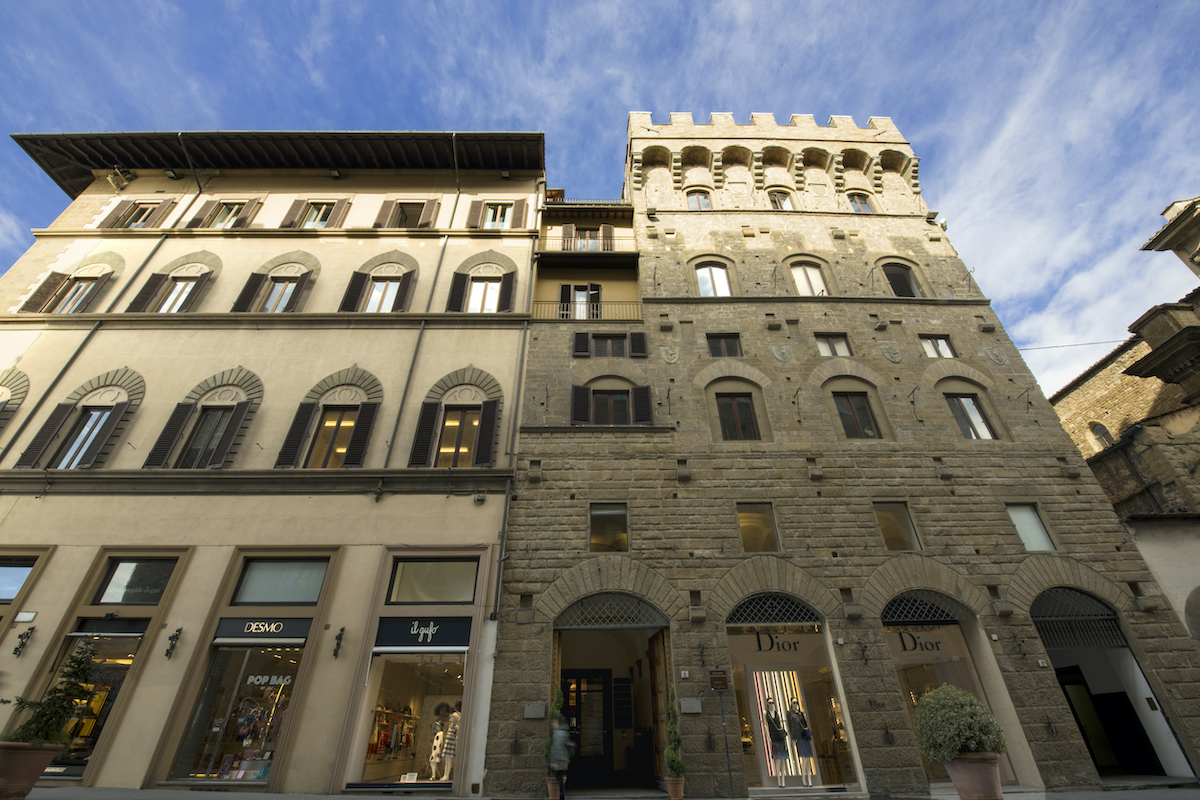 We couldn’t finish off our list of stunning places of literary heritage without mentioning Dante Alighieri! Most often referred to simply as Dante, he was an Italian poet, writer and philosopher who lived across the end of the 13th and beginning of the 14th centuries; he penned the Divine Comedy, a narrative poem that came to be the greatest literary work in the Italian language. Born in Florence, and pulled between the city of his birth and Rome during the Guelphs and Ghibellines conflict, Florence is the city that Dante is most connected to, and it’s the city in which one of our members has this incredible connection to Dante.

Antica Torre di Via Tornabuoni 1 was once a medieval tower and is now an exclusive boutique hotel, filled with chic furnishings, Renaissance art and incredible history. According to the hotel, the building was owned by the Gianfigliazzi family for almost 500 years, from the early 1300s to the late 1700s, a family of bankers and traders. Within his Divine Comedy, Dante mentions the Gianfigliazzi family and their home on more than one occasion in Purgatory III, and another reference was found in Inferno XVII. It’s not a building Dante lived in, we know, but his familiarity with it suggests he was a guest there, and what better guest to have?! Dante was instrumental in establishing the literature of Italy, and is often described as the father of the Italian language, so the fact that you could visit a building that has survived for over 700 years, that Dante himself once visited, is just incredible.