With so many classic Italian dishes served around the world, one thing’s for certain, Italians do it better. If you’re planning your spring getaway to this most ambrosial of countries, how about picking a region by their famous Italian food, or better still, tour the whole country, one delectable morsel at a time and discover some of the best Italian dishes. 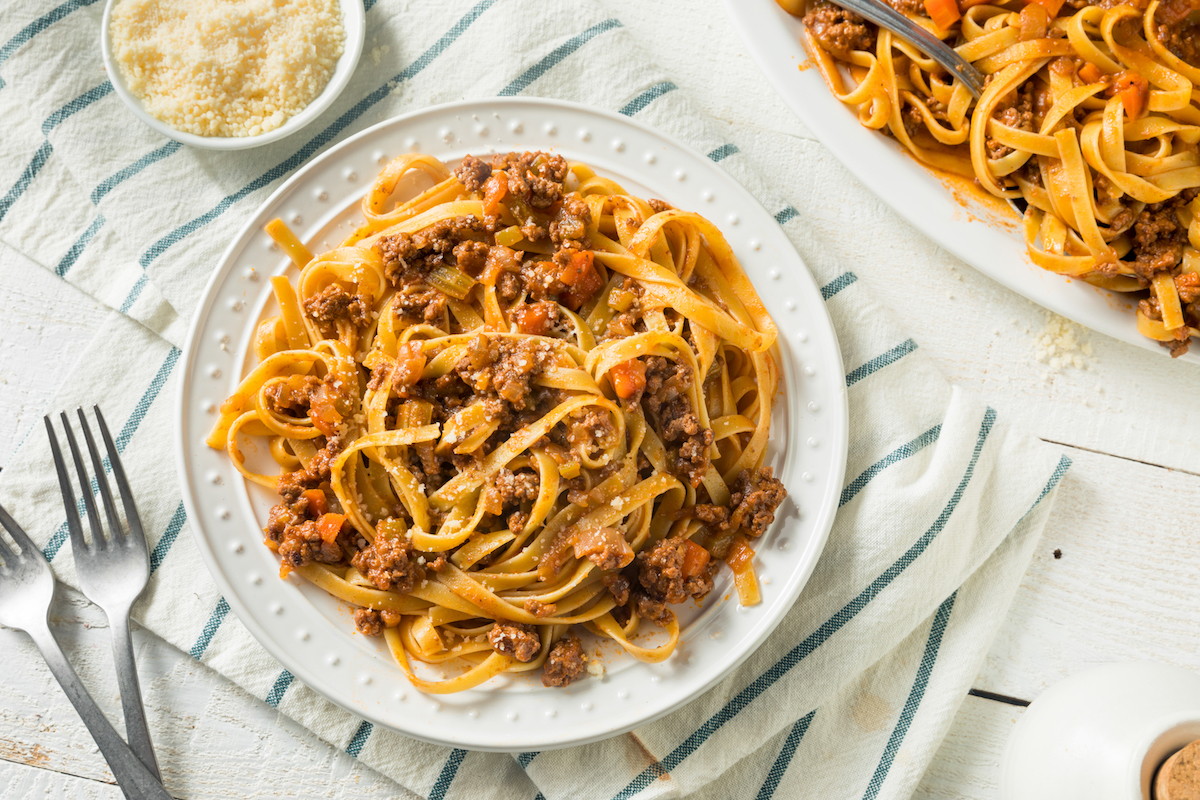 Emilia-Romagna, affectionately known as the “bread basket” of Italy, is quite possibly the gastronomical heart too, stretching from the Apennine mountains to the beautiful turquoise waters of the Adriatic. The birthplace of Parmigiano Reggiano, Prosciutto di Parma and balsamic vinegar, this northern region is the ultimate destination for any gourmet-lover, or rather, buongustaio. And with Bologna as its capital, no visit would be complete without savouring the local tagliatelle Bolognese, and tasting exactly the way it should be done. Meat eaters should head to the northern and eastern areas of Emilia, well known for its pork based meals, whilst the region of Romagna serves up lighter, more sea-based authentic Italian food.

The stylish CasaDodici in Cesenatico, beside Leonardo Da Vinci’s Canal, is the perfect spot to spend the night, or many, in this wonderful region of Italy. The villa’s ‘12 Ristorante’ offers a menu based on Romagnolo cuisine, with seafood being their speciality. Try the Amanti del mare, literally meaning ‘Lovers of the sea’; an epicurean dream of spaghetti and sea urchins served with a dusting of bread powder and garlic. Delizioso! 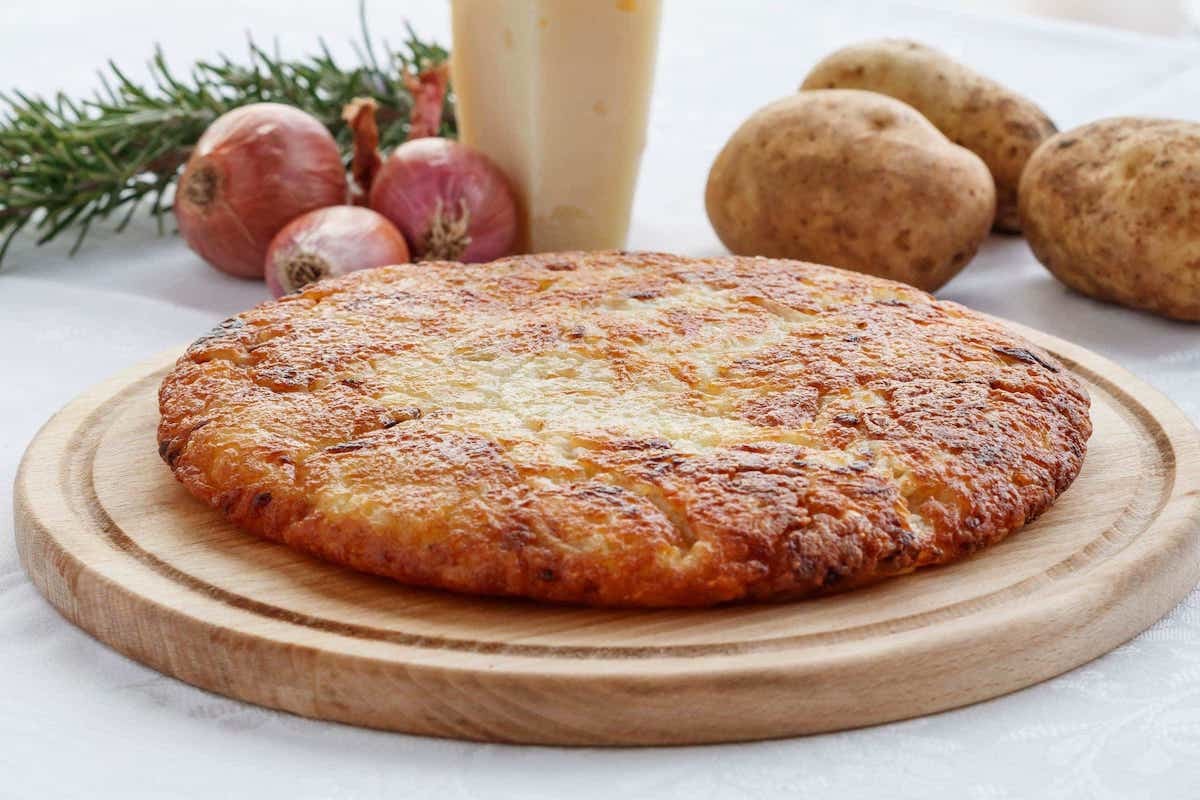 Bordering Austria, Friuli-Venezia Giulia is one of the least touristy regions of Italy and home to the Dolomite Mountains, the magnificent Piazza dell’Unita d’Italia and around 35 varieties of wine. As Friuli only became part of Italy in 1954, Slovenian and Bavarian influences abound, resulting in a culinary fusion that’s sure to delight. One of the best Italian foods here is jota, a bean stew made with sauerkraut. Another Bavarian-inspired treat is struccolo. A take on the Austrian strudel, struccolo, features a paper thin layer of dough rolled around a sweet or sometimes savoury filling.

Much like the region of Emilia, Friuli is famous for its pork, and in particular, ham, including the dry-cured San Daniele PDO (meaning ‘Protected Designation of Origin’). And if you like cheese, you’re going to love Frico. Made from high fat cheese strips, Frico is a delicious type of cheese crisp that was popularised in poorer times.

Need a place to stay? The Hotel Savoy Grado is an elegant home away from home, situated on the island of Grado. Their fabulous restaurant offers a different Italian food menu every day, using only the freshest, seasonally picked ingredients. 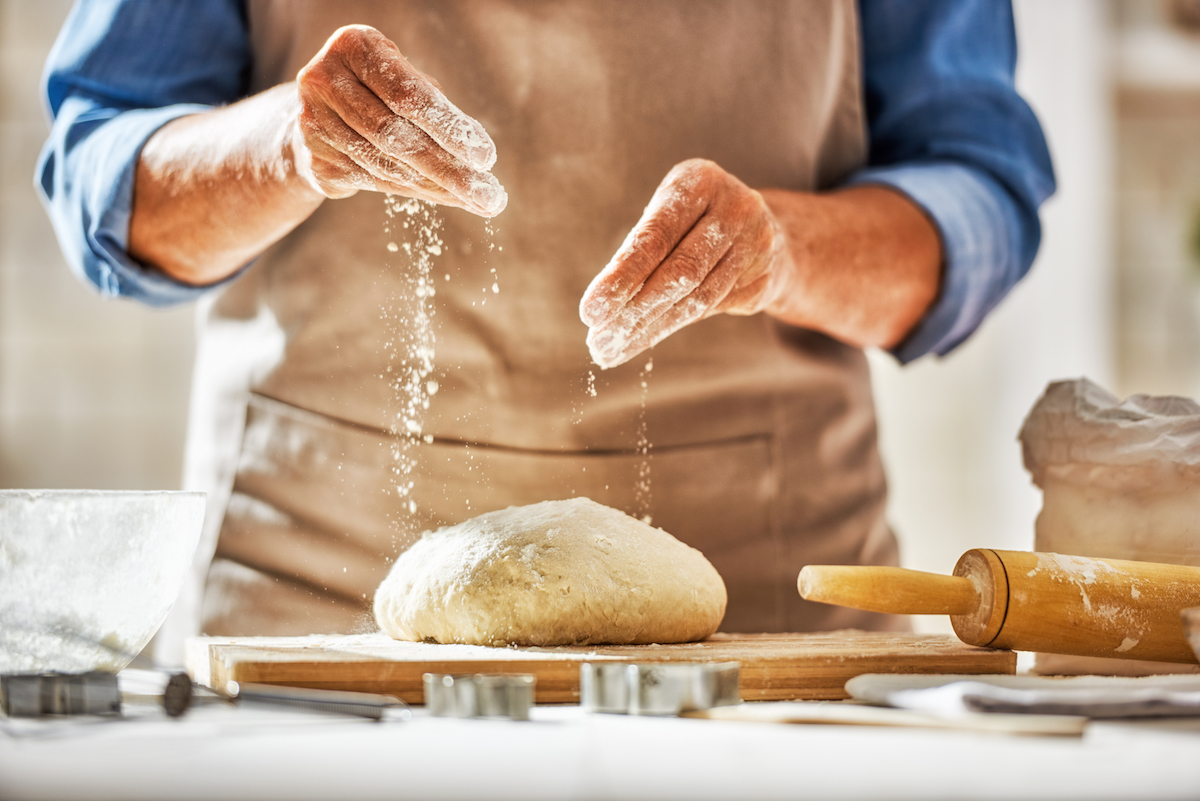 Sophisticated foodies might be lured by the mountainous region of Piedmont, widely acknowledged to have started the ‘slow food’ movement, as locals choose to use fresh, homegrown products. It’s often described as the ‘land of butter’ rather than olive oil, as so few olive trees grow here — hazelnuts by contrast, grow in abundance. Thanks to their ideal crunch and taste, these heavenly nuts are used in many chocolates as well as Nutella, which is made locally. Should we pass you a spoon?

The white Piedmont (or Alba) truffle is without question, the finest truffle in the world, and the most expensive. Named after the region of Alba in which they grow, this local delicacy starts at the price of £1000, but is often sold for several times that amount. Easy to see why they dubbed it the ‘Diamond of Alba’!

La Villa, the seventeenth-century palazzo turned boutique hotel, makes for an idyllic hideaway surrounded by the rolling hills of Mombaruzzo. Their restaurant, ‘La Vie’, serves up delicious Italian fare such as red prawn and zucchini tagliatelle and thyme-roasted Piemontese beef with patate al forno. But for an extra decadent touch, throw on some of those famous white truffle shavings! 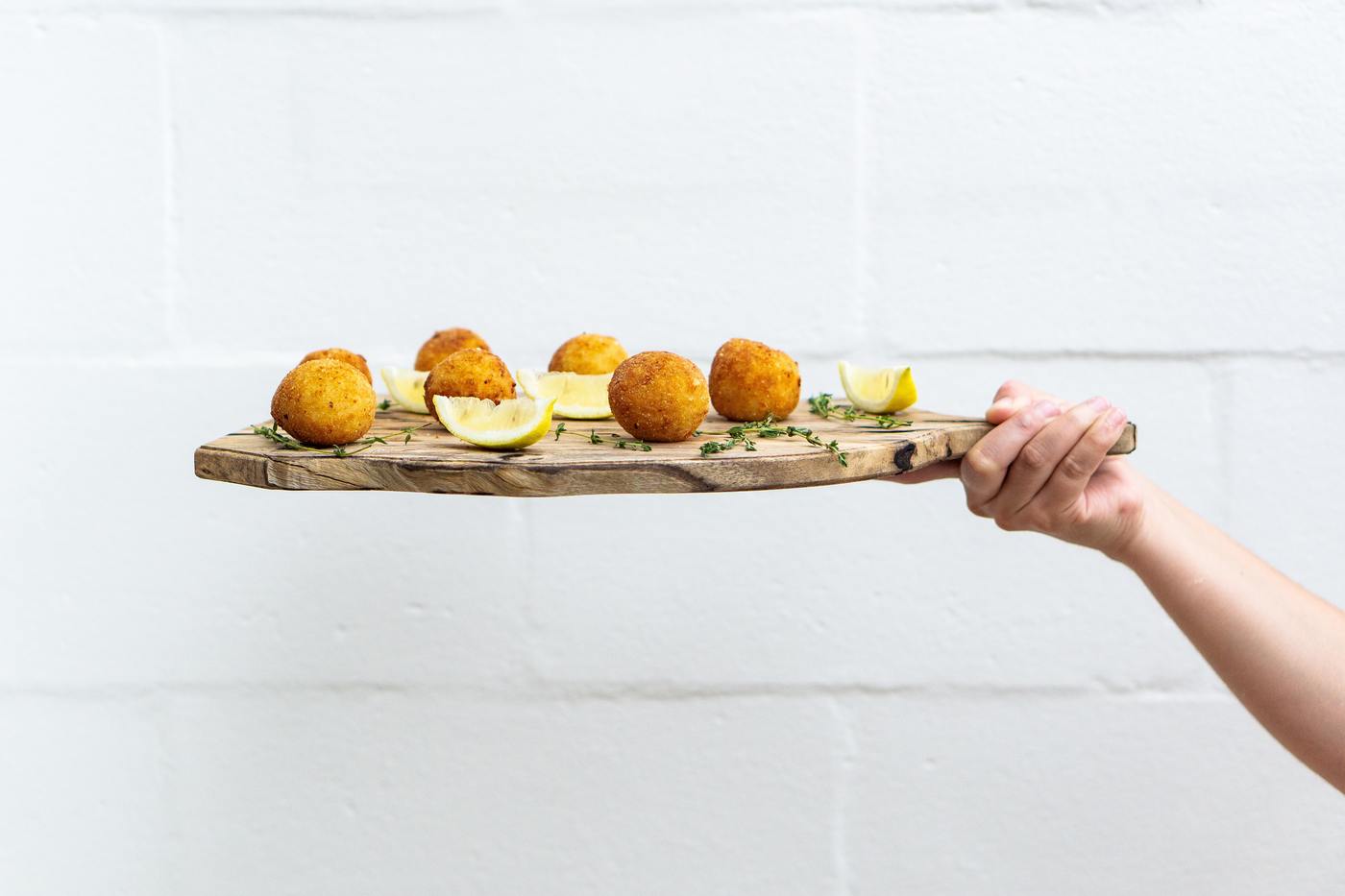 From the white sands of Spaggia dei Conigli to the smoking Mount Etna, Sicily’s scenery is as diverse as its cuisine; a cultural melting pot of Greek, Spanish, French and Arabic influences. Sicilian menus are big on traditional Italian food, and Arancini, a delicious ball of creamy risotto rice, is one of their most celebrated. Pasta reigns supreme too, with Pasta alla Norma as famous as the nineteenth-century opera it was named after. A symphony of aubergines, tomatoes and salted ricotta make this a fantastic choice for vegetarians. It’s worth noting that Italy is surprisingly vegan-friendly too.

As an island it’s obvious that seafood will feature highly on any menu, but the succulent gambero rosso are second to none and sent to the finest Michelin-starred restaurants around the country. Sweet toothed? You have to try one of Sicily’s greatest exports - cannoli. These deep-fried tubes filled with ricotta and sheer ‘scrumptiousness’ are an absolute must.

Masseria Susafa offers the most enchanting stay at their eighteenth-century farmhouse, nestled in the countryside of Palermo. The hotel’s impressive restaurant, ‘Il Granaio’, is set within a huge vaulted granary and offers a set menu or à la carte, using ingredients mostly grown on site, alongside their sustainably produced extra virgin olive oil. 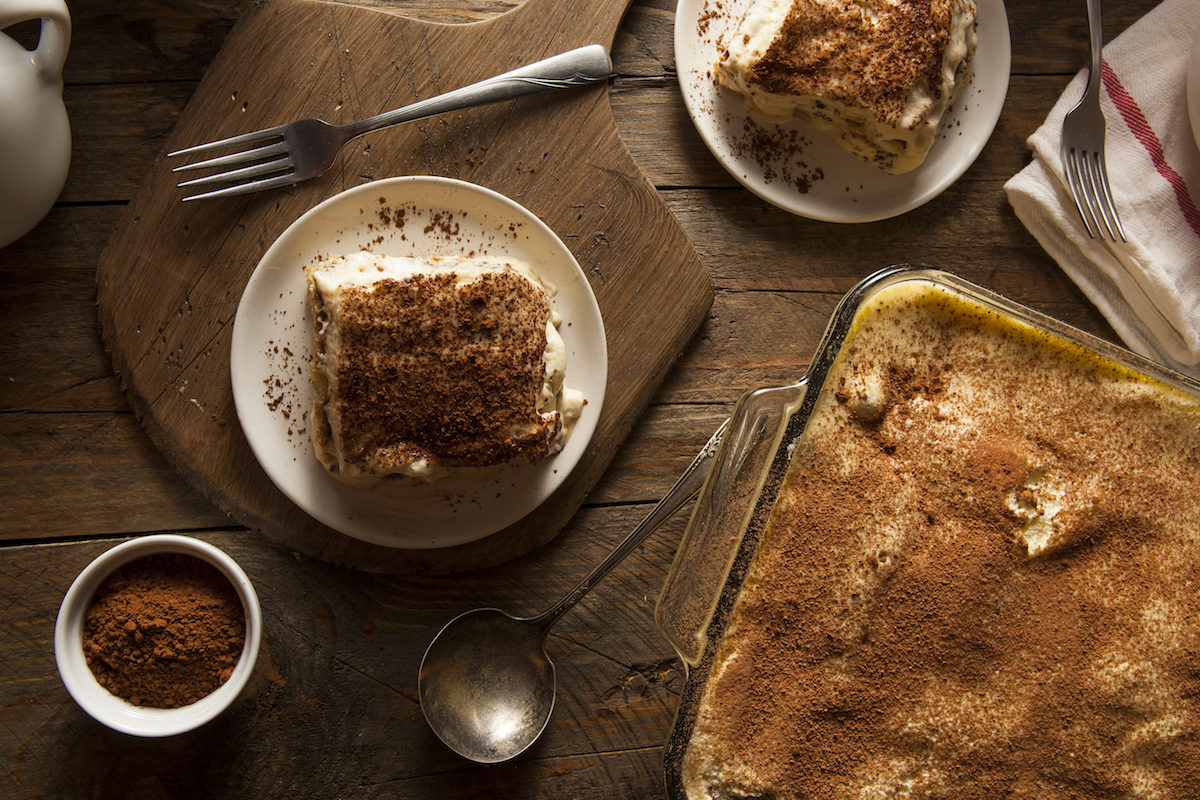 From the waterways of Venice to the medieval town of Verano, home of star-crossed lovers Romeo and Juliet, it’s easy to see why Veneto remains one of Italy’s most popular, and romantic, destinations.

In Veneto, Italian pasta is overshadowed by rice and polenta (a type of boiled cornmeal porridge) and many of Italy’s most famous PDO cheeses, such as Grana-Padano and Asiago, hail from here. If you enjoy tapas-style plates, you have to try cicheti – an assortment of meat and fish, whilst the risi e bisi (a rice and peas risotto-style soup) is the most famous in all of Veneto Italy, and used to mark the national day of Venice. If you’re in need of something more dolce you’ve come to the right place. It’s thought that Tiramisu, which translates to ‘pick me up’, originated from Treviso which is reason enough to visit.

And who could forget the Bellini? This perfect combination of Prosecco and peach purée was conceived in 1948 by Giuseppe Cipriani, head bartender and owner of Harry’s Bar, one of Venice’s most famous institutions. Wine aficionados will adore a stay at Venissa, a secret vineyard retreat on the island of Mazzorbo enclosed by ancient walls and presided over by a thirteenth-century bell tower. With just 10 tables and an open kitchen, their intimate Michelin-starred ‘Il Ristorante’ is run by Francesco Brutto, named Italy’s best young chef in 2017. Offering a menu that honours the lagoon, be sure to accompany any dish with one of their rare gold wines. One thing’s for certain, you won’t be leaving hungry, or sober.