Climate change is happening whether we choose to acknowledge it or not. Thankfully, with growing awareness, more and more leaders, businesses and individuals are looking at ways to turn this around. But what about responsible travel? Can we really leave the places we visit in a better condition than we found them, or at the very least, without any trace? The tourist industry has to find ways to create the most sustainable form of travel, which may at first sound like an oxymoron, but with the right practises being implemented, it’s fast becoming a reality. So for all of us who share a healthy dose of wanderlust, let’s take a look at the sustainable tourism destinations that are truly putting ‘green tourism’ back on the map. 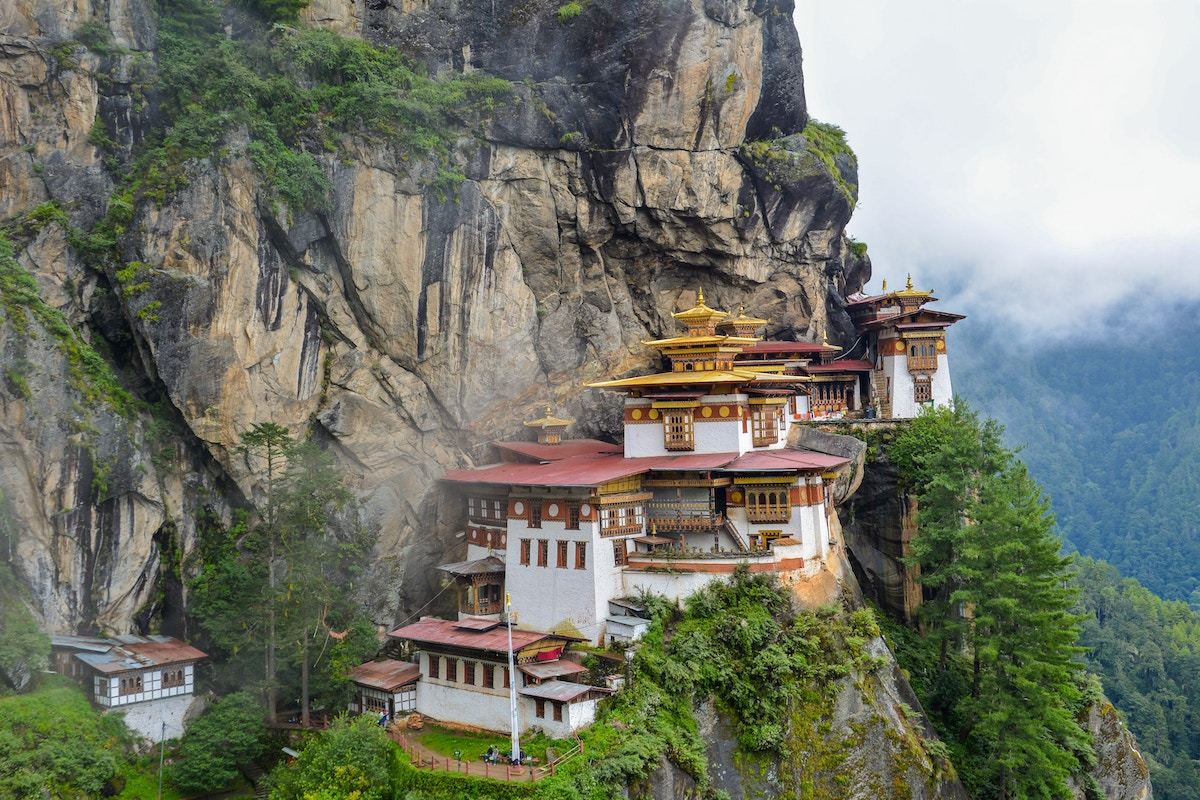 Kicking off our list of eco-friendly and sustainable travel destinations, is Bhutan. This beautiful Himalayan Kingdom, nestled between China and India, isn’t merely carbon neutral, it’s carbon negative, which means it produces more oxygen than it consumes. In fact it’s the only country in the world to stake this impressive claim and part of this can be attributed to its use of hydropower over fossil fuels. It also helps that 60 percent of its dense green landmass is maintained and protected as forest.

Bhutan only opened its doors to visitors in 1974, and tourism levels still remain low. Not only is a visa required to enter, there’s also a ‘minimum daily package fee’ which covers basics such as food, accommodation and travel, along with a licenced tour guide. Funding for education, healthcare and poverty alleviation is also built into this fee, making tourism a positive financial contribution to the country. While other leaders focus on their country’s Gross Domestic Product (GDP), Bhutan’s forward-thinking monarch, King Jigme Singye Wangchuck, implemented a Gross National Happiness Concept (GNH) based on the pretext that the GDP ignored the one basic human need – happiness. Now if Bhutan’s sustainability wasn’t enough, this must surely be enough to put a smile on your face.

Next up is Slovenia’s capital and largest city, Ljubljana. A vibrant and colourful town, framed with snow-capped mountains, it’s easy to see its appeal but if green tourism is your goal, The European Union named Ljubljana Europe’s greenest capital in 2016.

The city centre was closed to motor vehicles in 2012, and with its free Bicikelj bike sharing system, Ljubljana has since become one of the most bicycle-friendly cities in the world. Mobility-impaired? No problem. The city also introduced an electric-powered free transportation called Kavalir (meaning Gentle Helper) for those in need, plus more and more buses now run on methane, further reducing CO2 emissions. Blessed to be situated next to a river, this Slovenian city is able to provide high quality, unprocessed potable water, and has over 30 drinking fountains scattered throughout. Ljubljana was also the first EU country to announce a zero waste plan and with an impressive 542 square metres of green space per capita, what are you waiting for to visit? 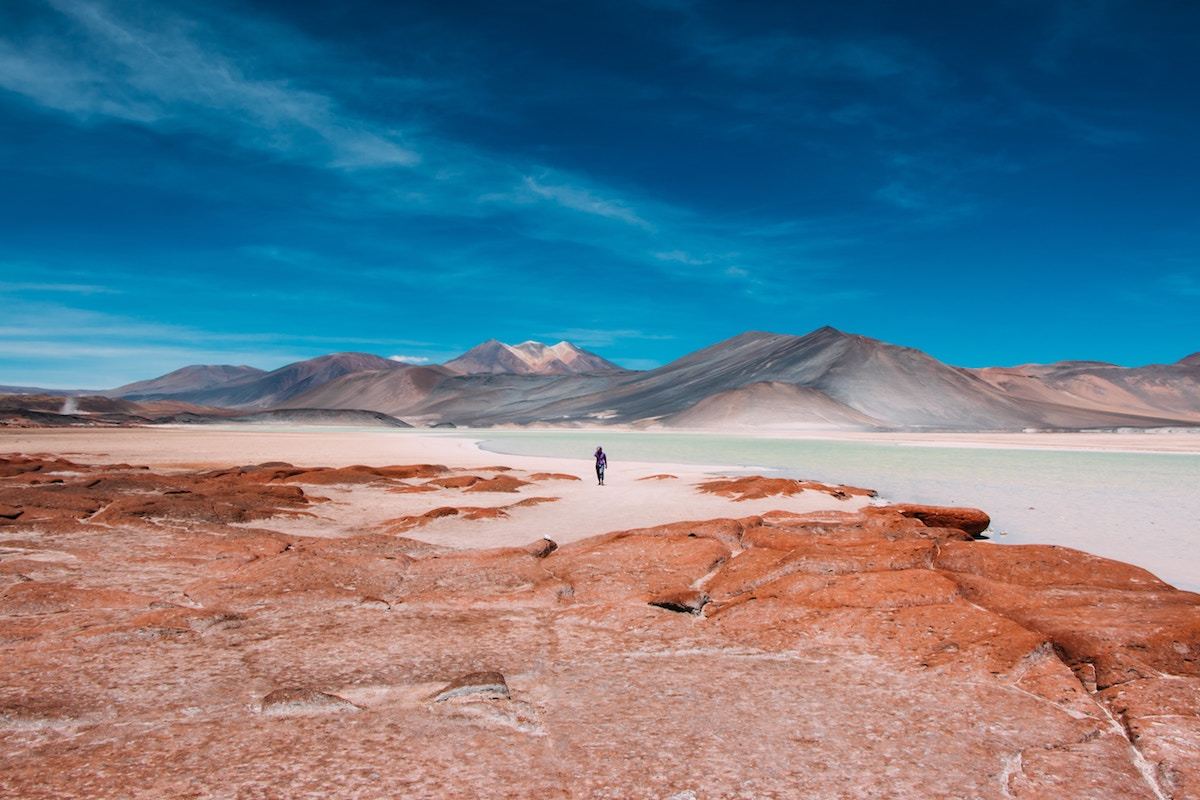 Often referred to as the ‘longest country in the world’, Chile is without a doubt one of the most diverse. From the wilderness of Patagonia to the desert landscapes of Atacama, this South American jewel is home to some of the greatest natural treasures on the planet. But did you know that Chile has also become a world leader in sustainable tourism?

Chile’s liberal economy not only implements strict safety standards and optimum healthcare, but openly encourages entrepreneurship too; many surveys indicate that Chilean society is the most environmentally aware. This is no more evident than in the system of environmental certification of schools — starting at nursery level and going all the way up to university, embedding sustainability right into the very heart of the nation.

If you’re looking for a place to stay, we recommend Vik Chile, in San Vicente de Tagua, for a truly unique experience. A hotel and winery in one, Vik Chile has been hailed an avant-garde wine spa and with its floor-to-ceiling windows, allows for uninterrupted views of the breathtaking views outside. In line with Chile’s sustainable manifesto, expect nothing less from this hilltop retreat and rest assured that whilst luxurious, your stay will not negatively impact the environment. Natural resources are used for both heating and cooling and all of the hotel water is collected and recycled. Come for the wine and stay for everything else. 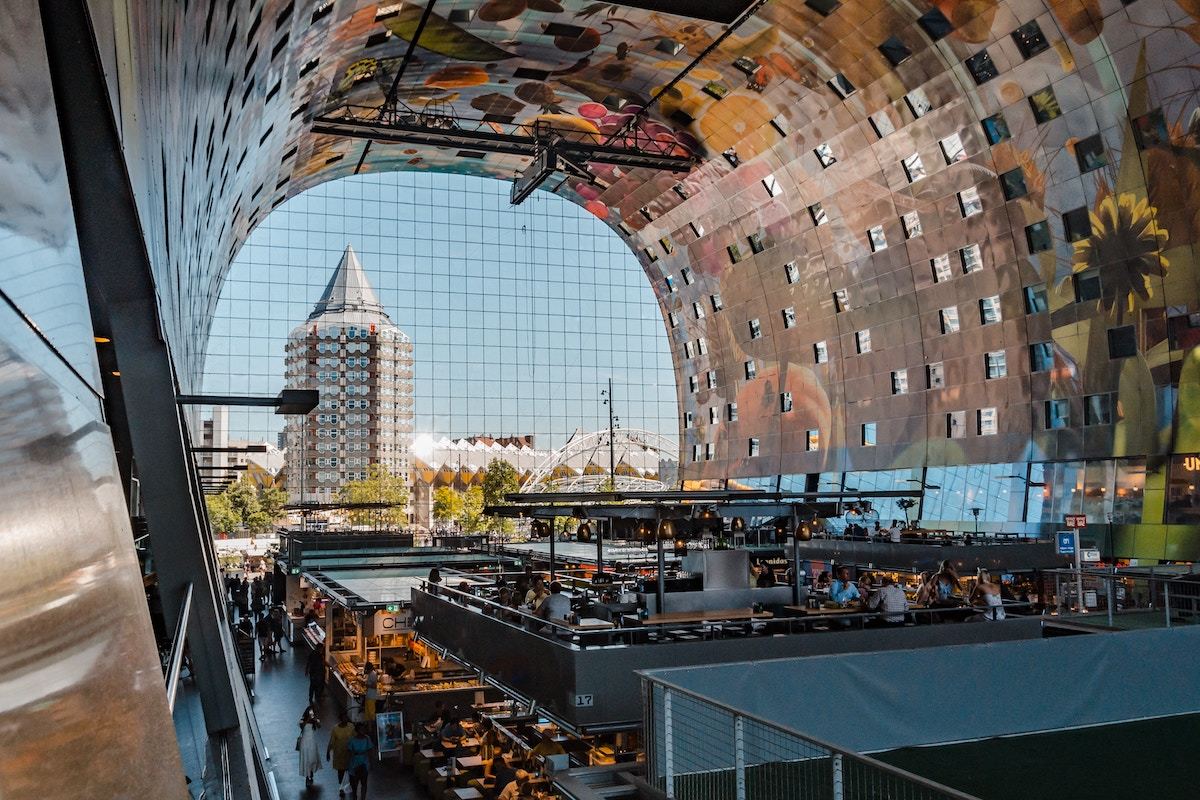 Rotterdam might not be the first place that springs to mind when you consider responsible travel but as the Netherlands’ second largest city, it appears to have been given a new lease of life. As one of the largest ports in the world, Rotterdam has always been a busy hub for world transport and trade and along with it, pollution, but the times are a changin’. Rotterdam’s municipality has ambitiously decided to turn things around and become a leader in clean energy. Not only will they switch to 100% green energy but also provide additional wind turbines and solar parks too. The government has already invested a cool 31 million euros towards creating a healthy city atmosphere and their initiatives include noise reduction and the improvement of air quality. By 2030 the city fleet will be replaced by zero emission vehicles, whilst in business, suppliers are switching to Fair Trade products and people are taking note — where Amsterdam used to be the Netherland’s go-to destination, Rotterdam is now a veritable rival, especially for those seeking green tourism. We’re excited to see what the future holds. 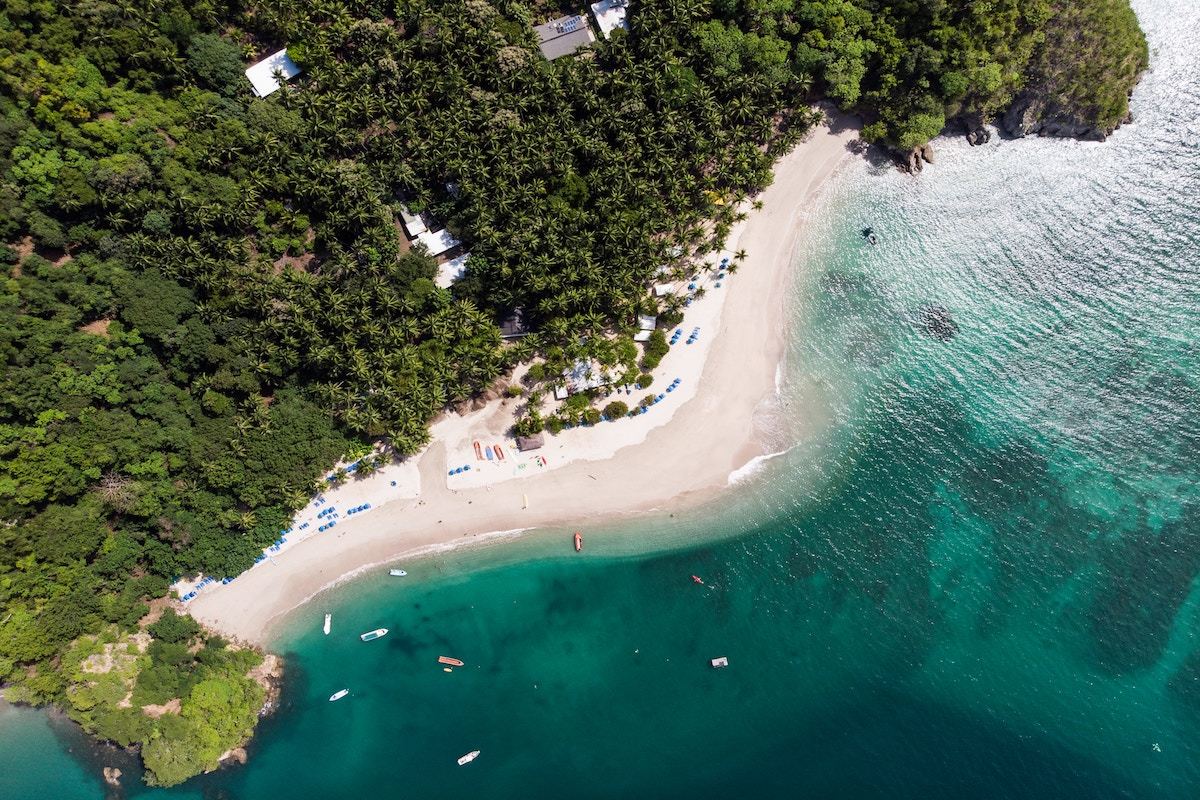 What could be a more sustainable tourist destination than the land of ‘Pura Vida’? It’s been said that Costa Ricans live longer and healthier lives than the rest of the world, and much of that can probably be attributed to their sustainable way of life. This lush land already produces almost 93 percent of its electricity from renewable resources, allowing the country to achieve one of the lowest ratios of greenhouse gas emissions to electrical consumption on the planet. As one of the world’s most biodiverse countries too, Costa Rica is home to over half a million species, and 25 percent of its territory is protected by law. Costa Rica aims to be the first country in the world that is both carbon neutral and has simultaneously eliminated single-use plastics. And, according to Dr. Edgar E. Gutiérrez Espeleta, the Minister of Environment and Energy of Costa Rica, this goal is set to be achieved by 2021;

“We are a small country with big goals. Our pioneer spirit is part of what sets us apart.” But don’t take his word for it, see and experience this glorious country for yourself. Costa Rica has an abundance of eco-friendly accommodation and one such place worthy of your consideration is the luxurious adults-only boutique hotel, Casa Chameleon Las Catalinas. With 21 private villas, spectacular views of the Guanacaste coast and stringent eco friendly travel policies in place, this is responsible tourism at its finest. At Casa Chameleon you can expect non-toxic cleaning products and energy efficient lighting, alongside organic bath products and more. Needless to say single-use plastics have been replaced with bamboo straws, glass bottles and even clay soap dispensers. Not only is Costa Rica leading the way in sustainability, these positive practises are permeating throughout its society too. 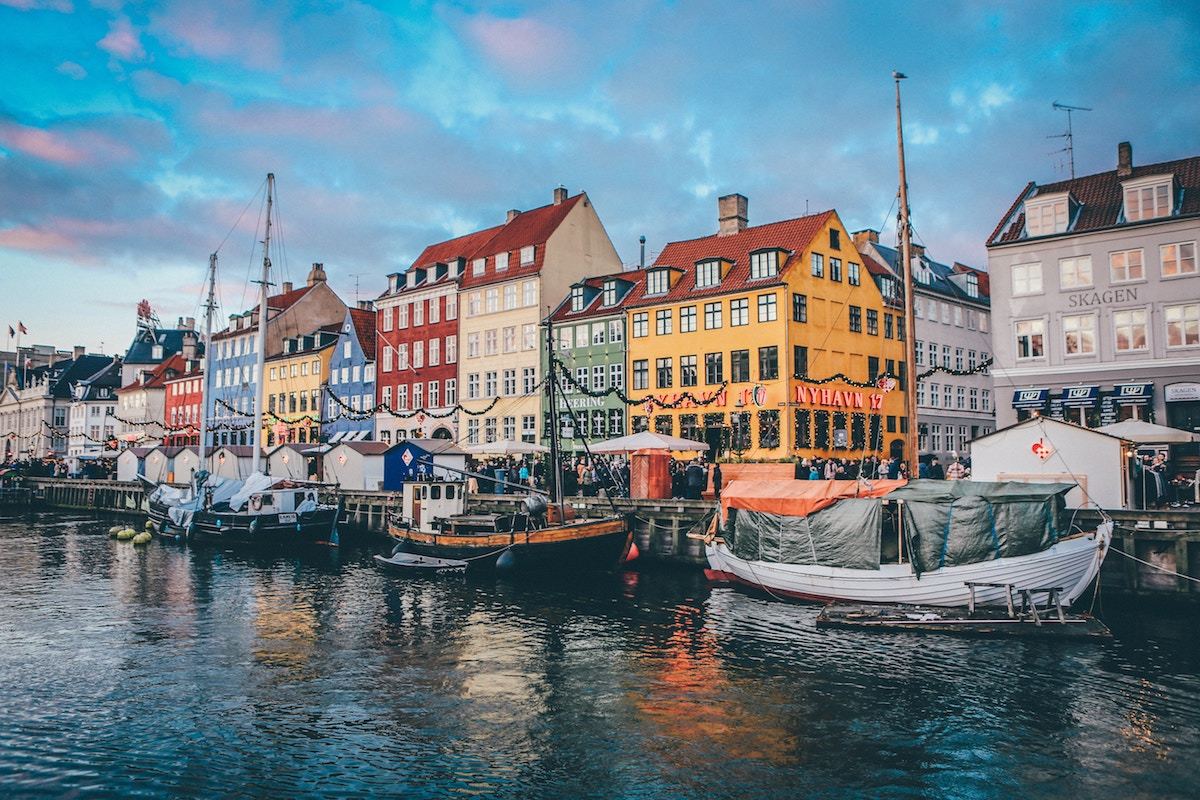 Wonderful, wonderful Copenhagen! Danny Kaye wasn’t wrong when he sang about this charming Danish capital which was named the European Green Capital in 2014, and aims to become the first carbon neutral capital by 2025. Frank Jensen, mayor of Copenhagen, is focusing heavily on mobility, pollution and energy. There’s a clear shift towards renewable energy and a new power plant is even turning rubbish into heat and electricity. Almost everyone in Copenhagen cycles, and with an expanding network of bicycle highways, who needs to drive anyway? The automated metro system is also very impressive. There’s never more than a 2-minute wait so it’s only a matter of time before this green city becomes totally car-free.

Want to experience this forward-thinking city for yourself – head to the Andersen Boutique Hotel in Vesterbro, arguably one of the city’s coolest neighbourhoods. The Anderson is as colourful as a candy jar with a happy palette of bright pink, purple, lime and blue. Green Key ® Certified means this stylish city hotel has to meet a strict number of environmental demands which include limiting the production of waste and decreasing the use of water and electricity. Guests are given a gift if they decline housekeeping during their stay and that’s certainly incentive enough. 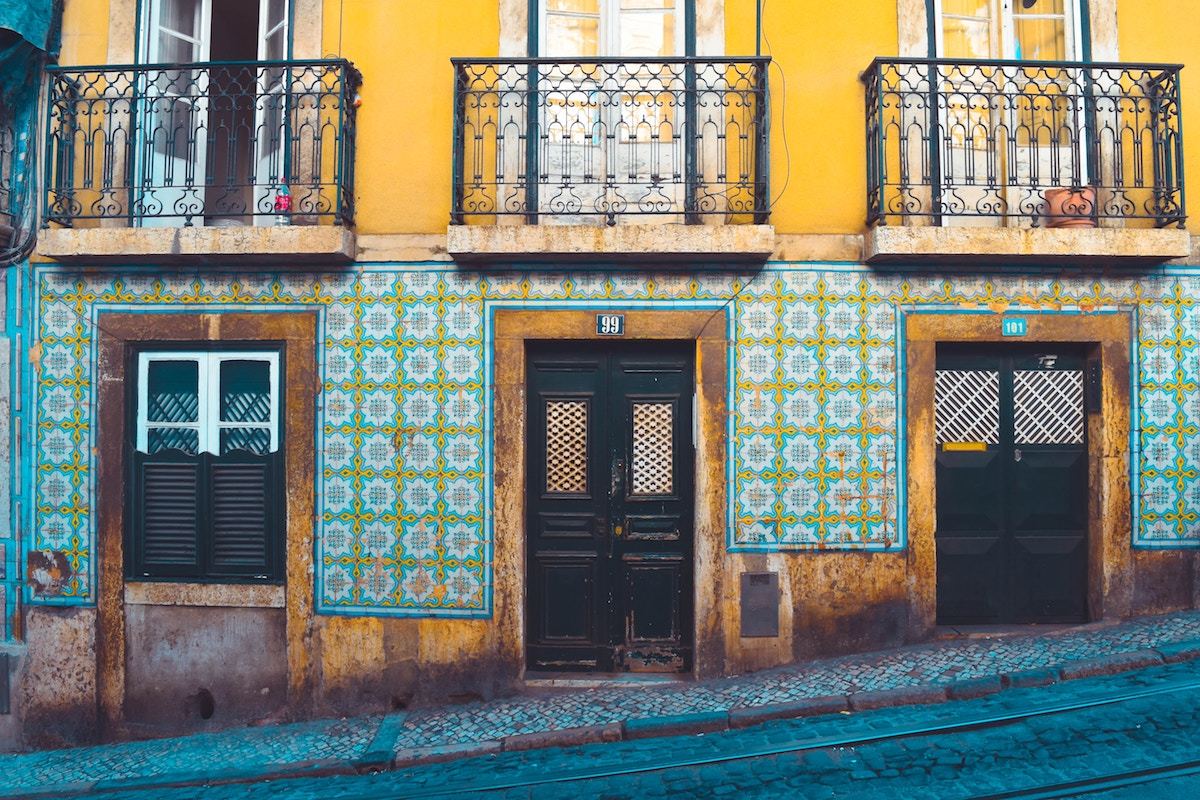 Portugal has always been a popular destination for tourists but today eco friendly travel adds to its many appeals. A partnership agreement was set up between Portugal and the European Commission, called Portugal 2020, dedicated to creating sustainable economic and social development. One of its main targets is to reduce greenhouse gas emissions by having 31% of energy generated from renewable resources, such as solar power. Another target is social development and the hope of achieving a 75 percent employment rate whilst cutting the number of people living in poverty by 200,000. Since Portugal 2020 began, 100% of drinking water now meets health standards and air quality has vastly improved. Transportation also goes under scrutiny and it’s planned that over 500 buses will be replaced with electric powered ones, whilst the country invests in two underground networks. Portugal currently ranks among the 30 most sustainable countries in the world and just like Copenhagen, also aims to become carbon neutral, setting 2050 as their expected deadline. Famous for its beautiful beaches, fine food and football’s Christiano Ronaldo, now there’s even more reason to go.

Which sustainable destination will you visit next?