Top Film Locations You Can Visit

Following the 91st Academy Awards last weekend, we want to appreciate some of the filming locations of some of the most iconic films in the world. Relive these movie scenes, and indulge in these celebrity surroundings; from having tea at Breakfast At Tiffany’s to running through Harry Potter’s platform 9 ¾ at London King’s Cross station, these top locations let you feel like you’re reliving these iconic movie scenes. 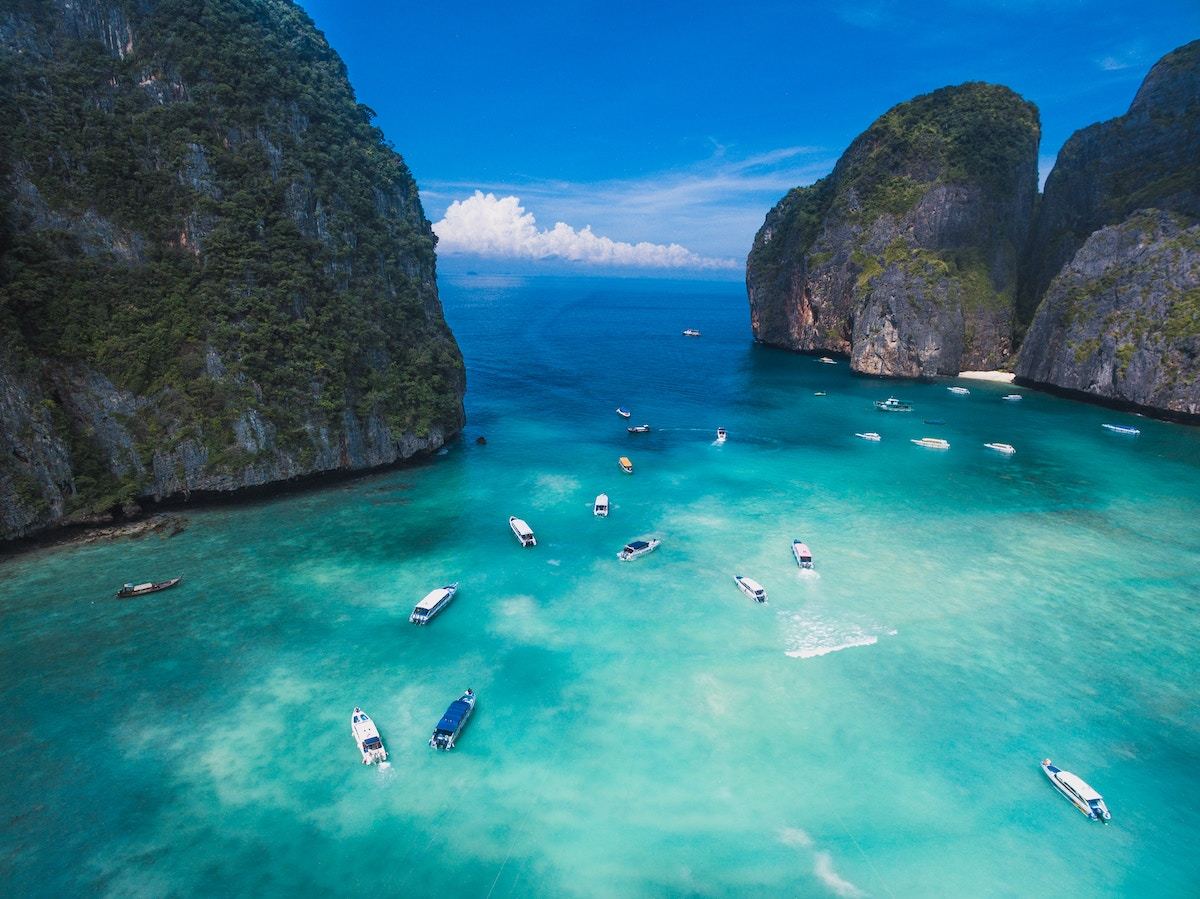 Directed by Danny Boyle, The Beach tells the story of a young American backpacker (Leonardo DiCaprio) who sets out to travel Thailand and happens upon a mysterious map, pinpointing a solitary beach paradise that leads him to go discover it. This year 2000 classic has excited inspiring travellers, and now, the Phi Phi Islands are a great tourist attraction, with millions of travellers adventuring there every year. Unfortunately, Maya Bay (the island where DiCaprio and the crew filmed The Beach), is currently closed due to this mass of tourism. However, you can visit many of the other Phi Phi islands, where you can discover magnificent coral reefs, clear blue waters and indulge yourself in complete harmony. Travel up to the city of Bangkok, where DiCaprio first began his journey, and stay at the enchanting Siam hotel. This boutique beauty hidden amongst city skyscrapers is a luxurious waterside villa with incredible interiors and a must-go spa. This trip is definitely a place to rejuvenate and follow in DiCaprio’s footsteps, discovering solitary beach paradises. 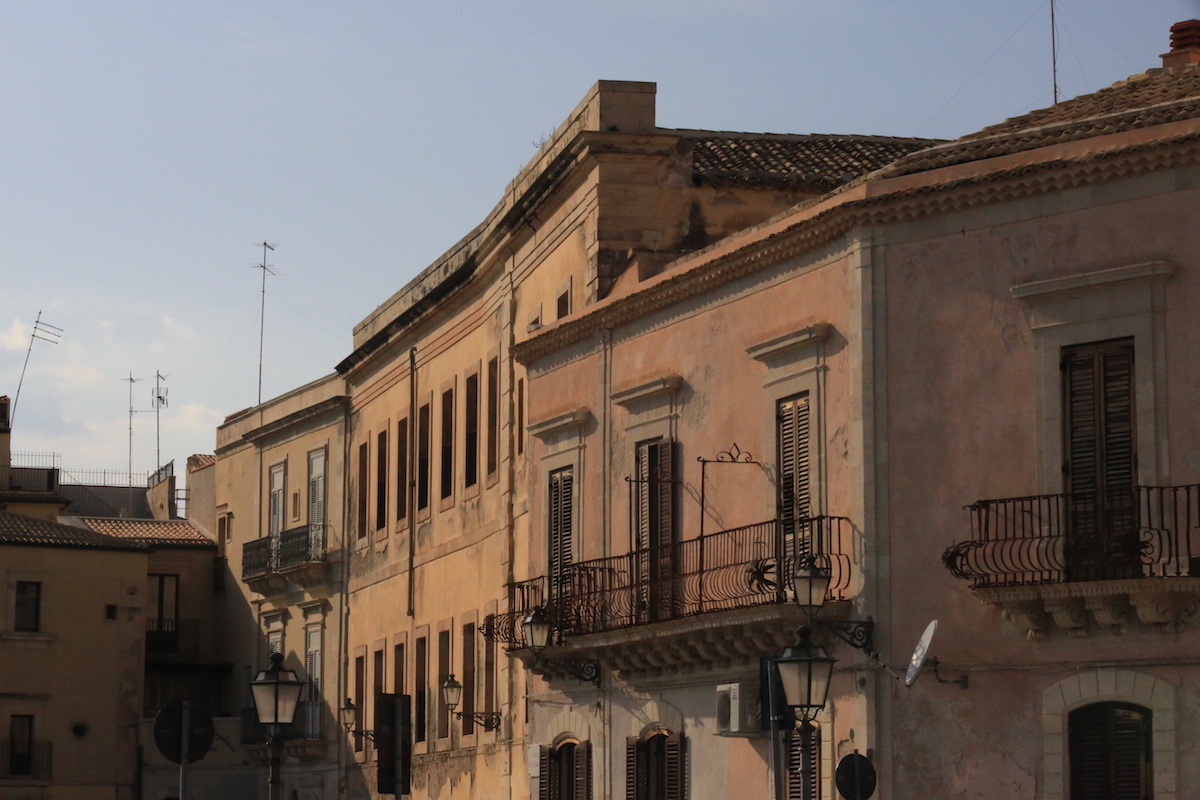 In the smaller Sicilian towns of Savoca and Forza d'Agro, just outside of Taormina, some of the 1973 crime drama trilogy, The Godfather were filmed. This classic follows the protagonist, Michael Corleone, as he takes refuge in Sicily after commencing a ‘bloody war’ between Italian mob families. Here, you can find the famous Bar Vitelli, the pretty Church of Santa Maria degli Angeli and other places you recognised from the film. In these small, untouched villages, you can take a real Godfather tour, seeing all the iconic scene locations in the area whilst discussing the story plots behind each one! When Francis Ford Coppola started working on this legendary trilogy, he realised that the town Corleone, where the film is supposed to be set, was too modern-looking, so he decided to film in the smaller Sicilian villages to give the full, authentic effect and to serve as the historic places of the novels.

Continue walking the footsteps of Michael Corleone and stay in a perfectly situated seventeenth-century villa. Villa Carlotta is situated on the edge of Taormina, surrounded by enchanting botanical gardens, film-worthy sea views and a bijou pool terraced above rose-coloured tiles of an ancient chapel. Only 30 minutes away from the iconic Godfather’s small towns, take a stroll through classic film history here in Sicily.

From the series of J.K. Rowling’s extraordinary fantasy novels, the Harry Potter trilogies follow a young wizard who begins his magical journey by getting invited to study at Hogwarts School of Witchcraft and Wizardry. In the first film, Harry Potter & The Philosopher’s Stone, many fans will recall how students gain access to the Hogwarts Express, by running at a wall between platforms nine and ten. This iconic filming location of platform nine and three-quarters was filmed at none other than London’s King’s Cross Station. The Harry Potter trilogies were filmed all around the UK and there are now many tours and experiences that allow you to re-trace Harry, Ron and Hermionie’s footsteps. At King’s Cross station, they have now opened a “platform 9 ¾” shop where you can get a photo of yourself pushing the famous trolley into the brick wall. Look out for a luggage trolley embedded in the wall, and imagine you’re off to start your very own magical Hogwarts journey.

Founded in 1971, the Portobello Hotel is the famous rockstar hangout, hosting the likes of many famous figures over the years. Situated on a quiet street in the attractive Notting Hill, this hotel is the perfect London getaway, full of eclectic spirit and eccentric charm. It’s only a 30-minute journey on the Underground to Kings Cross, and what better way to spend you Harry Potter-fueled adventure than in an infamous hotel brimming with personality? 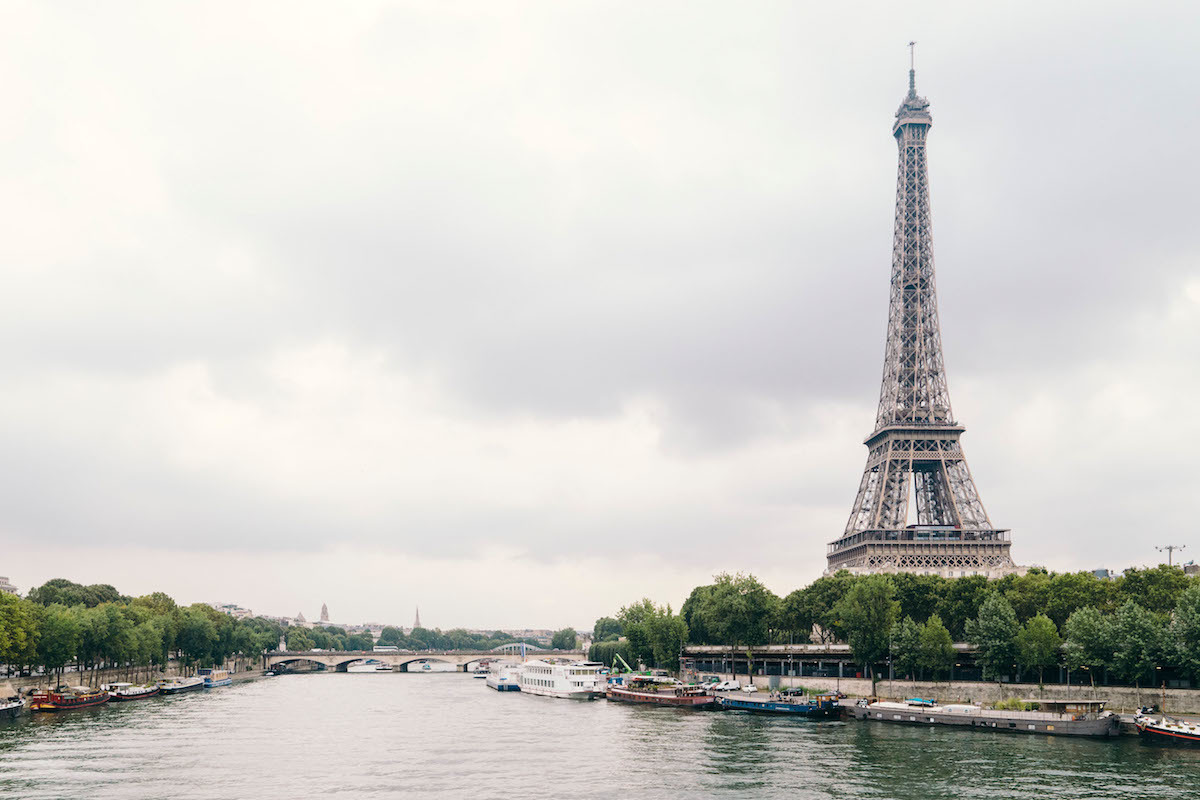 Shot in over eighty different destinations, the award-winning romantic comedy directed by Jean-Pierre Jeunet is an all-time French favourite. Amélie originates from the book Le Fabuleux Destin d'Amélie Poulain, and tells the story of the shy but mischevious Parisian waitress who decides to help others around her and to change their lives for the better. At Café des Deux Moulins, where Amélie works, flowing away with her imagination whilst snacking on the crème brûlée, you can sit at the tables that Amélie waited and try the sweet dessert, which is now named after her.

Start your Parisian walk in Amélie’s shoes from the Blanche metro station, visit the heart of the village of Montmartre with Amélie-inspired graffiti on the walls, then get lost amongst the cobbled streets, fairytale townhouses and hidden squares. Away from all the tourist traps, this cafe is now famous, with the poster for the 2001 film displayed inside the cafe. Although the tobacconists are no longer there, the bar still has the zinc counter of an authentic Parisian bistro. If you are a fan of the film, treat yourself to a crème brûlée and break the sugary crust with the end of your teaspoon just like Amélie does in the movie…

Only twenty-five minutes from Montmartre this old textile factory, Hotel Fabric, is now a living celebration of the building's history, with traditional architectural style and refined, unique touches. Designed by Agnes Louboutin and Patrice Henry and created by architect Vincent Bastie, Hotel Fabric is the perfect Parisian stay. Located in the up-and-coming eleventh district of Paris, this creative hotel steeped in old Parisian history will let you live the Amélie experience to the fullest. 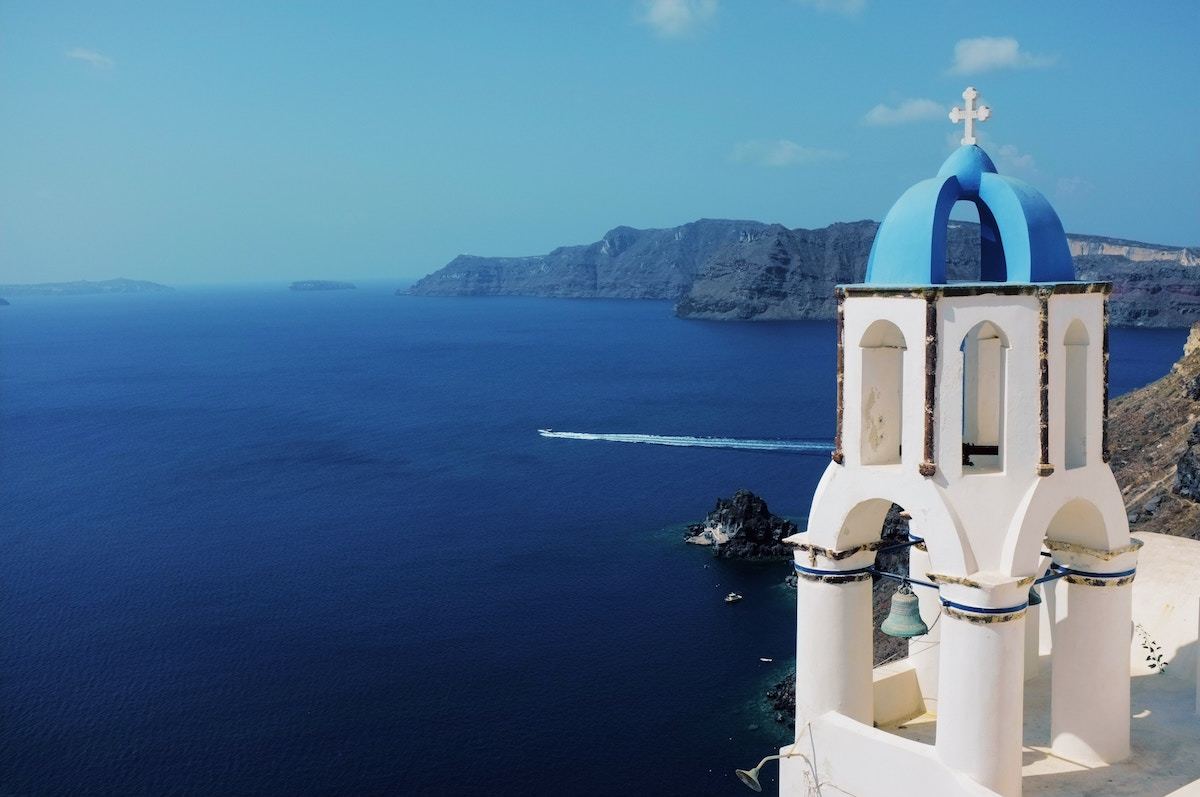 Set on a colourful, remote Greek Island, the worldwide famous jukebox musical follows the character Sophie Sheridan, a young girl who’s about to get married and yearns to discover whom her father is before the wedding. Donna, her mother, runs a now somewhat dilapidated hotel on this magnificently solitary island, Kalokairi, and to her surprise, finds the three potential fathers of her daughter invited to the wedding. Based on the songs of iconic Swedish group ABBA, the musical was adapted into a film in 2008 and is now an all-time favourite. Starring Amanda Seyfried, Colin Firth, Pierce Brosnan and Meryl Streep the movie was a big hit. Now, fans can visit the island where Mamma Mia was filmed, Skopelos, and admire the idyllic beauty of the landscape and its surroundings.

Take a day trip to this captivating romantic island, and relive the Mamma Mia moments all over again. Climb up over 100 stone-carved steps to the church of Agios Ioannis Sto Kastri, where the final wedding scene is set; take a dip in the luxurious turquoise waters of Kastani Beach where the song ‘Lay All Your Love On Me’ was filmed, and walk along the pretty harbour of Agnontas and dance in the sunset where ‘Money Money Money’ was set! 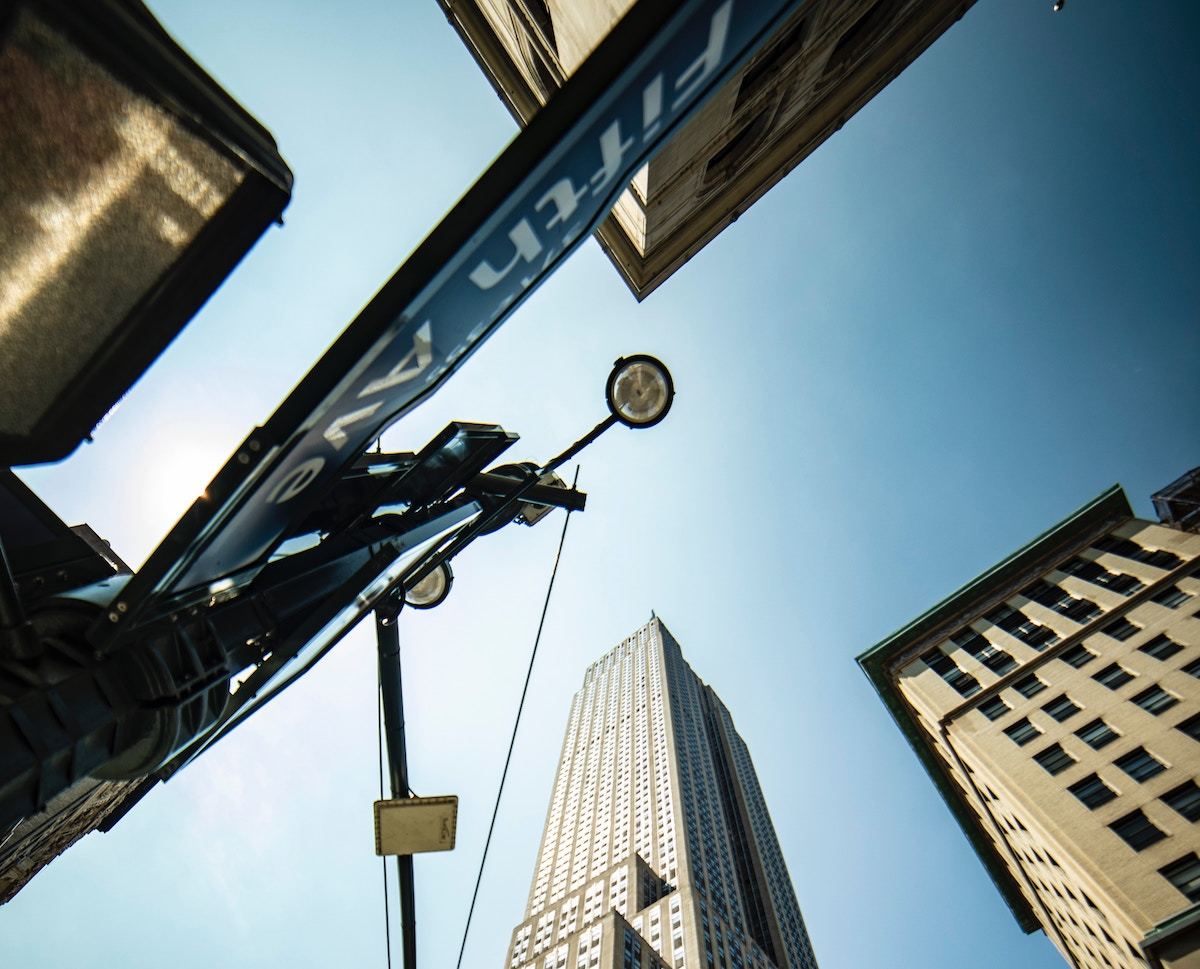 Based on Truman Capote's novel, this 1961 classic romantic comedy is about a naive young woman called Holly Golightly (Audrey Hepburn) in New York City who falls in love with the writer who moves into her building, Paul (George Peppard). The New York socialite loves to party, has meaningless relationships, and has aspirations for glamour and wealth, embodied by the comfort she feels at Tiffany’s. This all-time classic was filmed around Manhattan, New York, in major tourist attractions, Central Park and Fifth Avenue, “the most expensive street in the world”. This major thoroughfare in the borough of Manhattan stretches from Washington Square Park to Harlem.

Accommodating up to forty people and more than fifty years after the Oscar-award winning film was released you can now actually have breakfast at Tiffany’s. The Blue Box Café is nestled inside Tiffany’s Manhattan flagship store and is the first retail dining restaurant of the jewellery brand. Take a walk on fifth and indulge yourself in glamour and diamonds, whilst living the life of Holly with breakfast at Tiffany’s. Only a stone's throw away from the symbolic Empire State Building and Madison Square Park, keep up this glamorous trip by staying at the luxurious Mondrian Park Avenue hotel. It is the perfect New York elite and its sophisticated interiors are designed by Phillippe Starck. Enjoy this luxurious trip with a cocktail on the rooftop terrace, whilst looking across the exciting city of New York. 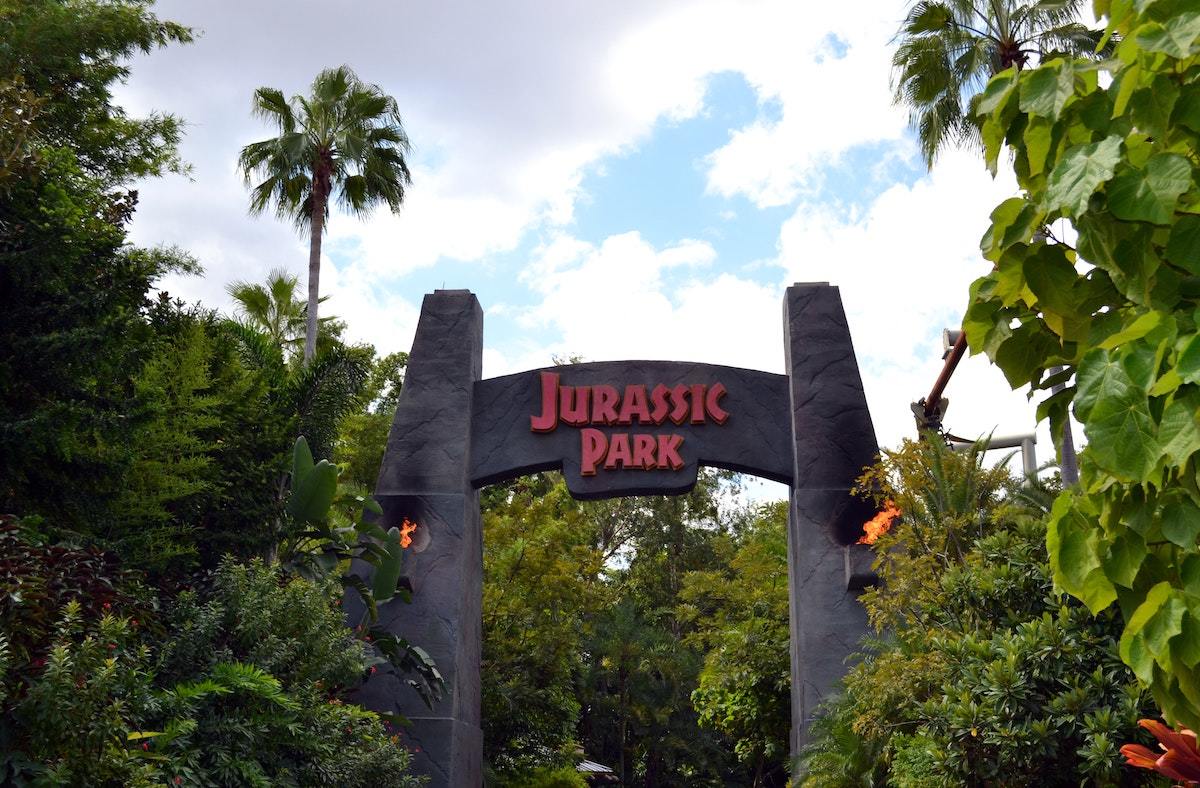 Directed by one of the most commercially successful filmmakers in Hollywood history, Steven Spielberg bought the 1993 science-fiction film Jurassic Park to our screens. On Isla Nublar island, a theme park full of living dinosaurs has a major power breakdown which allows the cloned dinosaurs to run in haywire. The founder of the park, John Hammond (Sir Richard Attenborough) invites palaeontologist Alan Grant (Sam Neill) to tour the island with him and show him his new discoveries and creations of cloning thirty different species of dinosaurs. This massive blockbuster film was set in the fictional island, Isla Nublar in Costa Rica, modelled after the real Cocos Island west of Costa Rica, but was actually filmed in Kualoa Ranch, Oahu, a 4000-acre private nature reserve. It has served as one of Hollywood’s filming locations for several other movies such as Lost, Jumanji: Welcome to the Jungle, Kong: Skull Island, and many many more. It is now a popular tourist attraction where fans can take specialised movie tours around the island.

Even though Jurassic Park was filmed on a secluded island in Hawaii, you can now visit Costa Rica’s real Isla Nublar on Cocos Island. Discover the similarities of this island alongside the scenes of Jurassic Park, and live that true rainforest experience. Just across the waters on the Costa Rican mainland is a natural marvel and an ethereal rainforest paradise, Drake Bay Getaway. With miles of deserted beaches either side, palm trees, sun and clear blue waters, this eco-friendly resort is the perfect rainforest escape, without any real dinosaurs on the loose... 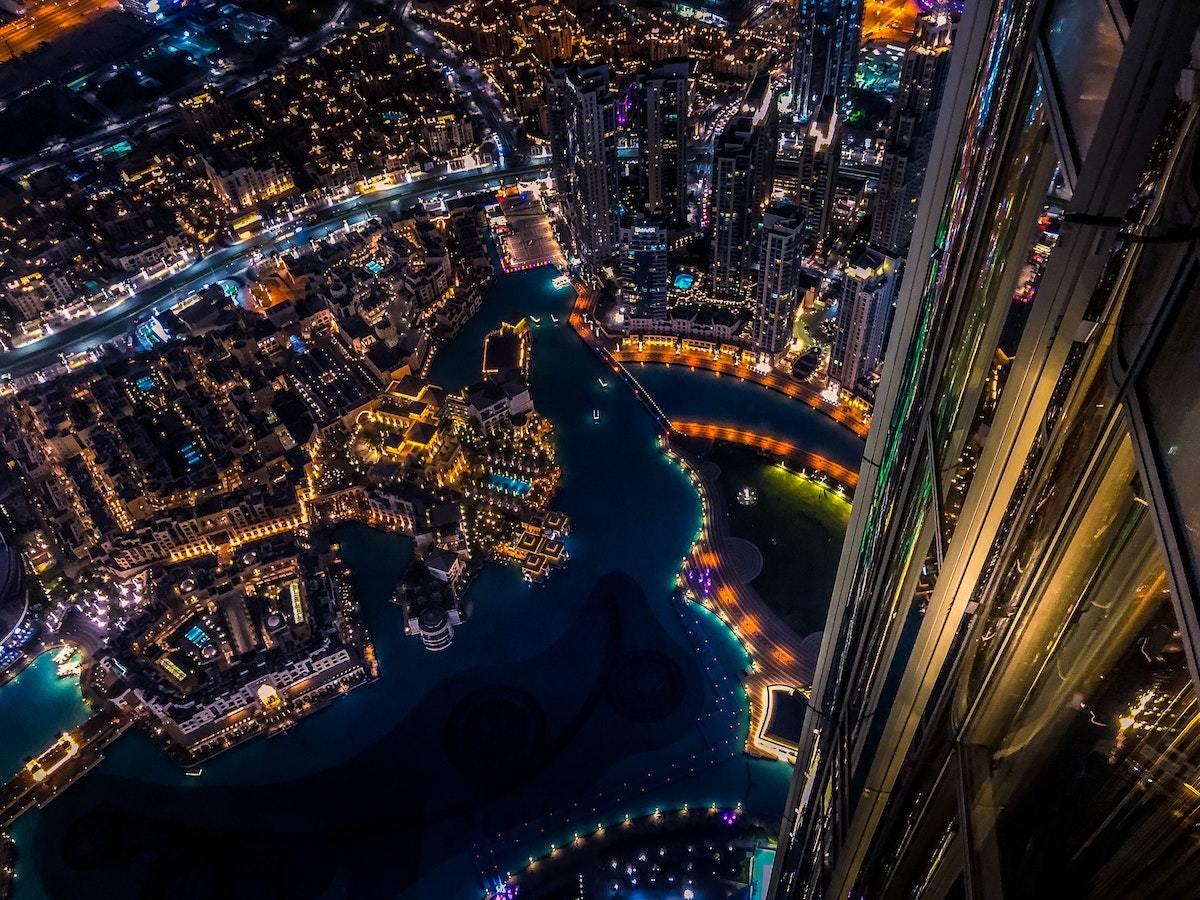 The series of the Tom Cruise American action films follows an agent, Ethan Hunt, working for the Impossible Missions Force (IMF). The fourth movie of the series, M.I: Ghost Protocol was released in 2011 and was a huge hit. The IMF gets shut down due to accusations of the bombing in Kremlin, Russia, and Ethan Hunt has to be broken out of prison as him and his new team of agents try to clear their name. This film was shot in various different locations around the world such as Mumbai, Vancouver, Prague and Moscow, amongst many others, but one of the most iconic, memorable and most difficult scenes to shoot was filmed on the manmade needle-shaped Burj Khalifa, Dubai. As is well-known, Tom Cruise prides himself on filming all his own stunts, yet this one was particularly one of the most dangerous. Dubai’s super skyscraper, the Burj Khalifa, also known as the tallest building in the world, is where Tom Cruise did his dangerous stunt of scaling the building.

Dubai is the international playground for global superstars, and the Burj Khalifa takes centre stage in the famed skyline with millions of visitors and VIPs flocking each year to arguably the most prestigious address in the world. Based in the cities DIFC district, the famous hotelier Four Seasons is the perfect luxury stay. Adding to the city’s glitz and glamour, stay at this extravagant hotel and escape to the lively Luna Sky Bar on the eighth floor, boasting views of the famous Burj Khalifa, so you can re-imagine the scene up close.